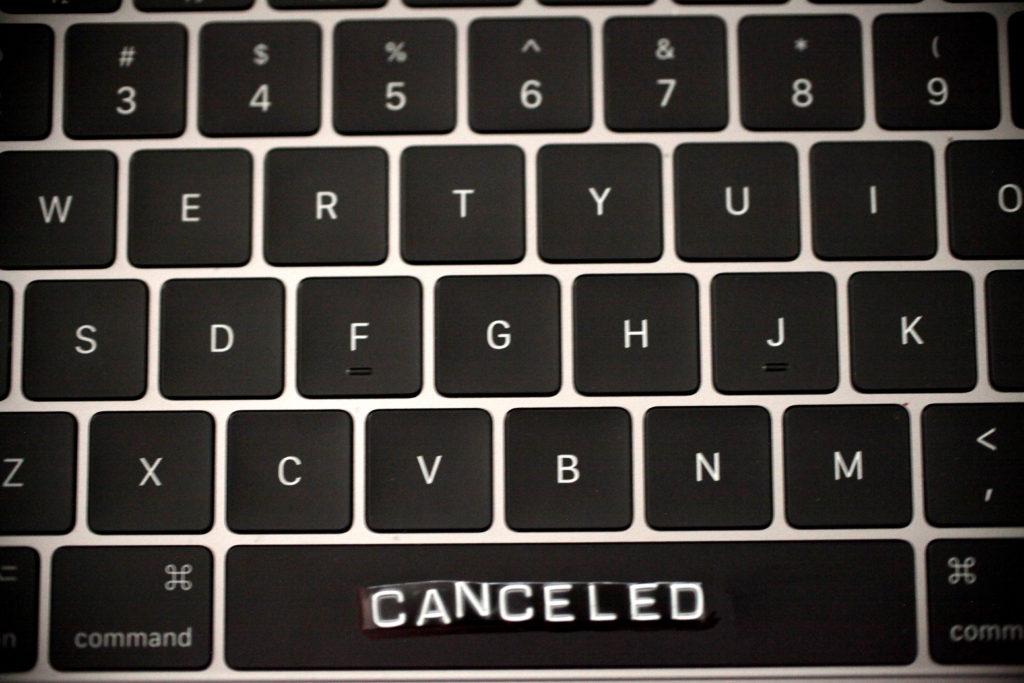 A wave of cultural and political correctness has swept throughout world. In the age of social media, information is abundantly available, and we expect everyone to be socially aware. Social media platforms such as Facebook, Twitter and Snapchat allow users to share opinions, thoughts and ideologies – whether they are good or bad. These ideas come with little to no accountability because at the first sign of backlash, anyone can delete their comments or posts.

However, the same cannot be said for public figures whose every move is being watched by the world. From this, a culture of calling out, and essentially, boycotting public figures was created. It is part of a new societal norm called cancel culture. Any of these figures who step out of line can be “canceled” with nothing else but a wave of public outcry. And, often times, there is no means of redemption when this happens.

The term “canceled” rose to prominence from a popular meme by internet comedian Joanne The Scammer. The meme pictured the comedian in a fur coat with the subtitle, “That’s over. It’s cancelled.” It made its rounds on Twitter and cancel culture was born.

In January, the U.S. television network Lifetime aired “Surviving: R. Kelly,” a six-part documentary series that brought attention to accusations of abuse and sexual assault against the R&B singer.

After the first episode, users took to Twitter to cancel the singer using #MuteRKelly. The hashtag trended worldwide, calling for radio programmers and major streaming platforms to drop his music, according to the Dallas Observer.

The documentary, which was seen by over 20 million viewers, had an immediate effect on his career, according to The Wall Street Journal.

An online petition asking for his concerts in Germany to be canceled was signed over 240,000 times.

One of the organizers of the petition, Salwa Houmsi, an activist, told German international broadcaster Deutsche Welle the petition’s goal was to “show solidarity with those affected and to demonstrate that we hear their voices and believe them.”

Artists including Lady Gaga, Chance the Rapper, Celine Dion and Ciara Princess Harris motioned their previous collaborations with R. Kelly be removed from streaming sites, according to Time magazine.

R. Kelly’s current career trajectory shows that cancel culture is not just an internet fad. Last year, his music was removed from Spotify’s playlists as part of a new hateful conduct policy, according to nbcnews.com.

Comedian Kevin Hart fell victim to cancel culture earlier this year. Hart, who was set to host the Oscars in February, relinquished his hosting duties after past homophobic tweets of his resurfaced, according to CNN.

He deleted the tweets, but the damage was done. Twitter users immediately deemed him canceled.

Hart’s tweets were insensitive, and calling him out for his comments was justified. Hart apologized for the tweets on his radio show, “Straight from The Hart,” stating: “The fight is the will and want for equality. I’m riding with you guys. I understand you. But in the fight for equality, that means that there has to be an acceptance for change.”

He is correct. We as a society have to be more accepting of change. Part of being human is growing and changing. We are not all born educated on every topic and we have to realize that a person’s upbringing and life experiences contribute to their ignorance and views.

While we continue the trend of canceling people, we should introduce a positive way to mirror cancel culture calling it redemption culture.

Redemption culture should be built on educating people on their mistakes and allowing them to move forward in life.

This will be a balancing act. Society should be forgiving, but not too forgiving, especially when it comes to serious offenses, such as sexual assault or blatant racism.

That month, Gunn tweeted a response saying: “Many people who have followed my career know, when I started, I viewed myself as a provocateur, making movies and telling jokes that were outrageous and taboo. As I have discussed publicly many times, as I’ve developed as a person, so has my work and my humor.”

Shortly after Gunn’s firing, many of his colleagues, family members and “Guardians of the Galaxy” cast members came to his defense. Fans took to Twitter to defend him using #RehireJamesGunn.

According to The Washington Post, a petition to rehire Gunn as director amassed 200,000 signatures. Eight months after Gunn was fired – he was rehired as director of the film.

While it is tempting to believe that public figures we have grown to love have always been socially aware, well-spoken and intellectual, it is not realistic.

Like most of us, they have made mistakes and will continue to do so. It is up to the public to decide if these mistakes are something they can come back from.