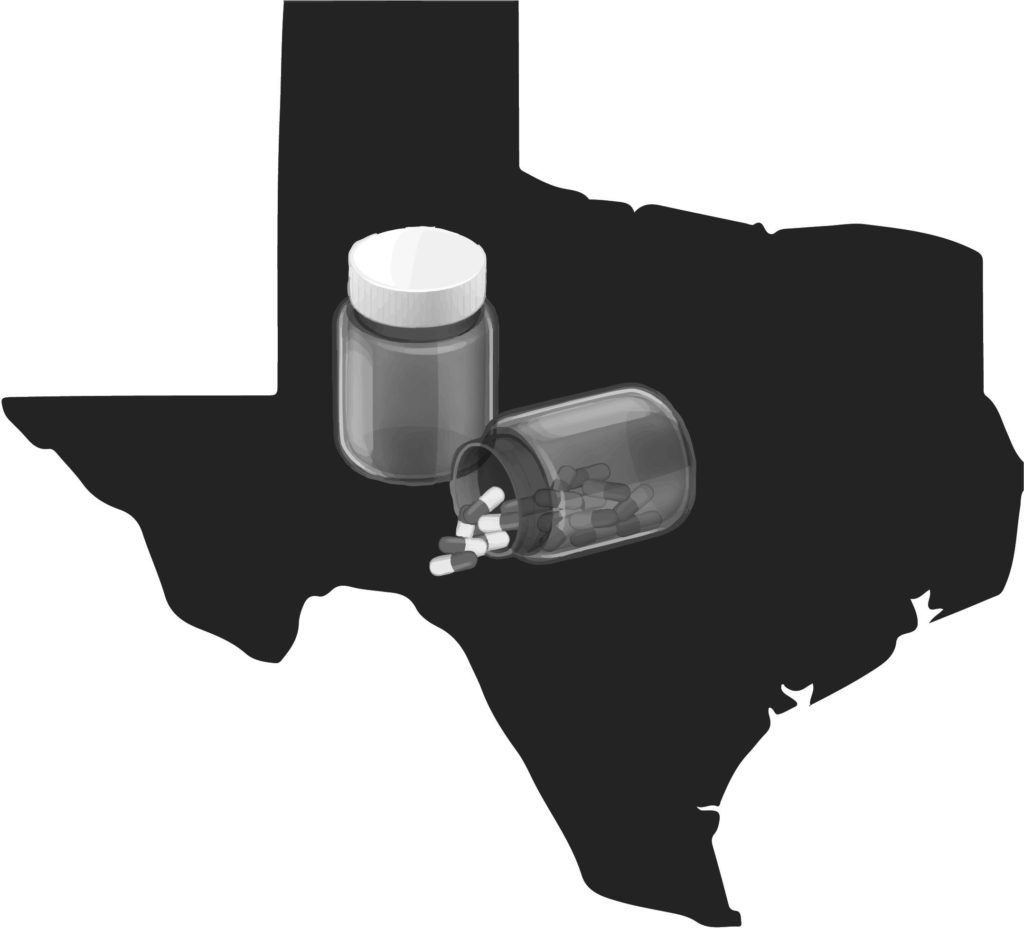 Illustration by Sam Mott | Opioid abuse accounted for 47,000 deaths in 2017, according to the National Institute of Health.

Suffice it to say that many people have been affected by addiction. Many don’t even know when someone close to them is suffering from addiction until it is too late.

The Brother Project, a Dallas-Fort Worth group founded in August, is trying to help by ridding addiction of the stigma it carries and encouraging people to seek help. The project tells the stories of people who suffered from opioid abuse in Humans of New York-style Facebook and Instagram posts.

Rhonda M. Dalrymple, a counselor at Brookhaven College, said students have visited the counseling center with concerns about addiction. Sometimes the students are the ones suffering from addiction, and sometimes it is one of the students’ family members or loved ones, she said.

Dalrymple said while there are no particular resources on campus for those affected by addiction because dealing with substance abuse tends to require long-term, in-depth treatment, Dalrymple said the counseling center does refer people to agencies better equipped to help.

“We would at first meet with the student to assess what the specific presenting concerns are and then have a conversation about referrals, as needed,” she said. “We recently learned of Here For Texas Mental Health Navigation Line, which is a free help line offering information and resources for mental health and substance use issues.”

However, some may find it difficult to even ask for help because of the stigma around addiction.

Neve VanRavenswaay and couple Chris and Madison Haynes are the founders of The Brother Project. Each of them has been affected by the opioid crisis.

“The main reason behind this,” VanRavenswaay said, “is [that] I lost my brother in 2018 to a heroin overdose, and that was something that really rocked my world. It was a monumental loss.”

She said her brother seemed healthy to most people, that even those closest to him did not know he was an addict. VanRavenswaay said: “It can be your mother. It can be your father, your sister, your children. Anybody you know. It can affect you.” She said a lot of people in her family did not know about her brother’s use until it was too late. “I found out six months before he died, and then a lot of people found out the day he died,” VanRavenswaay said.

Chris said his brother had been using drugs from a very young age, and that by high school, his brother was cutting class for days at a time to cook meth. Chris said that after escaping that lifestyle, his brother started using pills. After spending a couple of months sober, he said, his brother relapsed, taking the same dose of Oxycontin as before. His brother overdosed on a friend’s couch.

By starting the group, Chris said, he has been able to show people it is OK to ask for help and that they do not have to be ashamed of their addiction.

The more people start talking about the addictions they and their loved ones face, he said, the more communities will come together to fund positive change in their communities.

For those ready to ask for help, Dalrymple said, establishments such as The Counseling Place, Metrocare Services, Phoenix House and Narcotics Anonymous groups are ready to give it.