Volleyball team No. 3 after nationals 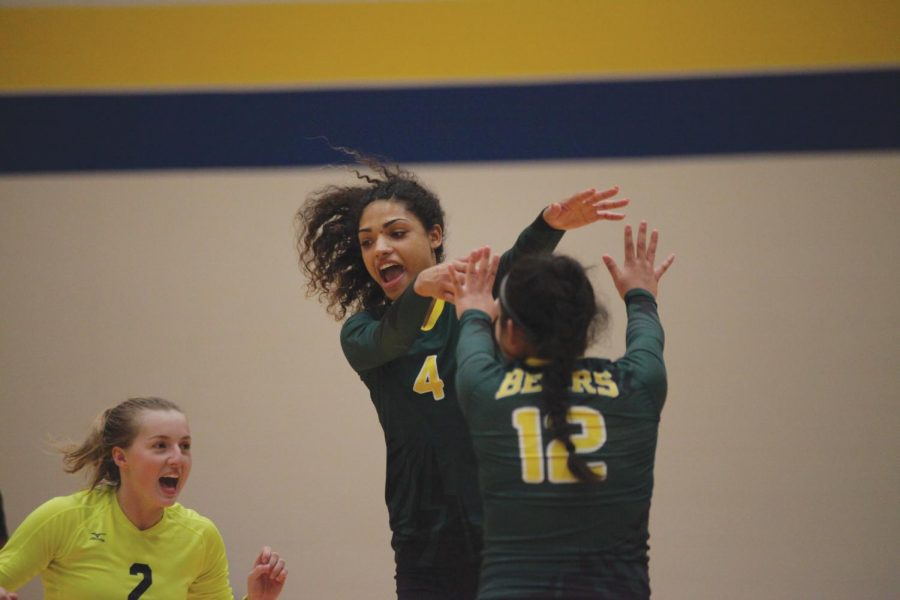 At the end of a roller coaster season, the Brookhaven College women’s volleyball team, found themselves competing for a national title. This was the Lady Bears 13th trip to the national tournament, and their first since 2004.

They had an overall record of 21-12 and went 7-4 in conference which put them in second place and they finished third in national tournament.

They let a couple of the underdog conference opponents get the best of them during the season, but fought through the adversity and continued to believe in themselves. The highlight of their season came when they took down the undefeated conference champs Eastfield College in the NJCAA Region V Finals.

The Lady Bears had to come back from being down 2-0 to win three straight sets in a hostile Eastfield environment and punch their ticket to the nationals. Eastfield was up 14-11 in the final set before Brookhaven scored five straight points to win 16-14 and take home the conference title.

Setter Morgan Frisby said she was happy her team was able to take down Eastfield in their third matchup of the season. “There were times during the game where we were like, ‘Oh, are we going to beat them?’” Frisby said. “Then we pulled through at the end and we came together, fought back and won.”

Brookhaven entered nationals as the No. 4 seed and got a first-round bye. They matched up with Central Lakes in the second round and swept them quickly. The Lady Bears won two of three sets by 9 points. The second set was the closest, and the lady Bears won 25-23.

Brookhaven hit a roadblock in the quarterfinals when they faced defending champs Owens College. Owens beat Brookhaven in straight sets, 25-16, 25-20 and 25-23. Owens beat Eastfield College in the national championship.

The loss to Owens put the Lady Bears in the consolation bracket, where they ended the tournament with a win Nov. 16 after they beat Rochester Community and Technical College in a five-set match. Lady Bears outside hitter Yasmin Miller and middle blocker Laurissa Zavala helped lead the team all season.

Miller said she had a fun first year at Brookhaven and that she was excited to go to Minnesota for the first time.

They both received all-tournament honors at nationals. Zavala recorded 24 kills in the third-place match while Miller had 12. Zavala was disappointed with how the Bears’ run ended.

Brookhaven finished Top 5 in a few stat categories this season: fourth in kills per set, third in total attacks and fifth in block assists.

Brookhaven had their eyes set on a national title, but they should be proud for battling through injuries and upset losses to finish the season strong.

Volleyball head coach Jason Hopkins will look to reshape and rebuild the team for the 2020 season. This time, he will have a lot of returning players who will know what it takes to win and get back to the national tournament.