“I never expected to get into film – it actually seemed like something too elite, too wealthy, too expensive.” -Vadim Dozmorov, former Brookhaven College student 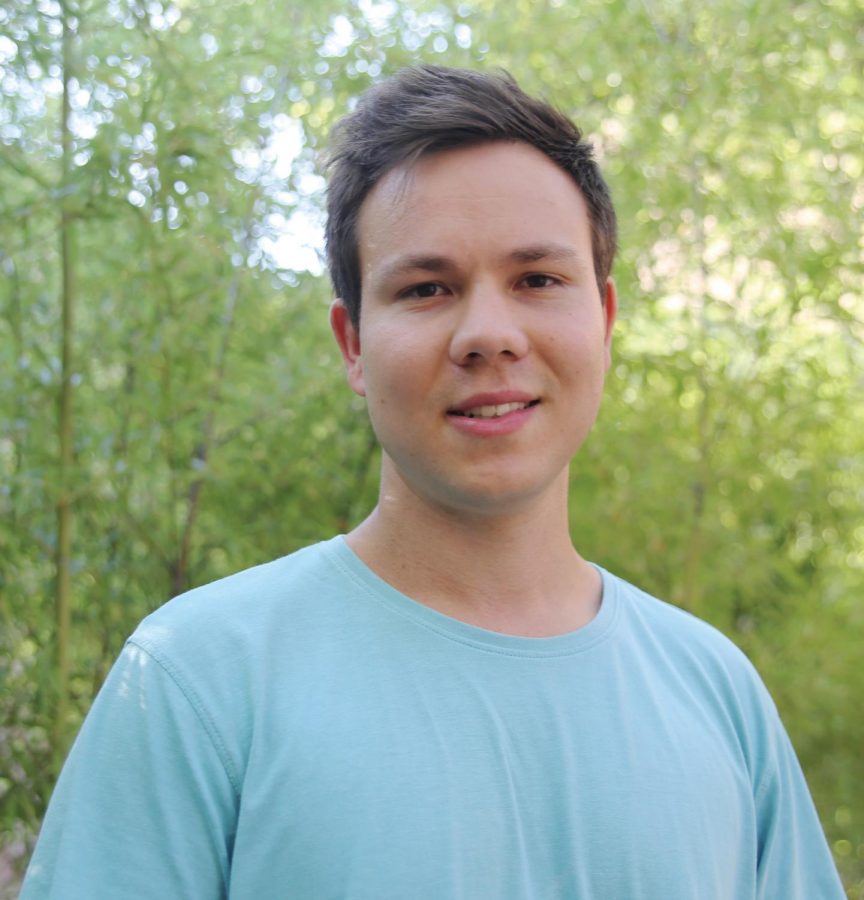 Photo by Jacob Vaughn Vadim Dozmorov is working to turn his short film “Mommy’s Pickles” into a full-length movie.

When Vadim Dozmorov set out to make something fantastic for Fantastic Fest, one of the largest genre film festivals in the U.S., he wanted to shoot it all in Belarus. There are not many genre films in Belarus, he said, and the ones that are made in the country do not reach many people. Dozmorov, a former Brookhaven College student, said he wanted to make one that would reach a larger audience.

A year and a half of work later, the result, a 13-minute short called “Mommy’s Pickles,” was shown before a full-length feature film at the Austin festival.

“It’s about how conservatism turns people into conservatives – conservatives, like pickles,” Dozmorov said. “If you’re conservative, you’re kind of pickling your values or you’re even pickling people, and that pickling can be very violent.”

Dozmorov is a 26-year-old, 6-foot cannon of energy. His feet tap almost constantly as he sits and sips from a cup of coffee. The film made the cut for the festival because it took so long to create, Dozmorov said.

But, Dozmorov said, “I never expected to get into film – it actually seemed like something too elite, too wealthy, too expensive.” Dozmorov’s family, who left Russia after the fall of the Soviet Union, wanted him to become a doctor, he said.

It was not until he reached high school in Oklahoma, where he lived at the time, that Dozmorov began immersing himself in art. “I started drawing a lot,” he said. “I started spray-painting buildings and staying up all night making stencils and going out to art shows, and really loving the vibe I felt from that particular life direction.”

Pursuing art, he said, he felt he was finally choosing something for himself. Once Dozmorov graduated high school, he moved to Dallas. He and his family set out to find a college for Dozmorov. The first school they visited was Brookhaven, just down the street from where they were staying, he said. “We didn’t even end up looking at any other [colleges],” he said.

He enrolled at Brookhaven and began taking art classes. Dozmorov said he believes the art department at Brookhaven is on par with any art university, college or academy. “These are pretty committed professors,” he said. “That’s what’s awesome – that they themselves are artists. They’ve gone through the same experiences that most of the students have.”

He began creating illustrations for The Brookhaven Courier and taking classes with Daniel Rodrigue, the lead adviser for the newspaper. Dozmorov said the energy in The Courier’s newsroom is similar to that of a film set.

“The moment that I went into the newsroom here, there’s a particular vibe – like people running around trying to turn something in, press night and all that,” he said. “It’s kind of got something similar to how things are on a film set. It’s also this very energetic process – people running around trying to put up lights, you know, and somebody’s talking to another person about how to put the camera.”

But one of the most important things he learned at Brookhaven, Dozmorov said, was how to pitch ideas to people for creative projects. Through these classes and his work on the paper, Dozmorov learned how to take his ideas for projects and pitch them to people in a way that not only interested them, but made them want to be involved. This skill would become crucial later on in his film ventures.

Dozmorov said he made his first step into the world of film after meeting an actress at Brookhaven. A film project she was acting in needed another actor for one scene. Dozmorov volunteered, earning his first IMDB film credit. In the film, the actress answers a telephone call in bed, and the camera pans to reveal Dozmorov is lying next to her.

Several other small acting parts later, Dozmorov moved to Belarus to continue his art education. But after two years of art classes at Belarusian State Academy of Arts, Dozmorov began to get bored. He missed the high energy vibe of the film set, so he began studying production design. This led him to his first directing opportunity.

The international students office at Belarusian State Academy of Arts asked him to direct a commercial for students attending the school from other countries. “We ended up coming up with a concept for the commercial and filmed it in a day and it turned out pretty good,” he said. The school ended up using the film as an official commercial.

Not long after, Dozmorov was invited to Minsk International Film Festival Listapad. There were filmmakers from all over the world at the festival, and among the chatter, Dozmorov heard someone speaking English.

He made his way through the crowd and said, “‘Hey, man, where are you from? Your English is great.’” The man turned out to be Evrim Ersoy, the creative director for Fantastic Fest. Dozmorov said: “‘Are you kidding? Let me have your card or anything and I’m going to make a movie for you.’”

Once Dozmorov wrote the script, in which a Belarusian woman brings her American husband home to meet her mother, he set out to find the best people he could to be a part of the project.

Dozmorov went through four directors of photography, three production designers and four writers. People around Dozmorov were telling him he should give up, but he did not. “I didn’t let up,” he said.

His year and a half of work culminated days of filming. Finally, the film was finished and Dozmorov submitted it to the festival. Once it made it into Fantastic Fest, it was also accepted into Beyond Fest, a genre film festival in Hollywood.

At the two festivals, Dozmorov worked to make connections to help him with the goal he is working toward now: turning “Mommy’s Pickles” into a feature film