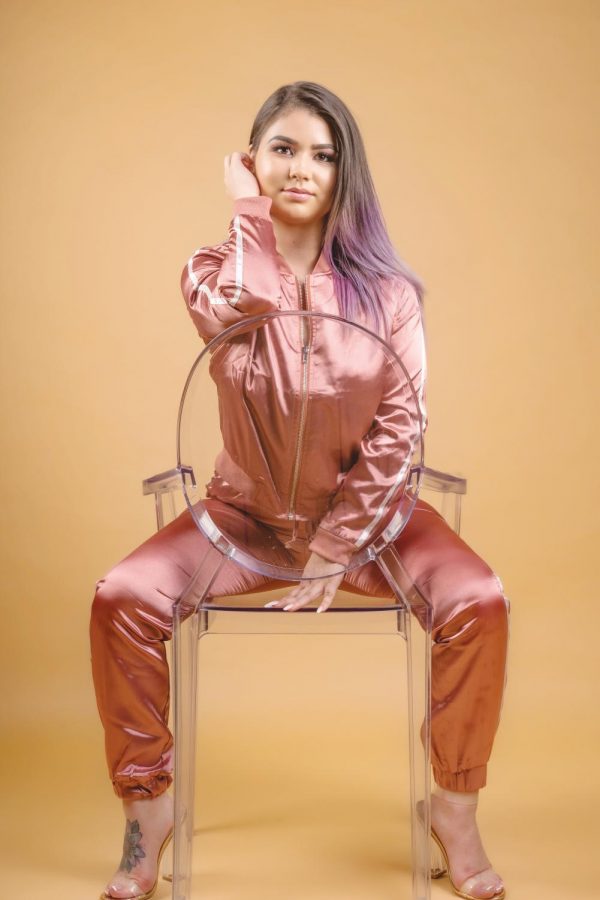 Katarina Arriaga, a local Latin artist and former Brookhaven College student, has released her first solo EP, “20/20.” During her career, she has released music in several genres such as, hip-hop, pop and Latin pop. Originally performing under the stage name Silentt Echo, she released a joint EP with local rapper Shumba in 2017.

Arriaga’s passion for music and performing first started when she was younger. She said that growing up she was an angry child, but music gave her purpose. “I was so mad at the world all the time, but the music made me happy,” she said. “I have always wanted to sing,” she said.

“I remember I would walk down the street all the time holding a mic,” she said. “It wasn’t even a mic – it was like a pepper-grinder or something–but that didn’t matter to me.”

As she got older, she decided to pursue music professionally, to her mother’s dismay. “My mom and I started to not have the best relationship,” she said.

Arriaga said as the relationship with her mother worsened, she decided to move out. “It was so important to me that I had to lift my whole situation up and move,” she said. “I was bouncing from couch to couch.”

In October, she released her first solo EP, “20/20” the Latin-trap infused set features her single “Hit My Line” and the tracks “Tone” and “Escuchame.” The EP, which shies away from the hip-hop sound of her first project with Shumba, features Spanish and English songs.

Arriaga said including Latin inspired sounds in her music is important to her. “I am blessed to be Hispanic and blessed to be living in this time because Latin music is hot,” she said

In September, Arriaga released a music video for the lead single of the EP titled, “Hit My Line.” “I wanted to make sure the focus of the video just wasn’t me dancing with some guy,” she said. “I wanted women empowerment. That is why you see me dancing with my girls for most of the scenes.”

Arriaga took classes at Brookhaven before deciding to leave school to take music more seriously. A conversation she had with a history teacher after class was a turning point for her. “He asked me why I was coming to school, and I told him I was doing it because of my parents,” she said. “He then told me that if I was good at anything else that I didn’t have to come to school.

“I know if I was in school right now, I know it wouldn’t be for what I love. I am happier now that I am not forcing myself to go to school.”

Arriaga’s decision to pursue music came full circle when her mother got to see her perform for the first time at the House of Blues Dallas. “She wanted to cry,” she said. “The other day she gave me the ‘go.’

“Finally, she told me that she was proud of me for pursuing my dreams.” The validation from her mother gave Arriaga a form of relief. “It came out of nowhere and tt was a huge weight off my shoulders,” she said.

Arriaga said she hopes to continue to push herself as an artist and that she hopes to make her family proud. “They are a big reason I am doing what I am doing,” she said.

She said she would tell that younger version of herself running down the street with the pepper-grinder mic to believe in herself. “I believe in the impossible, and I would tell myself, ‘Don’t believe the noise.’”