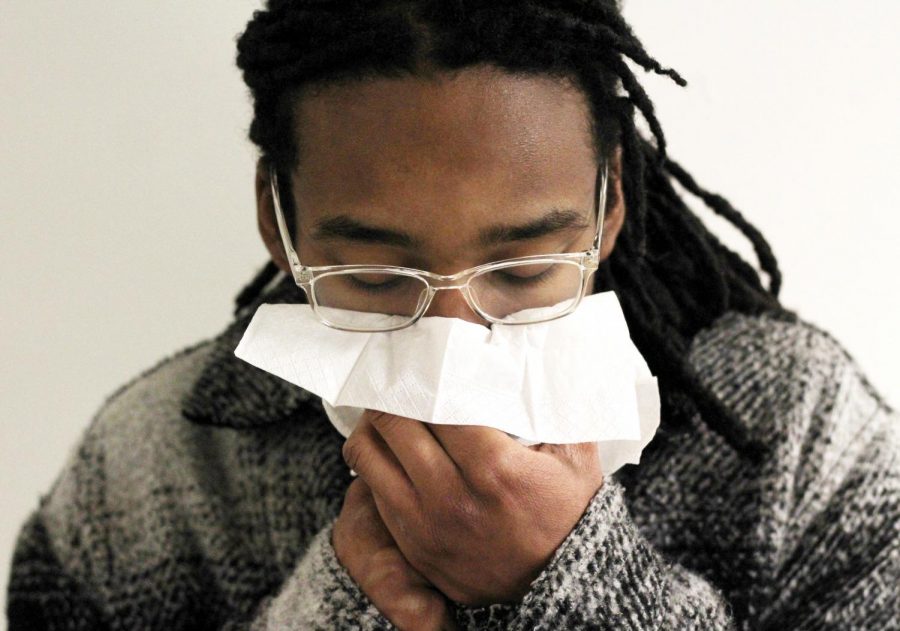 Photo illustration by Sam Mott The CDC estimates that around 15-21 million people will get the flu this year.

As of Jan. 4, 32 states reported a high level of influenza-like illness symptoms, according to the Centers for Disease Control and Prevention Influenza Surveillance Report. For the week of Jan. 18, the number dropped to 29, but there is still cause for concern for the remainder of the flu season.

According to The Dallas Morning News, Dallas County is confirming flu cases at a higher rate than the rest of the nation. About 26% of all flu tests in Dallas County this season have come back positive, compared to 23% nationally.

Mildred Kelley, Brookhaven College nurse, said: “The flu season started early this year, and the season still has yet to peak this year. If you do get the flu and you have had the shot then the flu will not be as intense compared to you not getting the flu shot.” Kelley said, “Covering your mouth when you sneeze or coughing and washing your hands will help with most illnesses.”

The two most common strains of the flu are influenza A and B, according to Time magazine. But only influenza A viruses are known to cause pandemics.

In total, 9.7 million cases of the flu and 4,800 deaths due to the flu have been reported so far.

The flu vaccine cannot be given to children 6 months old or younger, nor to people with life-threatening egg allergies or allergies to the flu shot, according to the CDC.