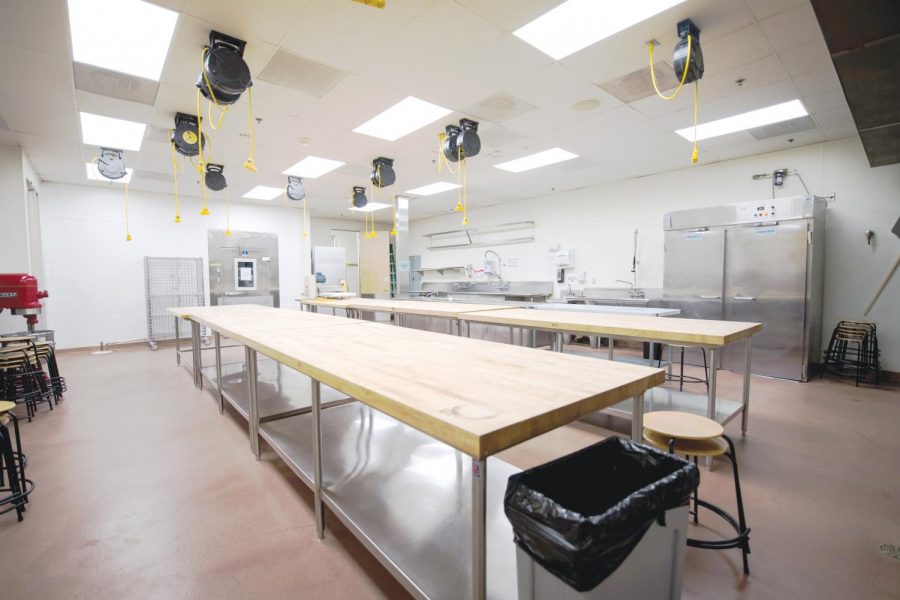 The Dallas County Community College District Food and Hospitality Institute is heating up with a new name and recent expansion into North Dallas. December 17, DCCCD announced the Institute – soon to be renamed the Culinary, Pastry and Hospitality program – will expand into the closed Le Cordon Bleu culinary academy located at 11830 Webb Chapel Rd., Suite 1200.

The expansion provides students a world class training facility in an area with a number of restaurants. DCCCD began negotiations for the facility soon after it closed, but was initially thwarted by now shut-down kitchen concept Pilotworks.

Enrollment has begun for the March 24 start of the Culinary Arts Foundations Certificate program at the facility, which will be called the DCCCD Culinary, Pastry and Hospitality Program North Campus.

According to its website, the program consists of accelerated studies that combine “classroom theory and workplace practice to embed strong technical skills in our students.”

The new campus provides a fast track program organized in a system of stacked or modular certificates. The Culinary Arts Foundations Certificate is the beginning point for the program. Once students complete that, they can choose a culinary or pastry specialty and advance to a two-year Culinary and Hospitality associate degree.

According to the United States Department of Agriculture, Americans consume 51% of their food away from the home. “The industry has a critical shortage of workers,” Steve DeShazo, director of the Food and Hospitality Institute, said. “This program is supposed to be a workforce development engine.”

DeShazo, a former Navy cook, said the college will develop programs geared toward serious culinary and pastry hobbyists as well as professionals.

In addition to credit courses, the North Campus will offer non-credit continuing education courses. First, the program is aiming to raise awareness of the space with a celebrity chef series, Get Seasoned Dallas! which DeShazo said will be the first of the North Campus’ non-credit activities.

The next event, Feb. 4, will feature Josh Sutcliff from ShipShape Hospitality, a company that helps create concept restaurants.

Previous events with John Tesar, executive chef and partner at Knife Dallas, and Anastacia Quiñones, of José, have sold out. The dinners are open to only 20 people each and start at $129 per person to attend.

DeShazo will hold open house/information seminars throughout the month of February to field any questions regarding the program. Those who wish to attend a session must RSVP with a preferred date and the number of people attending to [email protected] Additional information is also available on the El Centro culinary program webpage at https://bit.ly/2Gvccod.