Lizzo loved for music, not body 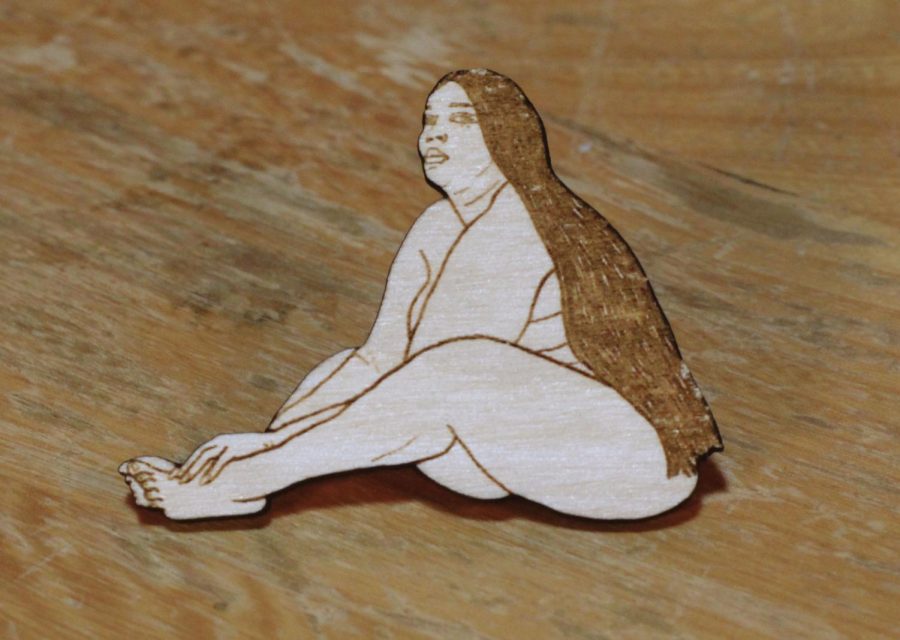 Photo illustration by Sam Mott Rapper and singer Lizzo is shattering the perception of plus sized individuals in pop culture.

Rapper and singer Lizzo’s empowering music and body-positive social media posts have resonated with audiences across the world. Lizzo, born Melissa Jefferson, rose to the top of the charts when her single “Truth Hurts” hit No. 1 on the Billboard Hot 100.

Lizzo, a plus size woman, has been at the center of many debates. Some say her lyrics, image and social media posts glamorize and promote obesity.

Instead of picking apart Lizzo’s image, lyrics and social media posts, we should applaud her for the message she is sending out to the world: a message that promotes body positivity and people feeling comfortable in their own skin.

In January, television personality and personal trainer Jillian Michaels did an interview with Buzzfeed News’ morning show AM To DM criticizing Lizzo’s health and size. She said, “Why are we celebrating [Lizzo’s] body? Why does it matter? Why aren’t we celebrating her music? ‘Cause it isn’t going to be awesome if she gets diabetes.”

I understand that because Michaels is a health advocate and personal trainer, she analyzes situations from a health perspective. However, the statements she made come off narrow-minded and fatphobic.

Michaels’ comments about Lizzo’s weight reflect a belief that all overweight people will face health risks because of their weight. In Michaels’ defense, research does show obesity is linked to death.

According to the World Health Organization, 2.8 million people worldwide die each year from being obese or overweight.

However, according to a 1998 report by the National Institute of Health, overweight women and men whose waist sizes are less than 35 and 40 inches, respectively, can be considered healthy as long as they do not have high blood pressure or cholesterol. Michaels’ comments about Lizzo contracting diabetes were unnecessary.

Using Lizzo’s weight as a way of suggesting she will contract diabetes is dangerous because diabetes is not just a problem that overweight people deal with. According to WebMd, approximately 10-15% of people with diabetes are at a healthy weight.

Michaels isn’t the only person who has criticized Lizzo’s size and lyrics. Twitter commentator Dr. Boyce Watkins said in a tweet: “#Lizzo is popular because there is an obesity epidemic in America. Rather than encouraging people to do better, we are simply lying to them and telling them that they are just fine the way they are. Unfortunately, many of these people are dying from diabetes and heart disease.”

Watkins’ comments are problematic because Lizzo’s music isn’t encouraging anyone to eat unhealthily or to be overweight. Her lyrics promote loving yourself despite your flaws. Lizzo is not responsible for other people’s choices and should not be vilified for them.

Lizzo responded to Watkins’ tweet saying: “I’m popular because I write good songs and I’m talented and perform high energy hour and a half shows filled with love. The only person who needs to do better is you.” Lizzo is correct. It is her lyrics and high energy performances that helped her catch the attention of many.

Lizzo being a plus-sized black woman and seeing so much success in the mainstream music industry is groundbreaking. It shows that the music industry and the general public are starting to support artists regardless of their appearance.

For many decades, pop artists have had to keep up images of being skinny to be accepted. Lizzo is dismantling those unrealistic standards. Instead of being criticized, she should be celebrated.

The real problem some people have with Lizzo is her size. In the media, we are constantly bombarded with images of the ideal body shape and size. It is no surprise that people see Lizzo’s size and weight and consider it wrong. That perception is what we need to work on changing. The culture of being non-inclusive and fatphobic should be a thing of the past.