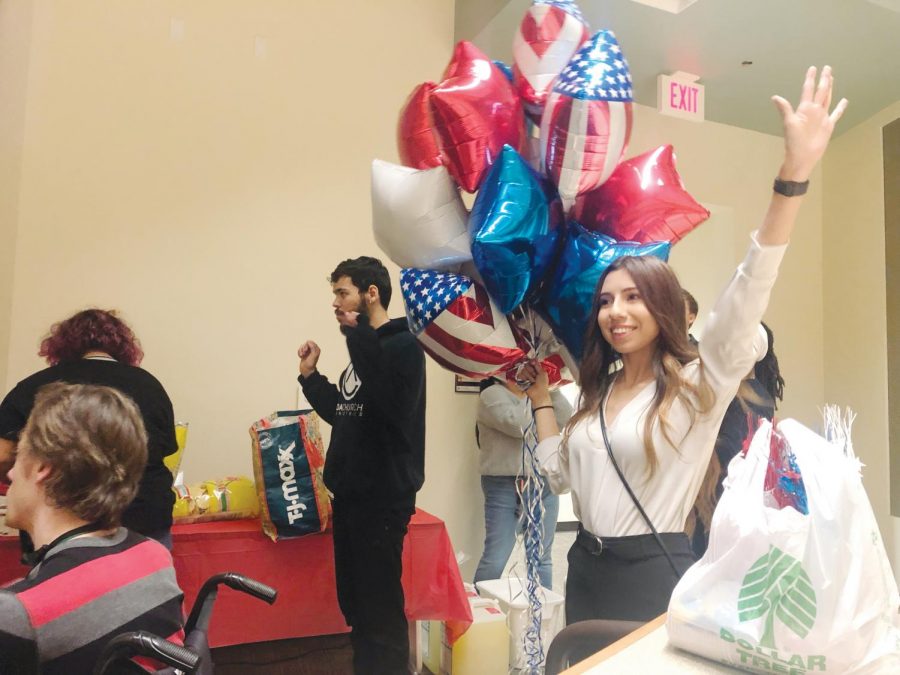 On a debate stage in South Carolina, the Democratic presidential candidates shouted over each other, many of them aiming blows at frontrunner Bernie Sanders.

In Room X1091, students, staff and faculty watched them at a party organized by the Brookhaven College Debate Club.

The club president, Allen Solomon, said it organized the watch party so Brookhaveans could hear each candidates’ stances on important issues. “We want [people] to be a part of the democratic process,” Solomon said.

Former New York mayor Michael Bloomberg was one of the first to fire shots at Sanders at the debate Feb. 25, saying President Donald Trump wants the Vermont senator to win the primary, and that Russia does too. “Vladimir Putin thinks Donald Trump should be president of the U.S., and that’s why Russia is helping you get elected — so you’ll lose to him,” Bloomberg said to Sanders.

Despite the focus on Sanders, none of the candidates left the debate without a mark.

Elizabeth Warren, a senator from Massachusetts, criticized Bloomberg’s past support for the Republican Party, his record in New York City and not releasing women from non-disclosure agreements they signed while working under him at his company, Bloomberg LP.

Bloomberg said he recently released three women from their NDAs. “The senator has got it and I don’t know what else she wants us to do,” Bloomberg said. “The problem is, with this senator, enough is never enough. We just cannot continue to relitigate this every time.”

The other former mayor on the stage, Pete Buttigieg of South Bend, Indiana, said if Bloomberg wins the Democratic primary, the criticism over these NDAs would follow him throughout the general election. But then Buttigieg turned the focus back to Sanders, questioning his electability.

Buttigieg said pitting Sanders against the current president “ends up as four more years of Donald Trump, Kevin McCarthy as speaker of the house and the inability to get the Senate in Democratic hands.”

Amy Klobuchar, a senator from Minnesota, chimed in with a similar point. “I like Bernie,” she said. “We came together to the Senate. But I do not think that this is the best person to lead the ticket.”

Billionaire climate activist and investment banking executive Tom Steyer said he is worried about the race coming down to Sanders and Bloomberg. “We’re either going to support somebody who is a democratic socialist or somebody who has a long history of being a Republican,” Steyer said at the debate. “I am scared.”

Heidy Garcia, the Debate Club’s public relations officer, said her favorite candidate was entrepreneur Andrew Yang before he dropped out of the race.

“I was hoping for Andrew Yang to at least make it to the ballot [in Texas],” Garcia said. “Unfortunately, he didn’t. Today was actually important for me, so I can pick my next option or see if he can endorse someone. But he hasn’t yet. The next person that I would choose right now would be Tom Steyer, because I am passionate about climate change.”

Despite questions about his electability at the debate, Sanders said most polls show him winning in a race against Trump. He said he will beat the president with “an unprecedented grassroots movement of black and white and Latino, Native American and Asian people who are standing up and fighting for justice.”