“Student loans should be a way to finance one’s way through college, not a financial burden that haunts young adults well into financial maturity.” 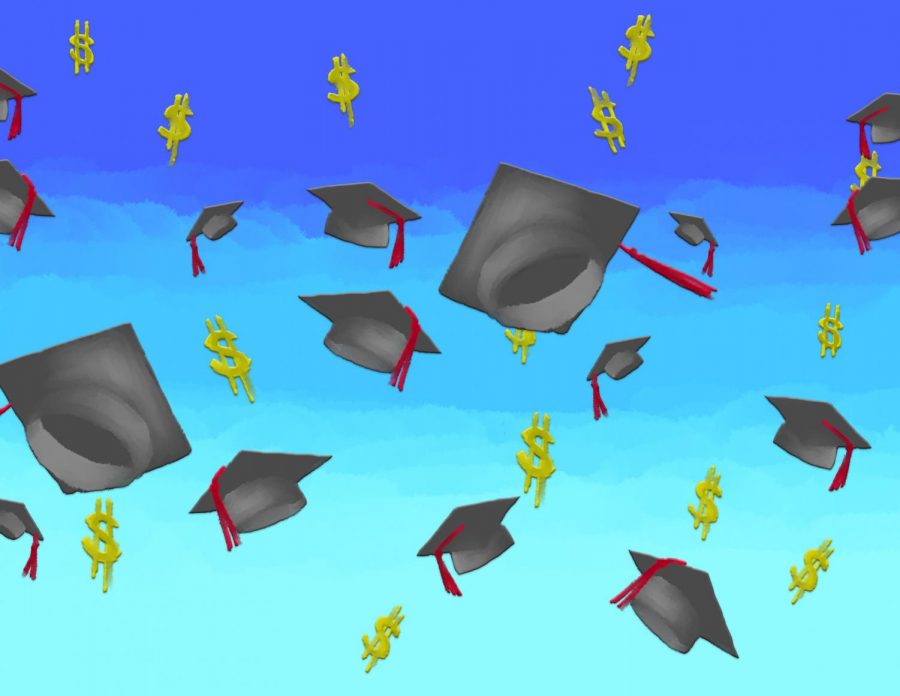 College education costs a pretty penny. No question about it.

One of the ways students across the U.S. afford college is through student loans. However, student loans can be hard to afford. According to CNBC, this year the average college graduate is about $29,200 in debt.

There are programs to ease the burden of student loans. One such program is the Public Service Loan Forgiveness, or PSLF, program. This program forgives the remaining student debt of individuals in public service positions who have made 10 years of on-time loan payments.

In February, the then-President Donald Trump Administration announced its intent to cut the PSLF program, according to USA Today.

Enacted in 2007 by President George W. Bush, the PSLF program is meant to incentivize graduates to choose jobs in the public sector instead of the more lucrative private sector.

Requirements for the program appear simple: Work full-time for a government agency or certain nonprofits, have direct loans or consolidate other federal student loans into a direct loan, and make at least 120 on-time payments on an income-driven repayment plan.

The PSLF program is, in reality, a catastrophe. According to the Department of Education, the rejection rate for this program is an astounding 99%. This rate is partially due to the complexity and specificity of the program’s requirements.

As a result, thousands of people across the country found out after 10 years that they hadn’t qualified for forgiveness – primarily because they were either not making payments on the plans outlined by the program or because they had the wrong type of loan.

Those students who centered their financial decisions on the belief they would one day qualify for forgiveness are now saddled with loans – and the interests on those loans – that they cannot afford.

Instead of the PSLF program, Trump proposed an income-based repayment plan that would forgive students’ federal loan debt after 15 years.

For reference, borrowers today can receive forgiveness after 20 years for undergraduate students and after 25 for graduate loans.

Income-driven repayment plans, as their name implies, are adjustable for income. The promise of lower monthly payments appeals to many. However, because interest is compounded on monthly payments, it can significantly slow the process of paying back one’s debt in full in the long run.

The recent student loan debacle calls into question more than the PSLF program. The ineffectiveness of the program is a huge red flag that calls attention to the whole economic system surrounding higher education. According to The New York Times, the cost of tuition has more than tripled since 1980, even when adjusted top inflation.

The monetary return on investment on a college degree is decreasing. Millions of students across the country are told job security is only possible with a college degree. While there is definitely a significant increase in earning potential, this is often not enough to make up for debts accumulated while pursuing a degree.

When weighting the debt burden they will have to take on against what they will be making when they get out of college, many students bite off more than they can chew. They take on debts they should be able to pay back based on the average income of their major.

While college tuition costs have increased at an astounding rate, there has been no decline in the number of individuals attending college. College is more expensive than ever, more students are attending college and more people with the same credentials are competing for a limited number of jobs. More competition means more graduates take jobs that have little to do with their major, but are still held accountable to pay loans taken to pursue said major.

The PSLF program is just one example of a broken student loan system. It shines a light on how increasingly difficult it is for individuals to afford college, relying heavily on external financial aid.

Student loans should be a way to finance one’s way through college, not a financial burden that haunts young adults well into financial maturity.

Everyone should be afforded the opportunity to receive an education. With astronomical costs of tuition and governmental programs such as the PSLF failing to be the saving grace they were promised to be, college is becoming more of a consumer good than a right: Those who can afford it, buy it and those who can’t are left at a disadvantage.

While Trump’s idea to cut PSLF initially sounds like a bad idea, the reality is that because of its ineffectiveness, the program needs to go. There is no simple answer for the next step in the student loan crisis. Cutting the PSLF program would discourage individuals from seeking out jobs in the public sector and negatively impact those currently going through the program. A more effective alternative is urgently needed.

PSLF needs to burn and, like a phoenix, allow a superior program to rise from the ashes.