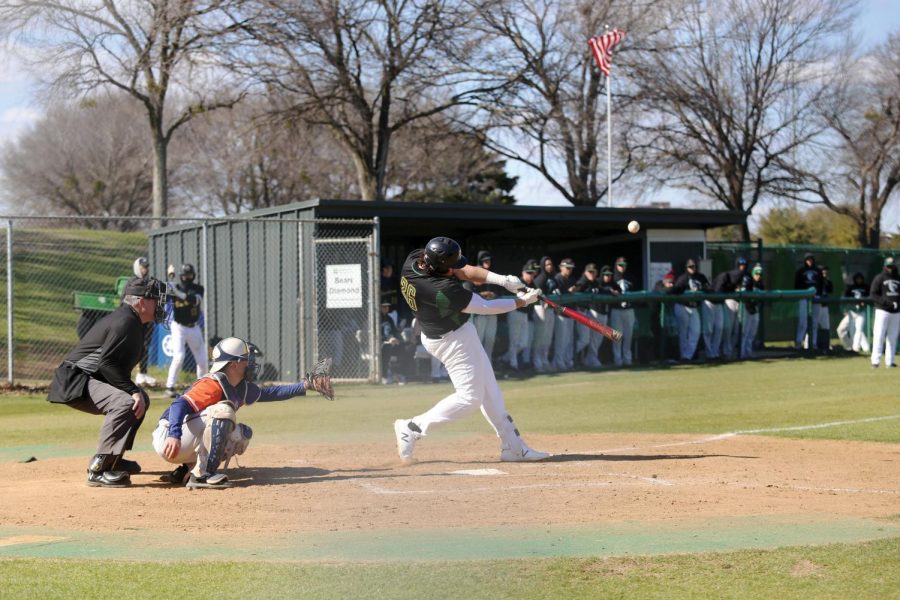 At the top of the game, left-handed pitcher Trevor Gracey took the mound for the Bears. The Eastfield Harvesters came out swinging and built an early 2-0 lead. The Bears settled into the game after that.

First baseman Grimsley Kyler got the Bears on the board with a single in the bottom of the third, driving in catcher Jase Jones to cut the Harvester lead to 2-1.

Gracey and the Bears made quick work of the Harvesters in the top of the fourth. Gracey retired the side in order. Jones gunned down infielder Jacob Manaska trying to steal second. He delivered a laser, and it was not even close. Manaska was out by a mile.

The Bears came roaring to life in the bottom of the fourth inning, plating seven runs. Outfielder JJ Davis got the party started with his two-run homerun which was an absolute bomb to center field.

The Bears patience was on full display in their half of the fourth. With two outs and runners on second and third, the Bears drew back to back walks.

The first walk loaded the bases, and the second drove in a run and made it 4-2 in the Bears’ favor. Third baseman Brett Wagner was up next for the Bears. He was beamed with a pitch that drove in another run, bringing the score to 5-2.

With the Harvesters’ wheels shaking violently, designated hitter Lucas Abbott stepped into the batter’s box. He clobbered the second pitch for a bases-clearing triple. The Bears took an 8-2 lead.

Gracey left the game after the fifth inning with a six-run lead.

The Harvesters amped up for a comeback and methodically chipped away at the Bears’ lead. They plated a run in the top of the sixth inning, cutting the lead to 8-3.

The Harvesters made quick work of the nevertheless potent Bears lineup for the rest of the game. The Harvesters plated two more runs in the seventh, cutting the lead to 8-5.

By the bottom of the eighth inning, the game was all tied up at 8-8. Then the Harvesters went in for the kill. A bloop single to the gap in shallow right would score the go-ahead run.

Down to their final out in the bottom of the ninth, the Bears found themselves in position to win or tie the game, with runners on second and third. But the threat ended there, and so did the game. The Harvesters defeated the Bears 9-8.

After the game, head coach Kevin Hurst said, “Trevor Gracey did not have his best stuff today, but went out there, competed and battled, got us through five innings with the lead. We just ran into a hot pitcher. … That’s just baseball.”

As of press, the Bears have an overall record of 9-6, and they are 2-2 in conference play. The Bears’ next home game is against the Mountain View College Lions at 1 p.m. March 6.