COVID-19 starts in China, breaks out

Coronavirus is spreading around the world, and misinformation is spreading with it. But Brookhaveans and state officials say they are prepared. 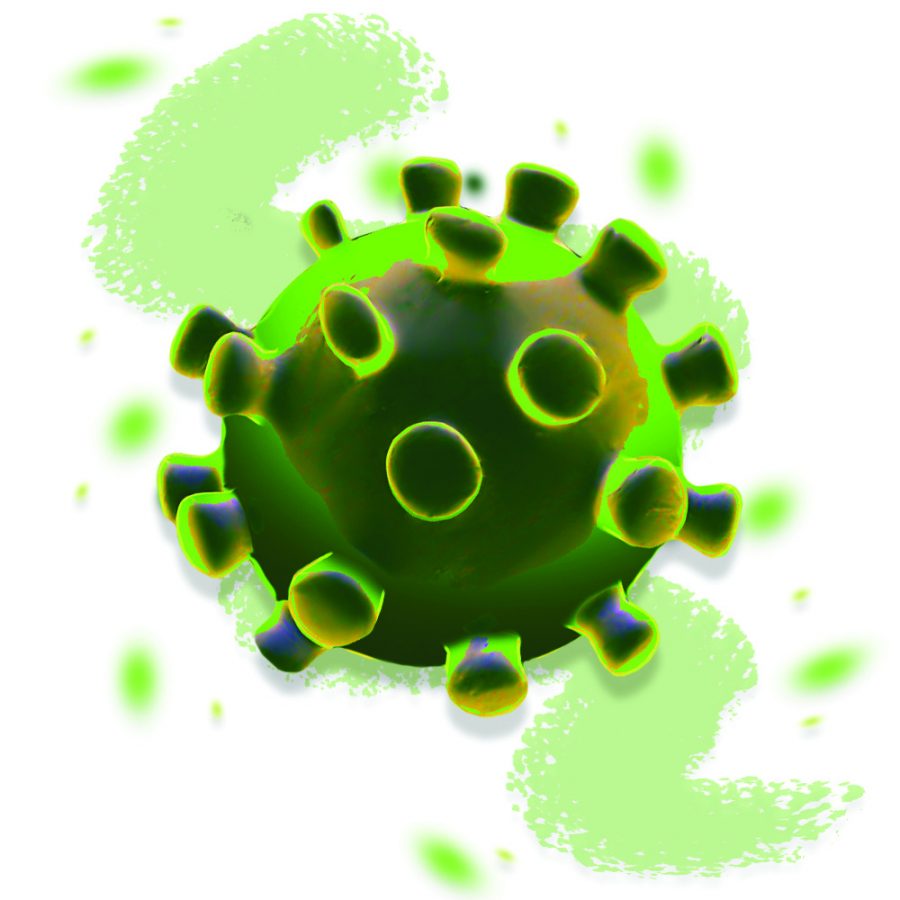 Countries are keeping close eyes on their borders as cases of coronavirus top 80,000 worldwide.

The coronavirus epidemic began in Wuhan, China in 2019. As 2020 rolled around, the disease, named COVID-19 by the World Health Organization, spread throughout China. On Feb. 26, more new cases were reported outside the nation than inside it, according to The Associated Press.

COVID-19 is caused by a member of the coronavirus family that is a closely related to the SARS and MERS viruses, which have caused outbreaks in the past, according to AP.

But so far, COVID-19 does not seem to worry students, staff and faculty at Brookhaven College.

Mildred Kelley, Brookhaven nurse, said, “Some students have come in asking for a mask, but primarily it was because they were feeling under the weather.” Kelley said she asked students whether they were trying to protect themselves from others, but the reason was usually the opposite: “They didn’t want to spread it to their classmates,” she said.

Peggy Mason, a microbiology professor, said the chances of COVID-19 becoming a threat to the U.S. are high. “It’s already here,” Mason said. “We feel like we have it under control here.”

Mason said officials are tracking everything they can, but that symptoms do not appear immediately. According to the Centers for Disease Control and Prevention, symptoms include fever, cough and shortness of breath.

“I would take a look at the case of the British businessman who picked it up in Singapore at a hotel at a conference [and] was not yet showing symptoms,” Mason said. The businessman went to Switzerland, where he spread the virus to other people at a ski resort before being diagnosed.

Misinformation on the origins of COVID-19 has made the rounds on social media. It was rumored humans first caught the virus that causes the disease, called SARS-CoV-2, by eating bat soup in Wuhan, according to the BBC. But while experts strongly suspect the virus originated in bats, no one knows exactly how it was transferred to humans, according to Vox.

Mason said the bat soup and COVID-19 are not related, and the reason people think they are is that many emerging viruses come from bats. “Since probably a number of people have heard that association, when this came out, it made it more credible because they’d already sort of heard that bats carry viruses,” Mason said.

On its way to humans, the virus may have passed through pangolins, a type of small, scaly endangered anteater often illegally traded in Asia for its meat and the value of its scales in debunked traditional medicine, according to Vox.

SARS-CoV-2 may have first spread from animals to humans at one particular live animal market in Wuhan, according to the CDC.

But since then, the virus has been transmitted mainly between people and mainly in droplets of sneezes or coughs, according to the CDC.

Mason said SARS-CoV-2 is the type of virus that does not survive very long out of the right conditions. This makes it very unlikely the virus would survive an international shipment, unless it were sent under the right conditions on purpose as a sample, she said.

State and local officials say they will be well prepared if a coronavirus outbreak comes to Texas.

“Dealing with the Ebola experience in Dallas years ago really did a great job of preparing Texas to deal with this coronavirus challenge. … in Texas language, this isn’t our first rodeo,” Gov. Greg Abbott said Feb. 27, according to CBS DFW.

The same day, the Texas Department of State Health Services said it is preparing state laboratories to test for SARS-CoV-2 and coordinating with medical associations and universities in Texas to distribute “educational materials and the latest developments in research and treatment methods for the virus,” according to CBS DFW.

May said students, staff and faculty should avoid panicking and seek factual information on the disease from reputable sources such as the CDC and the DSHS.