Puppets brought to life on stage 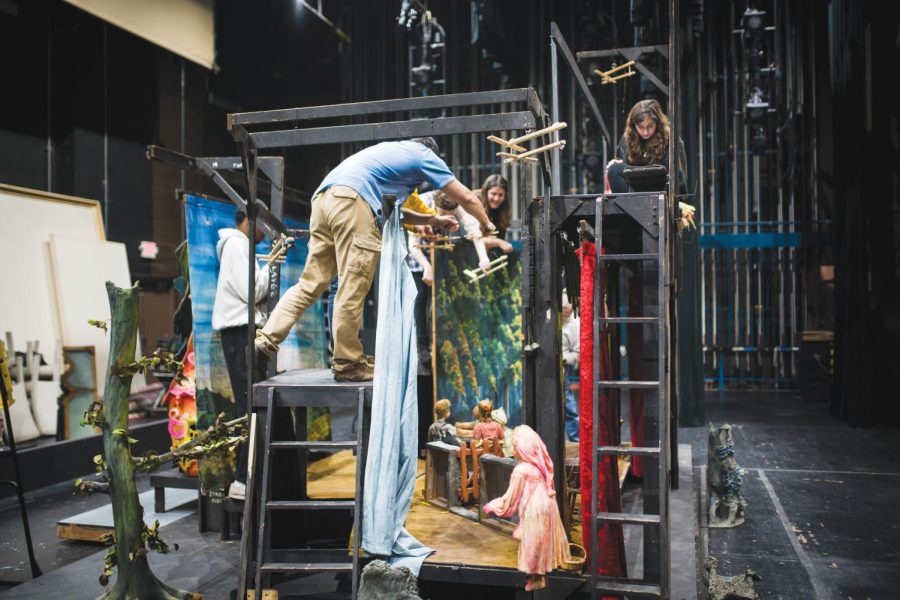 The Brookhaven College School of the Arts will bring puppets to life in a modernized version of the classic marionette production “Hansel and Gretel.” The production will be presented  March 5-8 and 12-15 in the Performance Hall. The production is free and open to the public.

This production will give Brookhaven and the surrounding community the opportunity to experience a live production that has not been performed in over half a century, Michael Robinson, co-director of the production, said.

Darise Error, Brookhaven theater department chair, said the production is also special because it features puppets and scenery from an internationally touring marionette theater by Sky Highchief. He was a grandmaster puppeteer and sculptor. In addition to working as an animator for the stop-action film, Highchief designed and operated the puppets.

A puppet is considered a marionette when manipulated by strings.

Many of the items in the marionette theater were used in the 1954 stop-action animation production of “Hansel and Gretel.”

Pix Smith, Dallas Puppet Theater director, obtained the puppets from the late Highchief and loaned the collection to the Brookhaven theater department for its spring production.

a rare opportunity: The chance to work with puppets. The students must not only practice voiceovers while conveying emotion, but also properly and accurately manipulate the puppets, she said.

The production is co-directed by Robinson, master puppeteer and Brookhaven adjunct theater faculty, and Bonnie DePasse, a Brookhaven alumna. Robinson and DePasse have worked together in the past and co-directed “The Laramie Project” for Brookhaven’s 40th anniversary celebration.

Robinson said in an email to The Courier that he is training cast members on puppet manipulation with additional help from Smith, a master puppeteer. The cast is benefitting from the combined efforts of two master puppeteers in an art form they may have had very little contact with before.

While DePasse works with one cast on their lines, the other cast is working with Robinson learning to manipulate the puppets. “As a master puppeteer, [Robinson] has the

knowledge and know-how to pull this off,” Error said.