The Brookhaven Courier • May 13, 2020 • https://brookhavencourier.com/106014/arts-culture/brookhaven-theater-department-presents-hansel-and-gretel-puppet-production/ 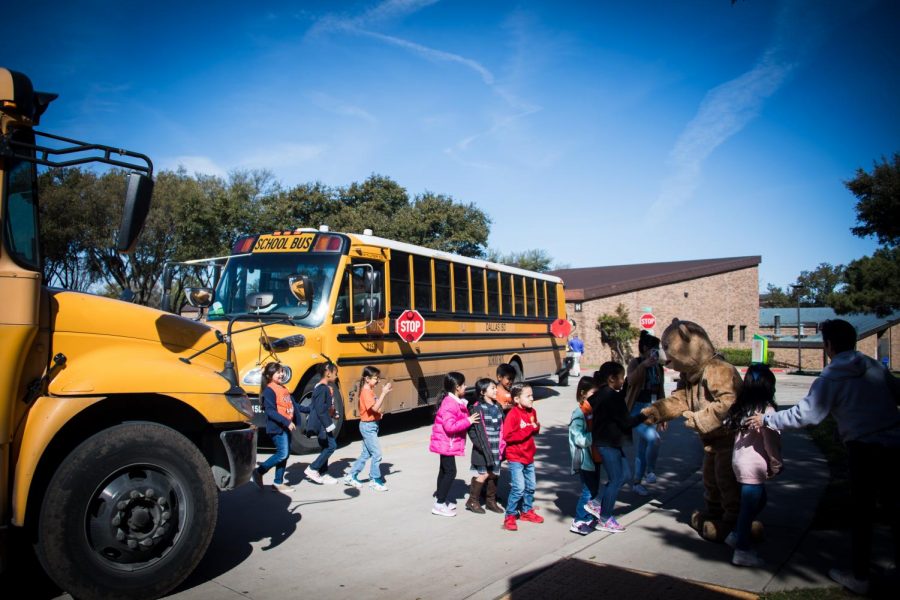 Editor’s note: This story was originally scheduled to publish in our April 4 print edition of The Courier, but due to COVID-19 precautionary measures on campus the story was delayed.

Local elementary students and teachers gathered March 6 for a special matinee of the marionette adaptation of Hansel and Gretel. Children and adults oohed and aahed as puppets came to life on stage in the Performance Hall at Brookhaven College.

Darise Error, theater department chair, said the idea for the show was born out of a desire to put on a children’s production this year. “Back in 2015, we did ‘Where The Sidewalk Ends’.” Error said in an email to The Courier, “We had invited area elementary schools. We got hit with the ice apocalypse, and the school was closed.”
Not only was the theater department due for a children’s production, but the stars aligned when adjunct theater faculty Michael Robinson told Error he had access to an entire collection of puppets for a production of Hansel and Gretel.
Four hundred kindergarteners, first graders and fifth graders were greeted by the Brookhaven Bear mascot as they descended yellow school bus steps. Brookhaven volunteers directed children and teachers from local schools to the Performance Hall. As they entered, one child said: “It’s like a movie theater.” Another child said, “It looks super beautiful.”
Robinson took the stage to introduce the show and amp the crowd. The children laughed when Robinson said they should sit still in their chairs or they might turn into a little kid sandwich. He gave instructions on proper show etiquette. When something funny happened in the show, laughter was encouraged, he said. Also, in order to help any adults that might be afraid of the dark, the best thing to do is clap when the lights go out, Robinson said. And as the lights dimmed to begin the show, the children clapped on cue. The crowd giggled when the duck bit the bear’s bottom and an audible gasp was heard when the witch made her grand entrance. However, the witch’s broom stole the show as predicted by Pix Smith the owner of the puppets. In the end, the duck walked away the hero – biting the witch’s bottom making her jump into the oven.
When the curtains closed on the puppet stage, Robinson took the stage once again asking the crowd whether they wanted a special peek behind the scenes. The enthusiasm from the children grew as the large black curtains pulled back to reveal the magic behind the puppet show.
Robinson explained the special stage, a two-bridge stage, which allowed the actors to manipulate the puppets from above. He then opened up the time for questions from the audience.
One child asked how the story was created while another child asked how the actors did the voices. Robinson to each question in turn: A fellow puppeteer created the script; actors watched the marionettes and matched the voices to the actions.
Before the children took their lunch in the Commons Courtyard, the actors greeted them at the exit allowing the children to gently touch the marionettes. Children kneeled for a closer look at the colorful witch. Others decided they preferred seeing the witch from a distance and ran away quickly.
Additional shows were scheduled for March 13 and 15 but due to precautionary measures because of COVID-19, the last presentation occurred March 12 before the campus closed.