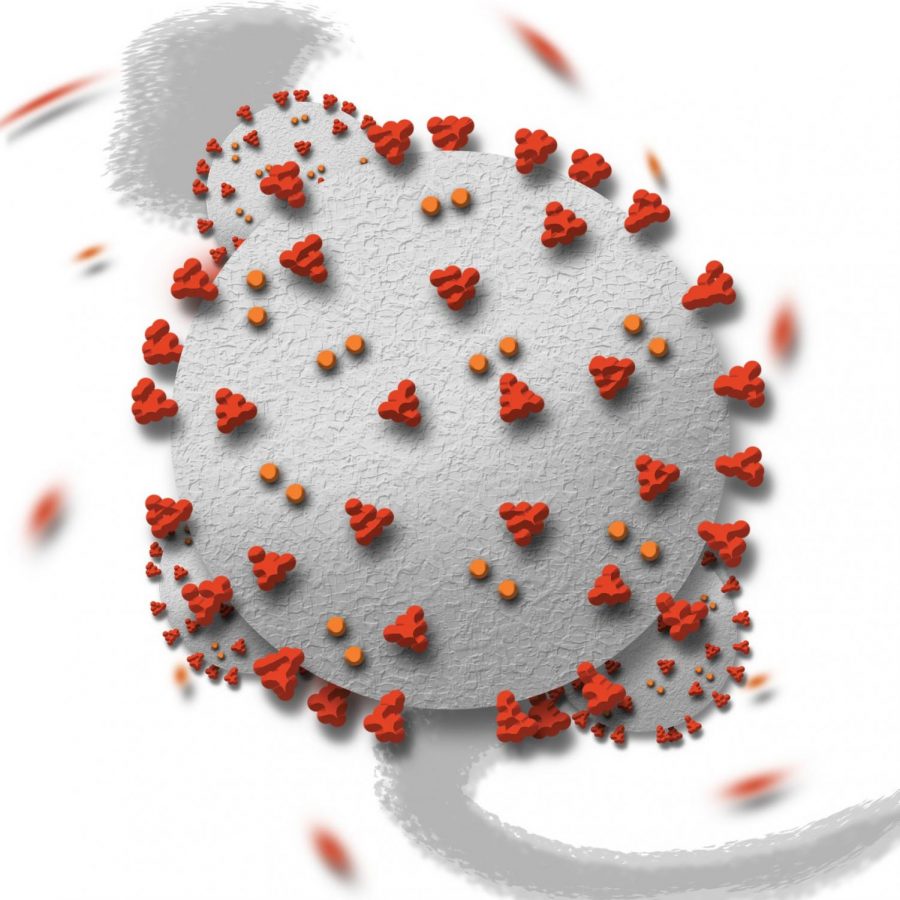 Look for this graphic for The Courier's COVID-19 coverage.

Along with all the state closures due to the COVID-19 pandemic, the Dallas County Community College District closed all of its campuses canceling classes, activities and college services districtwide. Brookhaven College students, staff and faculty left for spring break mid-March, but most never returned to the campus.
They have been forced to carry out their normal campus routines from home and have had to adapt to a drastic change in learning style. Students and faculty moved to distance learning and staff have performed their usual office jobs from home.
But these changes brought new challenges to everyone. And these challenges can affect mental health because of the lack of socialization.
Stephen Link, Brookhaven College psychology professor, said adapting is the key to overcoming this situation. “I think we just have to get used to the new normal,” he said.
The most common psychological phenomenon people experience in quarantine is free-floating anxiety, he said. According to the APA Dictionary of Psychology, free-floating anxiety is based on anxious reactions that do not come from specific stimuli, but from any stimulus that triggers a stress-related thought. Link said it is normal for people to blame their anxiety on the pandemic, but it is only the stimulus for their reaction. The real cause, he said, is the buildup of emotions caused by the changes the pandemic has brought to people’s lives.
Migrating classes online was difficult for some faculty because they had little to no previous experience with this educational model, Link said. “They have to basically redo their classes,” he said.
Another aspect that worries faculty is the loss of social contact, Link said. On campus he could stay in constant contact with colleagues. Now, Link said, he must try to maintain that contact through emails and video conferences.
He also noted the effects on people’s mental health while stuck at home. Confinement affects some more than others, Link said. Being stuck at home has had a milder effect on him because he is an introvert, he said, someone who gets energy from spending time alone. Confinement affects the minds of extroverts, those who draw energy from being surrounded by others, the most, Link said. The lack of that energy is one of the main sources of anxiety, he said.
The switch to online education has been a big change for students, Brandon Valdez, outgoing student government association vice president, said. However, the transition has not been as hard on him because he has taken online classes before. Valdez said his French teacher transitioned his lecture classes to video conferences using Blackboard Collaborate Ultra, and that he keeps in touch with his classmates through Zoom. “I wake up a lot of mornings and it’s kind of weird to not be doing as much as I used to be doing during the day,” he said.
Some students have found it difficult to study. Briana Rosas, a student also attending the University of Texas at Arlington, said, “It’s been pretty difficult to do homework at home just because I feel like I have more distractions.” Rosas said it was difficult for her to work on her classes after the extended spring break so she contacted her sociology professor.
She said anxiety is the feeling she has had the most since she began her confinement.
“Anytime you have changes in your life, it causes anxiety,” Link said. Everyone’s lives have undergone drastic changes due to COVID-19, he said. “If anybody says, ‘Hey, I’m just handling, no big thing,’ I would say that that’s probably not true,” he said.