How can you continue to support Trump? 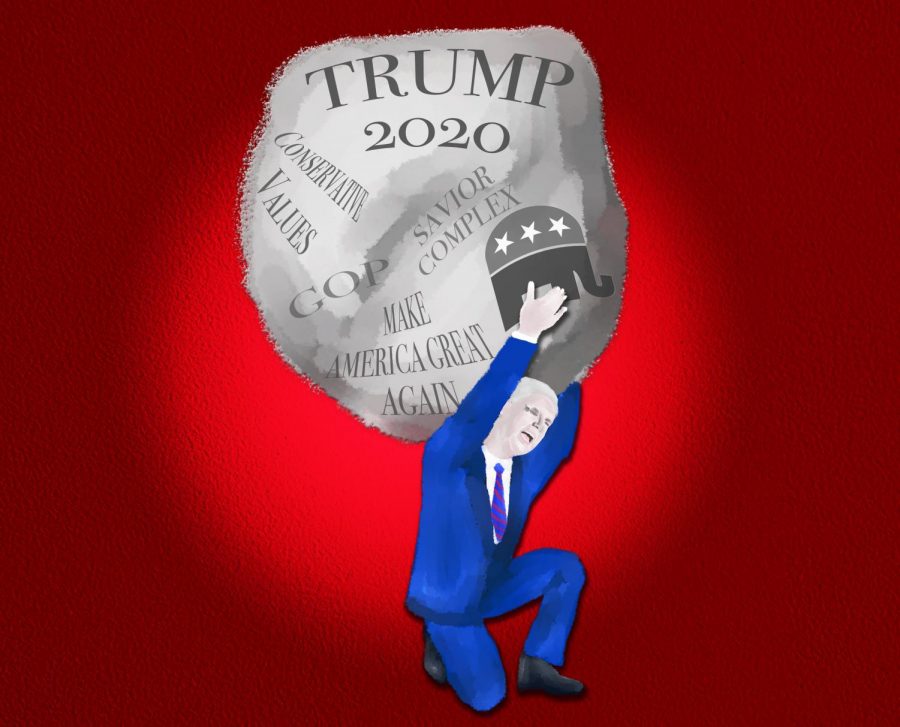 Donald Trump supporters are weighed down by unfulfilled promises.

For some time, I have struggled to understand how anyone continues to support President Donald Trump. In the beginning, I could understand the logic. Many supporters acted out of party loyalty. Others found him to be the lesser of two evils. Some may have even seen in him a sliver of hope for change.
But unwavering support for a president who has time after time displayed disrespect, lack of a moral compass, and childish and temperamental behavior? The logic eludes me. I don’t understand support for a president who hasn’t made the country better and in times of crisis has made things worse.
Maybe supporters continue to view Trump as the lesser of two evils or have unwavering support for the Grand Old Party.
The slippery slope
In a piece in The Atlantic, journalist Anne Applebaum attempts to explain continued support of him in depth. Applebaum writes, “According to a 2009 article in the Journal of Experimental Social Psychology, people are more likely to accept the unethical behavior of others if the behavior develops gradually (along a slippery slope) rather than occurring abruptly.”
Maybe something seemingly insignificant such as doctoring a photo about the crowd size on Inauguration Day doesn’t set off alarms because some people see no real harm in it. It is a small thing when compared to skyrocketing unemployment, debt or a failing economy. Something this small is not abrupt enough to raise a red flag in many people’s eyes.
As the saying goes, “If you put a frog into boiling water, it will jump out, but if you put it in tepid water and raise the temperature slowly, it will not notice it is being boiled.”
For a Trump supporter, perhaps the changes have been subtle and small: Small changes wrapped in an alluring false promise to make America great again.
A supporter might argue the country was on track before the pandemic hit. How can Trump be held responsible for a pandemic, they might ask. The pandemic itself was not his fault. Dismantling our country’s ability to respond to a pandemic, however, was.
The savior complex
According to a controversial anonymous opinion The New York Times published in 2018: “The root of the problem is the president’s amorality. Anyone who works with him knows he is not moored to any discernible first principles that guide his decision making.” According to the anonymous source, people inside the current administration work to counter the president’s actions, not to pursue leftist ideals, but to preserve our country.
Perhaps some believe if they maintain support, they are actually protecting the country from further depravity.
Applebaum provides historical examples from East Germany, Poland and France of the allure of supporting an ideology or regime to bring about positive change for one’s country.
The temptation to have the president’s ear to influence judicial appointments, agendas and legislation explains why someone such as Lindsey Graham, a conservative politician, strongly disapproved of the president-to-be in 2016, but supports Trump now.
An educated person such as Graham can most likely identify Trump’s transgressions to our country, but is drawn by the false hope that being a part of the inner circle will guarantee a certain outcome.
More importantly, just as officials maintain support for fear of the people who would replace them in their position of power once they were gone, so might voters fear for what might happen were the Democrats to hold power instead of the GOP.
Those who have pledged future support for Trump, consider the reasons above. Have the changes to the GOP been so gradual that it’s difficult to recognize it’s no longer the party you once supported? Do you find yourself hopeful that given time and effort, Trump or others in his administration will exemplify in his life and actions the morals and beliefs you hold? Do you hold on to the idea that so long as you pledge your support, some of your expected outcomes for this country will come to pass?
I hope that you will arrive at a moment or an interaction that will help you realize that our country cannot move forward with the current leadership. Misplaced hope that Trump is the savior America needs will only bring about more chaos.