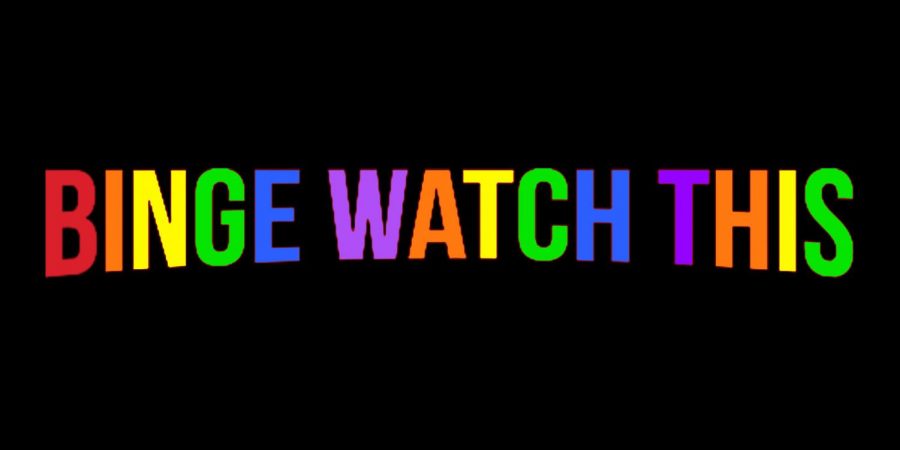 With June being Pride Month, it is the perfect time to highlight and celebrate great LGBTQ+ television and films. In the last few decades the LQBTQ+ community has been heavily celebrated and embraced in mainstream television and film. Here are six LGBTQ+ oriented shows and movies to binge watch for Pride Month.

“Modern Family” is a mockumentary style comedy show that follows the lives of Jay Pritchett (Ed O’Neill) and his extended family including his daughter (Julie Bowen) and gay son (Jesse Tyler Ferguson) and husband (Eric Stonestreet). The show’s portrayal of the couple has been credited for changing the perception of the LGBTQ+ community. The two characters also take credit for being the longest running on-screen LGBTQ+ couple in history, appearing in over 250 episodes across 11 seasons. During its 11-year run, the show won various awards including 22 Primetime Emmy Awards, two GLAAD Media Awards, and one Golden Globe Award.

“Pose,” follows a group of Latino and Black people in the underground ballroom scene, in which people dress up and walk in categories to obtain awards. The show, set in 1980s New York City does a fantastic job at staying lighthearted while also tackling serious topics such as the beginning of the AIDS epidemic, homophobia, sex work and transphobia. Prior to its television debut “Pose” made history for featuring the largest number of transgender actors in regular television roles. Since the series debuted in June 2018, fans and critics have fallen in love with the cast of flamboyant misfits. In 2019, Billy Porter won a Primetime Emmy Award for Outstanding Leading Actor in a Drama Series for his portrayal of Pray Tell, the no-nonsense announcer in the show’s ballroom scene. Seasons one and two are now streaming on Netflix.

“Love, Simon,” is coming-of-age comedy film about 17-year-old Simon Spier (Nick Robinson) a closeted gay teenager who is struggling to come out to his peers and family. Simon’s life is turned upside down when classmate Martin (Logan Miller) logs on to a computer after Simon and reads emails between Simon and his anonymous crush, “Blue.” When Martin realizes Simon is gay, he threatens to reveal the secret to the entire school unless he sets his best friend Abby (Alexandra Shipp) up on a date with Martin. Simon’s life continues to get complicated as he begins to lie to family and friends to keep his sexuality a secret, while simultaneously searching for Blue. “Love, Simon” is a family friendly film and it does an amazing job at capturing the feelings of angst and confusion a person might feel before coming out.

Based on the memoir “I’m Special: And Other Lies We Tell Ourselves (2015)” by Ryan O’Connell, “Special” is a comedy series that follows O’Connell as Ryan Hayes, a gay man with mild cerebral palsy. In the first season, we see Ryan attempt to branch out on his own and escape his overbearing mother, Karen (Jessica Hetcht). During his search for independence he lands a writing job at a blogging company, where a story he writes goes viral. The problem is, the story that goes viral was fabricated, so Ryan must continue to keep his lie going. As the season progresses Ryan experiences dating, work life and friendships, but must continue to hide his secret. What sets “Special” apart from other LGBTQ+ shows is its representation of the disabled LQBTQ+ community. O’Connell and the supporting cast do a great job in their roles and the show has wit and charm. In 2019 O’Connell was nominated for a Primetime Emmy Award for Outstanding Actor in a Short Form Comedy or Drama series. In 2020 the series won an Writers Guild of America Award for Short Form New Media – Original.

“Transparent” is a drama-comedy series that centers on the Pfeffermans, a Jewish-American family residing in Southern California. Life drastically changes for the family when the patriarch, Mort (Jeffrey Tambor), decides to live his life as a woman. As the show progresses Mort, now going by the name Maura, must navigate her new life as a trans woman, also dealing with how her choice to live as a woman affects family and friends. During the show’s run Tambor won various awards including a Golden Globe Award for Best Actor in a Television Series – Musical or Comedy and a Primetime Emmy Award for Outstanding Lead Actor in a Comedy Series. This helped Tambor making Emmy history by being the first actor to win an Emmy for portraying a transgender character. “Transparent” is a must-see and represents the struggles that transgender people go through in modern society. A musical finale was released two years after the 4th season with the exception of Tambor’s character, Maura as he was accused of sexual harassment.

“Moonlight” was one of the breakout hits at the 2017 Academy Awards taking home awards for Best Picture, Best Supporting Actor and Best Adapted Screenplay. The film, which was inspired by the short play “In Moonlight Black Boys Look Blue” by Tarell Alvin McCraney, follows the story of a young Black man named Chiron, who is grappling with his identity and sexuality. During the film you follow Chiron though three defining chapters of his life – his adolescence, teenage years and young adult life. In each of the chapters, he struggles with his mother’s addiction, his peers’ impressions of him and his romantic feelings toward his friend Kevin. In each chapter Chiron finds love and support from a new person in his life as he tries to learn to accept his sexuality. Writer and director of the film Barry Jenkins does a great job at telling and portraying the message of this film despite it not having a heavy plotline.