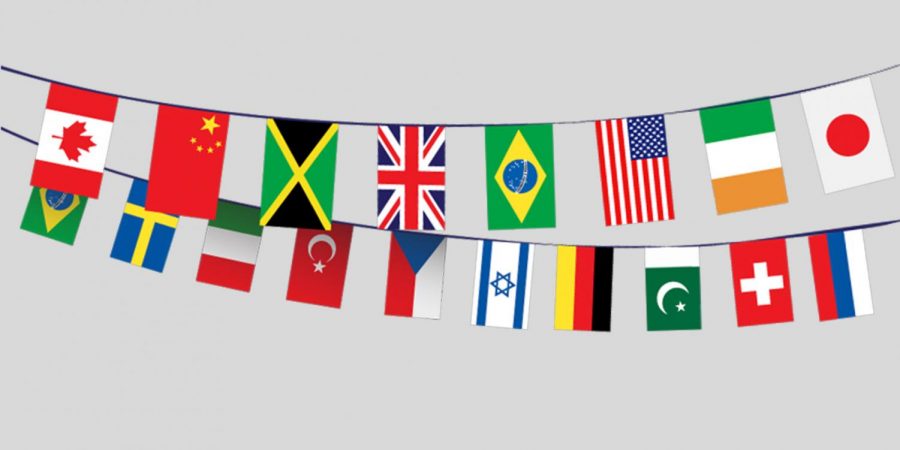 I came from Venezuela in December 2018 to study journalism. Like hundreds of other international students at Dallas College, I came to the U.S. to pursue a higher education. According to the Institute for International Education’s latest report nearly 1.1 million students came to the U.S in 2018-2019 from other countries for college or practical training programs. These students spend up to $40 billion a year in the U.S. Together, we represent dozens of countries from every corner of the world.
Summer I passed under the standards of the ongoing COVID-19 pandemic – each of us studying from home without the possibility of accessing the college facilities. I was enrolled in a philosophy class during the first summer semester.
But then, two days after Independence Day celebrations, uncertainty descended on all international students across the country and their fate for the fall semester.

UNEXPECTED NEWS
According to the U.S. Customs and Immigration Enforcement agency, “the Student and Exchange Visitor Program, or SEVP, announced modifications to temporary exemptions for nonimmigrant students taking online classes due to the pandemic for the Fall 2020 semester.”
SEVP raised questions about international students staying in their homes away from home. According to the guidelines, nonimmigrant F-1 and M-1 students would not be allowed to take a full course load online and remain in the U.S.
SEVP allowed exceptions but it would require students to either transfer to a school that provides face-to-face courses or leave the country to continue studying from a distance.
As an international student under an F-1 visa, I would have had to find another institution to enroll in since Dallas College did not plan to reopen its doors at that time. And I must be enrolled full-time to remain in lawful status.
Visas would no longer be issued to students enrolled in schools or programs that are fully online for the fall semester, nor will U.S. Customs and Border Protection allow these students to enter the U.S., according to ice.gov.
I felt like I was being kicked out for reasons beyond anyone’s control. My biggest emotion at that moment was powerlessness.

UNCERTAINTY
One day later, Dallas College students received an email from Chancellor Joe May where he said the college was aware of the situation we faced and was looking for a solution. “We are fully aware of the hardship this would place on foreign students to either transfer at such a late date or to leave the U.S.,” May said. “Dallas College is disheartened by this one-size-fits-all approach as we deal with the ever-shifting challenge of giving all our students the best and safest instructional options during an unprecedented pandemic.”
This made me understand that Dallas College did not turn a blind eye to this problem, yet I still did not feel comfortable after reading those words.
Like many others, I could not just return home.
For political reasons, there are no direct flights between Venezuela and the U.S. Besides that, all Venezuelan borders were strictly closed. Even if I could make a layover, I would not be able to enter my own country.
It would have been very hard for me to maintain online education in Venezuela because the internet connection quality in my place is limited. Many other students affected by this situation would have faced similar problems. They may come from countries where it is hard to keep up with online courses effectively.
Although the chancellor’s message was meant to reassure international students they were not alone, it only managed to confuse me. I was not sure if I could continue my degree plan at Dallas College, but it did not seem realistic to repatriate all international students.
On July 8, the Brookhaven Multicultural Center sent an email saying they were doing all they could to provide options for international students. A survey was included with the purpose of obtaining information from those affected. The question, “Would you be willing to change your major?” stood out.
At this point I was beginning to feel calmer. The multicultural center was letting me know they were working on a favorable solution, but what happened next turned my expectations to the opposite side.
Uncertainty reigned and there were no more messages.
International students did not know if we were going to be able to register for fall in order to remain in the U.S. Those abroad did not know if they could re-enter the country, and many were in the middle of the summer semester.
Taking a summer class without knowing where I was going to live the following month was torture. For several days there were no announcements, and if I could not attend face-to-face classes I risked losing my visa status.

CONTINGENCY PLAN
I started thinking about a contingency plan with my parents, who are in Venezuela. In the first instance, it was to go to Colombia and wait for the Venezuelan border to reopen. I also thought about transferring to Argentina in case face to face classes were not an option in the U.S., but these plans could not have been carried out due to flight restrictions. I had no chance of going home, and I did not know if I was going to be able to stay in the U.S.

RELIEF
It was not until July 14 that the policy was modified due to the pandemic.
According to The New York Times, the Trump administration rescinded the July 6 decision that would have forced countless international students to return home.
The reversal allowed F-1 and M-1 students to take a full online course load and remain in the country.
For several days international students found themselves at an unpleasant crossroad. The tension was palpable among this community of millions of members, but the relief of the resolution to this conflict does not make me forget the days I spent without a response.