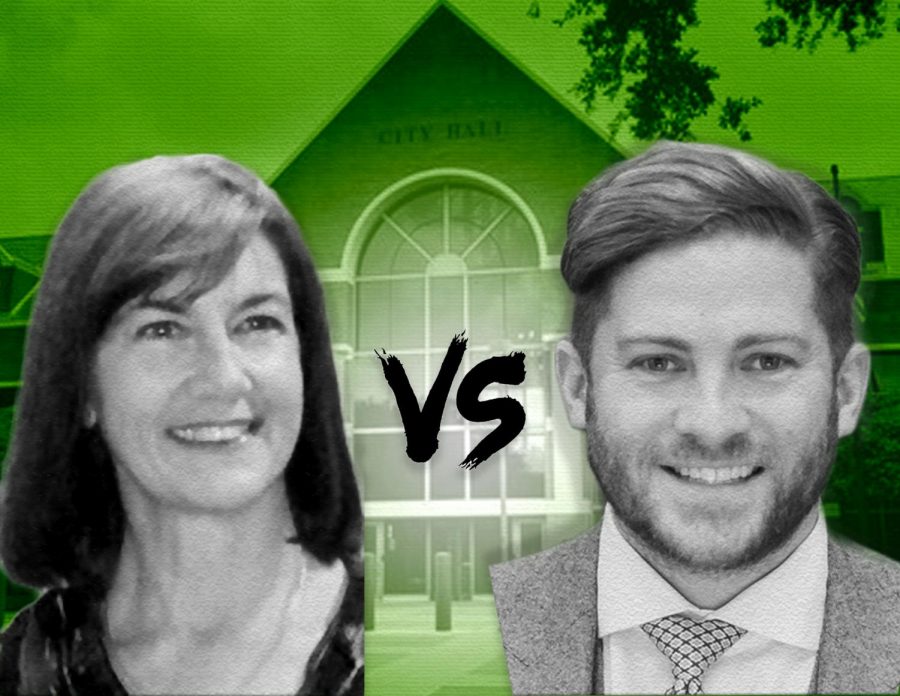 Farmers Branch voters  must scroll to the end of the ballot to make their pick for mayor. The two candidates vying for their chance to represent Farmers Branch are current mayor Robert Dye and real estate investor Brenda Brodrick.

Mayoral elections in Farmers Branch occur every three years and normally take place in May, but on March 19 the City Council postponed the election due to COVID-19, which has since killed more than 200,000 Americans nationwide.

Over the course of the last decade, Farmers Branch has nearly doubled to 50,000 residents, according to the city manager, Charles Cox. In 2017 when residents last voted for mayor, only 3,300 people turned out to the polls. Sharing the ballot with presidential candidates this year, the mayoral candidates should expect to receive more collective votes than there were three years ago.

Mayor Dye was first elected in 2017 after he beat his opponent in a runoff election by a margin of 5%. Though the experience of winning an election and being mayor for three years could help his chances, Dye said, “It’s different as the incumbent; you got everything to lose rather than everything to win.”

Dye was born and raised in Farmers Branch and attended schools in the city from Janie Stark Elementary to his time at Brookhaven College. Dye currently sits on the DART board of directors and is the president of the Metroplex Mayors Association. He does not have a campaign manager and is instead soliciting the help of family and friends.

With the election now in November rather than in May and the partisan divide growing in the country, Dye said some candidates are running on a partisan level. “Our parks, our roads, our facilities, our services have no impact whether you’re a Democrat or Republican,” Dye said. “Your goal is to do what’s best for the community.”

This election is not Brodrick’s first rodeo in the world of politics either. Brodrick had two unsuccessful runs for a seat on the Farmers Branch City Council in 2010 and 2015. After a friend asked Brodrick if she would consider running for mayor in 2020, she thought about it for a couple of days before ultimately putting her hat in the ring.

Brodrick is critical of some of Dye’s policies as mayor, specifically regarding the community police task force he created this summer in the wake of peaceful protests against racial injustice and police brutality following the killing of George Floyd. “Everybody in Farmers Branch loves our police force, except a very few,” Brodrick said. “[The police] have treated our citizens so well.”

Dye said the debate over the police is a very polarizing topic, but he nevertheless wanted to have the conversation. Cox, the city manager facing the same public concerns, said he thought the task force was a good idea at the time. In fact, at the same time, the city manager said he met with the police chief to implement many of the items that would end up on the task force’s recommendation report.

Regarding the police, when asked whether she had any ideas that she would like to have implemented, Brodrick said, “No, I just want the police to be able to do their own job without interference.”

Farmers Branch uses a council-manager form of government, which means the city manager runs the day to day operations of the city and the mayor plays more of a figurehead role. Contrary to other cities such as Dallas, the mayor of Farmers Branch only votes on legislation to break a tie but may call special meetings of the City Council.