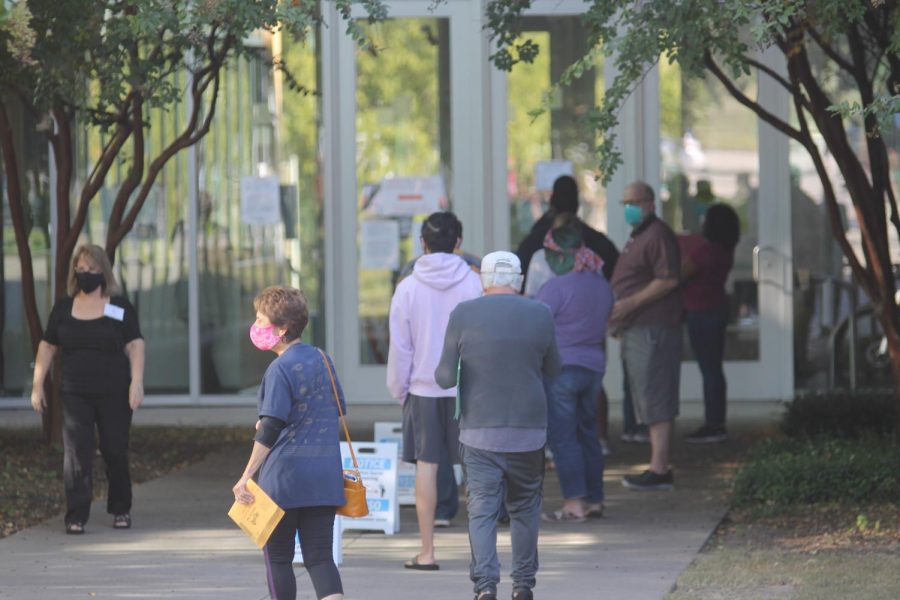 Many people who have never voted say they now plan to vote on Election Day 2020. Some did not vote in the last election because they were underage, while others did not vote because they did not want to or it was not as important to them.

This year, early voting in Texas opened a week before originally scheduled with a record number of voters turning out to cast their ballots. According to The Texas Tribune, more than 1 million Texans cast ballots on the first day of early voting.

Dallas County voters can cast their ballots through Oct. 30 or on Election Day, Nov. 3, from 7 a.m. to 7 p.m. at any Dallas College campus serving as a polling location published on the Dallas College website.

Rene Anderton, an 18-year-old Dallas College student, was not old enough to vote in the 2016 election. She said she is more than ready to vote in the 2020 election. “I never want to skip an election,” Anderton said. “It is important to vote because it is the only way our voices will be heard.”

In 2020, Texas leads the nation in early voting, according to Yahoo News. As of Oct. 20, early voting reports from the Texas Elections Office indicate 4,071,326 ballots cast in person, and 637,408 returned mail-in ballots.

According to data collected by Tufts University, about half a million of those ballots cast are from voters under the age of 30. Kristian Lundberg, an associate researcher at the Center for Information and Research on Civic Learning and Engagement (CIRCLE) at Tufts University, said these numbers are due to the fact that voter engagement has been growing in the past few years.

Many students, staff and faculty of Dallas College say they plan to vote early.

Some students have never voted and now are going to the polls for the first time. Lamarius Doyle, a 31-year-old student, said he has never voted before but plans to vote this year. Doyle said he had not voted in previous elections because he has never trusted politicians enough. “It feels like they are putting on a show,” he said. “Voting feels like a scam. We don’t directly vote because we go through the Electoral College.”

David Griggs, government and criminal justice adjunct at Dallas College Brookhaven Campus, has been an election judge for the last 26 years. He said this is the most important election of his lifetime. Griggs has taught government for 25 years.

As an election judge on Election Day, Griggs ensures people are at the correct poll location, verifies they have the appropriate ID, sets up all the machines and explains the ballots.

Griggs has encouraged many of his students to vote. “It does not matter who they vote for as long as they are voting,” he said. “Young people can make a huge difference in this election if they go out and vote.”

According to The Austin-American Statesman, the turnout of Texas voters between the ages of 18 and 29 tripled from 2014 to 2018. The final results will not be available for some time, but 2020 may be the year younger voters make a difference.

“Instead of complaining, they can go out and vote for their future,” Griggs said.

Voters in Dallas County can check to see whether they are registered and where to vote at dallascountyvotes.org.