Latinas deserve better in the workplace 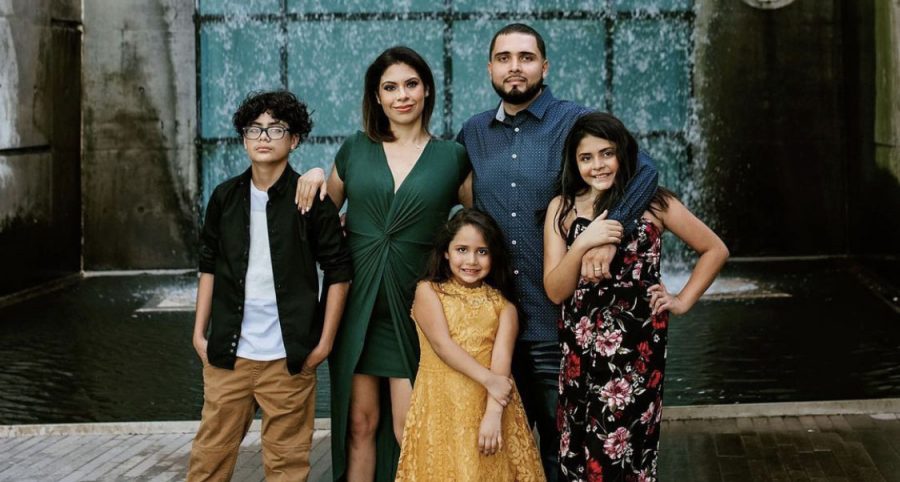 Society and the workplace have ingrained in women that they must be able to do everything perfectly all at once for less.
Oh, and by the way, women: Do not complain about that either. Complaining is grounds for an automatic categorization as difficult or incompliant.
We must stand by patiently and gracefully as they ask us to speak to our manager when indeed we are the manager.
We must stand by by as a client requests to speak to someone who “knows.” In turn, they make direct contact with our male coworkers, who are sometimes actually our assistants. We must take the “generous” salary while our male counterparts are making abundantly more for much less work. After all, they are males so clearly their value skyrockets.
We are automatically knocked down a few rungs on the ladder because of our gender, but when we are minority women, then we descend even lower on the patriarchal ladder.
We have been entrenched in the belief that this is just the way it is. We accept the lower salary, extra work and long hours without even a mutter.
According to leanin.org, a nonprofit organization dedicated to empowering women founded by Facebook chief operating officer Sheryl Sandberg, Latinas in the U.S. are paid 46% less than white men and 31% less than white women. It is not that Latinas are not asking for raises and promotions. They get worse results despite education levels.

DEDICATED
As a Latina, a young mother and a person who strives to have a strong work ethic, I jeopardized my mental health to advance in the workplace.
In the deepest part of my anguish I sat in my office 90 minutes after the facility closed with my three-week-old caesarean staples aching. I had tubes coming out of my shirt as I did what I do best: multitasked. I pumped milk, spoke with clients and finalized reports simultaneously to prove being a mother was not going to interfere with my performance as an employee.
I was dedicated. I believed these extreme acts of dedication would prove I deserve equal salary, benefits and respect that my male counterparts received.
Naïve at the time, I did not realize my situation was a norm for Latinas. I worked hard, longer and nearly flawlessly. I believed my actions would earn me the recognition, title and wages I deserved. I did all I could except speak up for myself.
I waited and expected someone to acknowledge my dedication and efforts, but that day never came. What did come? The common occurrence of me sitting on the restroom floor crying.
The fear suffocated me. What if I demanded more? Would I get turned down? Would I be viewed as ungrateful? Would I be treated differently? I succumbed to “this is how it is.”
I became the angry, bitter girl at the counter.

EPIPHANY
It was not until I enrolled in an American minority studies class at Dallas College Brookhaven Campus that I realized my situation was not an isolated one. I was a statistic.
I was the Latina getting paid 46% less than white men and 31% less than white women.
This epiphany made my stomach drop in dread.
If this is my experience, would my daughters also fall into this? Despite their achievements to come, would they too shed tears and succumb to pressure for 46% less pay?
Absolutely not.
It is my job to speak up for myself, advocate for what I deserve and set boundaries. This was a lesson I hadn’t learned.
I gave in to societal norms that have oppressed minority women in the home and the workplace for so long. Being a mother is not a flaw. I do not have to double up on work to prove even an ounce of my worth.

EMPOWERING
As minority women, we have the duty and right to advocate for ourselves and what we deserve. It is our responsibility to mold the next generation to fight these statistics.
As a minority mother of two ambitious, strong-willed young ladies, it is my job to fill them with the confidence to believe their worth. They will need to fight harder, but this is a fight I can mold their armor for.
As a mother, it is my job to instill in my daughters that the discrediting and discounting of our contributions in the workplace is not acceptable. They must know their worth and charge accordingly despite patriarchal norms.
Being a woman is not a premise for being a doormat. Being Latina does not devalue knowledge, skills and work ethic.

Women must be ready to confidently speak up for themselves. We must be ready to say, “Let’s discuss compensation for these additional duties.” We must be ready to say, “This is my asking price.” We must be ready to take appropriate time off, raise our families and confidently advocate that our identity outside of the workplace is separate.
These are the seeds the next generation of leaders need to have planted in them. Confidence, self-worth, drive and a voice to change the statistics and speak up.
We must teach our daughters to not fear being labeled too assertive, difficult or aggressive when it comes to advocating for themselves. We must embrace the education of boundaries and define the societal oppression imposed on minority women. It is with these tools we can empower the next generation of minority women to minimize the odds against them.
Our gender and our ethnicity are not red tag discount prices for our skills.
Gone are the days that we sit in a pool of tears on a bathroom floor. If there is not a seat at the table for Latina women, it is time we pulled up our own chair.