The show must go on: The Dallas Theater community adapts amid pandemic 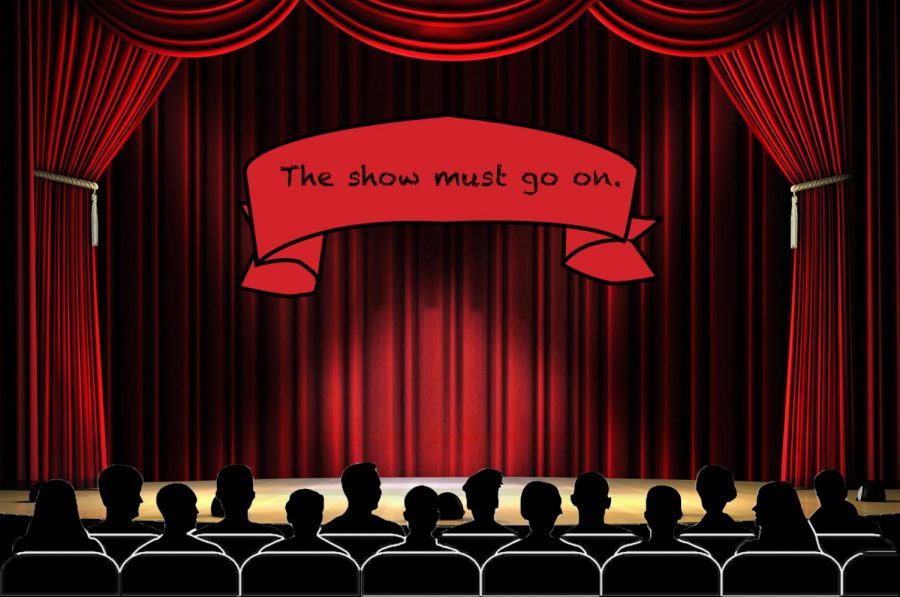 2020 might be the year that forever changes the way we experience live theater. By the end of March, theaters and live venues were shut down due to the coronavirus pandemic. Throughout the summer, many in the Dallas theater community were asking what the short- and long-term effects would be for live performances.
The pandemic has forced many in the North Texas theater community to re-evaluate what live theater means and how it is presented.

ONLINE LEARNING
Darise Error, theater department head at Dallas College Brookhaven Campus, said she received special funding this Fall to teach acting as a hybrid course. The class was a mix of online lectures and campus lab time. Error said the class did not meet the new 15 student enrollment minimum to continue for the Fall semester. “Acting is on hiatus until Spring of 2021,” she said.
“When you have to go online learning, you have lost theater altogether,” Error said. “The very definition of theater is an actor [and] audience in the same space at the same time.”
Error said acting is a subject best taught in person. Teachers need to be able to observe students’ whole bodies, gestures, facial expressions and posture. She said students are not able to connect with scene partners in the same way online.
Acting is reacting to what the actors are being given, Error said. “It is hard to react when everything is going through cameras, wires and virtual space,” she said.
“Educational and professional theaters are trying to make the best of a bad situation by streaming live or recorded performances,” Error said.

PUSHING BOUNDARIES
Other forms of performance such as dance have also been affected by the pandemic.
Danielle Georgiou, a dance instructor at Eastfield Campus, has her own dance company called Danielle Georgiou Dance Group. “Our collaborators in DGDG have been impacted greatly as many of us are freelance artists and teachers who are now without gigs,” Georgiou said.
Georgiou said the pandemic gave her time to focus on putting her work on film. She was able to proceed with a project that had been in the works for six months before the pandemic. She said, “The project became our first feature-length film, ‘The Savage Seconds.’” The title refers to the brief moment between innocence and experience when a character experiences a revelation, and their life is forever changed, Georgiou said.
To create the film, the cast self-quarantined, kept a closed set and followed every health and safety guideline, Georgiou said. “Now that we are seven months into the pandemic, we are still trying to find our footing and keep making work,” she said.
DGDG recently finished rehearsals for “The Bippy Bobby Boo Show: 2020 CALL-IN Special.” The show was live-streamed across six nights. Georgiou said each show had an original script and viewers called and talked to the performers.
With COVID-19 cases rising in North Texas, live theater might not return anytime soon.
Georgiou knows first-hand the frustrations and challenges the pandemic has created, and she has some advice for performers. “Make the work that lives in your head,” she said. “Do it now. All we have is now. Get inventive. Channel the creativity that is inside of you and don’t be afraid to get a little weird and wild.”

NOBLE EXPERIMENTS
Broadcasting online and streaming via social media seems to be the safest and easiest ways to enjoy a performance. But it is not quite the same thing.
Matthew Posey, artistic director and founder of the Ochre House Theater in Dallas, is keeping his theater visible by releasing archived work of past performances. Posey said he is using the internet to maintain a presence and to let people know he is still here.
“I think, for the most part, we’re kind of adapting as we can,” Posey said. “We’re trying what I call noble experiments.”
The Ochre House produced a puppet show over the summer that aired on their YouTube channel. The show was formatted to look like a virtual video conference. Even though Posey said it was entertaining, he does not consider it theater.
“I think that we are fooling ourselves if we think we’re doing theater over social media,” Posey said. “What makes theater is when you have people and you have the intimacy of the audience and the participation of someone watching live.”