5 books to read for the holidays

Cozy up, grab a cup of hot cocoa and read these top holiday book recommendations during winter break. 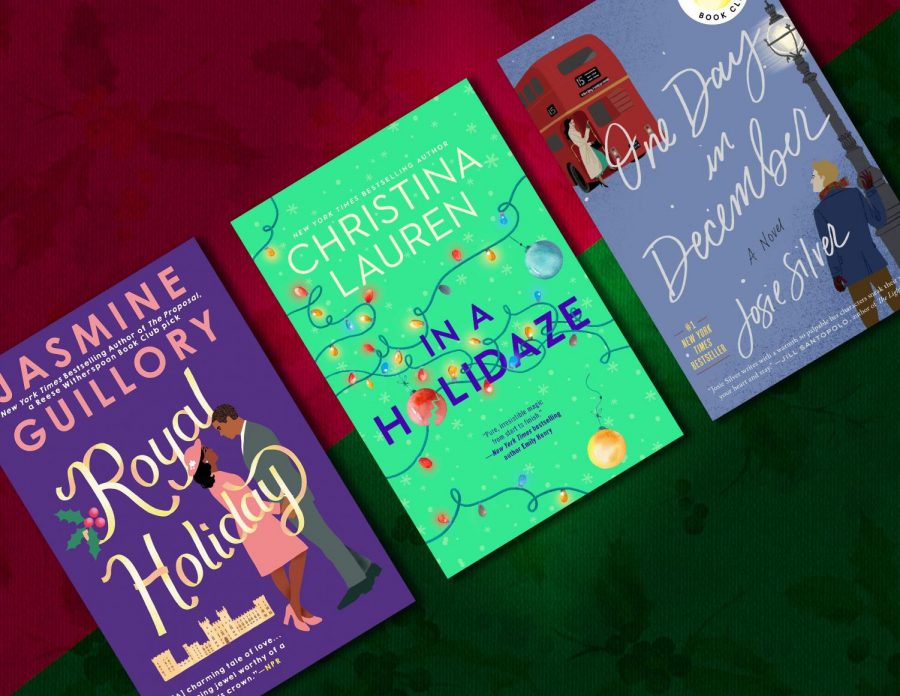 “In a Holidaze” follows Maelyn Jones as she tries to make the best of her family Christmas traditions by visiting a picturesque cabin in Utah. It’s a tradition her family has taken part in with two other families. Mae is down on her luck during the jolliest time of the year. She is not exactly excelling in her romantic life, is unhappy at her job and is stuck at home living with her parents. Mae’s pleas with the universe during a mental breakdown on the way to a snowy cabin manifest a strange time loop.

“Royal Holiday” presents Vivian Forest with an opportunity she cannot turn down. Vivian has been invited to accompany her daughter on a work trip to England during the holidays. Excited to take in the British sights, Vivian gets more than just an opportune vacation. Vivian meets Malcolm Hudson, an employee of the Queen, and is at once smitten. A kiss under the mistletoe turns into a budding romance on a ticking time clock.

“The Afterlife of Holly Chase”

“The Afterlife of Holly Chase” is a modern retelling of the Christmas classic, “A Christmas Carol.” Five years ago, Holly Chase was visited by three ghosts. The ghosts warned her of the demise her selfish ways would cause. Unfortunately, Holly did not listen and died. Holly now exists in the afterlife, stuck at the age of 17 and working for Project Scrooge. She is the latest ghost of Christmas past and miserably saves grouch after grouch each year until this year when everything changes.

“One Day in December”

“One Day in December” follows a decade of friendship, love and heartbreak after a fateful reunion. Laurie was not a believer in love at first sight until one encounter at a bus stop. Infatuated with the mysterious man from the bus stop, Laurie and her best friend, Sarah, spent a year looking for him throughout London. Laurie is reunited with the man of her dreams at a Christmas party when Sarah introduces Laurie to her new boyfriend, Jack, the man from the bus stop.

“Dash & Lily’s Book of Dares” introduces the main characters of a series which has now been adapted into a Netflix series. Lily ignites the series by leaving a red notebook full of dares on her favorite bookstore’s shelf in hopes of finding the guy for her. Dash finds the notebook and embarks on a mission to tackle the dares throughout New York City. As Dash and Lily trade the red notebook of dares back and forth, a whirlwind romance buds in between their notebook versions.