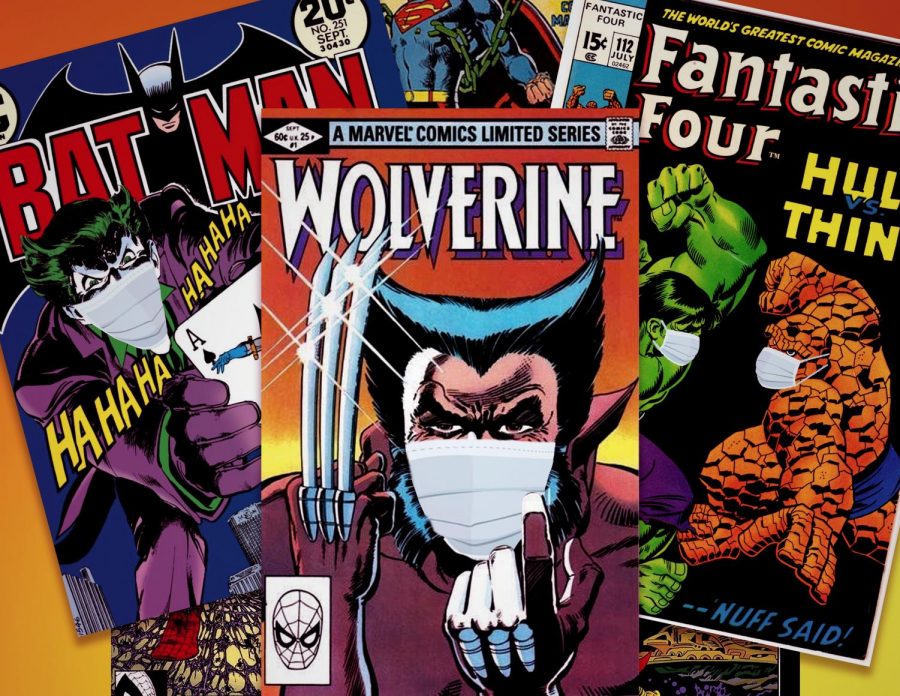 Comic books have been a part of pop culture history for over a hundred years. Television and film adaptations of comic book characters have sparked an interest in many fans new and old alike. Today popular franchises such as the Marvel Cinematic Universe, The DC Cinematic and Arrowverse have prompted many fans to flock to their local comic book and game stores to read up on the origins of their favorite characters.

Comic book and game shops are often small, family owned businesses. DFW is home to several shops , many of which have had to make adjustments due to the pandemic.

Jeremy and Cecillia Shorr have been running Titan Comics, located in North Dallas, for over 30 years. The couple and their family previously lived in Houston where they owned three successful stores. They had only been living in Dallas for six months when Shorr’s wife pulled him to the side and asked to open the store. “So, I said, ‘Go ahead,’ (and) there she went.  She opened a store,” Shorr said.

Like many businesses they have had to implement changes to keep customers safe, introducing strict guidelines and upping cleaning measures. At the entrance sits a hand sanitizer kiosk where customers are asked to sanitize their hands before touching merchandise.

“I get lots of people coming in saying, ‘I want to support local small businesses, and so here I am. It’s not that I’m never buying online again, but (I’m) looking to spend money here because you are in my community, and I want to support you.” Shorr said.

Mark Hay has been running Comic Asylum in Richardson for 16 years. To ensure customers’ safety they provide hand sanitizer, gloves and masks.

At the beginning of the pandemic, Hay closed the shop for five weeks but kept his staff on payroll as long as he could. In July, the store reopened with limited hours and cancelled in-person game play events.

Like many businesses the shop began to sell more products online to bring in sales. Hay ran into issues when doing so as his comic distributor did not sell games and his game distributor didn’t sell comics.

Hay said while Comic Asylum can sell popular trading card brands such as Magic: The Gathering on their website or eBay, they had not set up a way to sell comics yet.

Despite the shop’s hardships they have been able to adapt. The store has begun hosting in-person game events online via Discord. They have also introduced a curbside pick up method where customers call ahead to order merchandise.