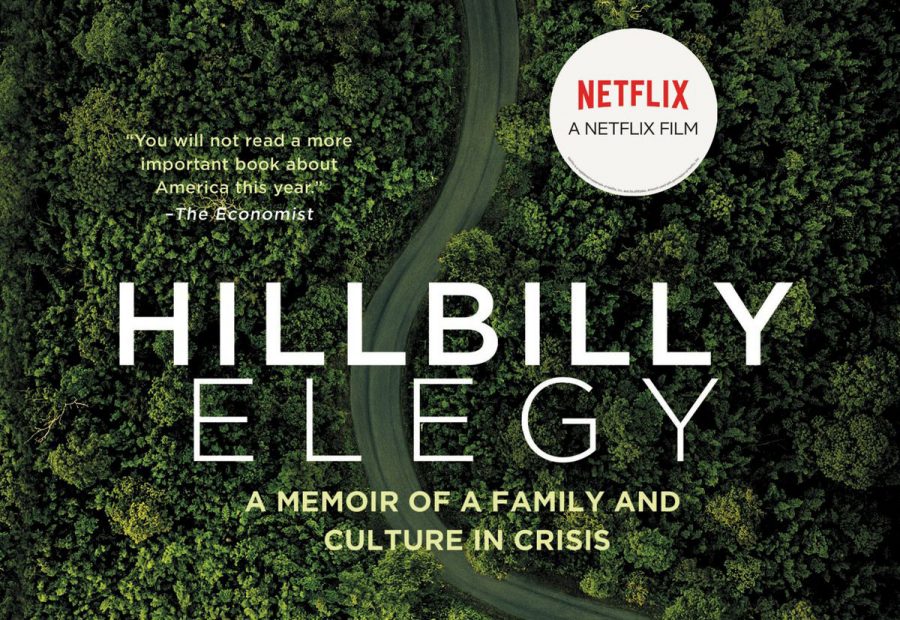 “Hillbilly Elegy” (2020), a dramatic film based on the 2016 memoir of the same name, tells the story of young J.D. Vance, who is on his way to live the American dream while facing the different obstacles that life brings.

The film was released Nov. 11 in limited theaters and streaming on Netflix Nov. 24.

The movie is rated R for violence, explicit language and drug content. If you are not into drama, this movie is not for you. However, if you want to give it a try, it is entertaining enough to spend 1 hour and 56 minutes of your life watching it.

I recommend this movie for those whose favorite genre is drama. This film is an emotional roller coaster and will have you hooked from the beginning.

This film features great stars such as Glenn Close, who portrays Mawmaw, and Oscar-nominated Amy Adams as Bev Vance, along with Gabriel Basso, who has starred in other films such as “Super 8.” Basso plays the lead character J.D. Vance in this new film.

Because the film is  adapted from a book, it does not manage to convey everything that is developed in the book. Like all the book-to-film adaptations, this movie lacks certain essential information that could have given a better understanding of the plot. However, compared to other book adaptations, it is a good version.

It has received a 6.7 out of 10 stars, according to the Internet Movie Database, and 86% audience score in Rotten Tomatoes as of Dec. 20. This is one of those movies you watch when you have a lot of free time and do not know what else to do. The first few minutes of the movie do not give you an idea of what it is going to be about, so you have to wait until the first 10 minutes to understand the course of the story.

Additionally, if verbal aggression is not your thing, this film is not for you because it handles very explicit language.

Like many of the drama films, this one uses the flashback transition to show the exchange of scenes between the past and the future. The flashbacks are essential for understanding the story.

The only thing that makes this story interesting and engaging is that it is based on real life; otherwise, as a fictional story it is not attractive at all. The sensationalism in this dramatic film is the likely reason this movie is in the the top 10.