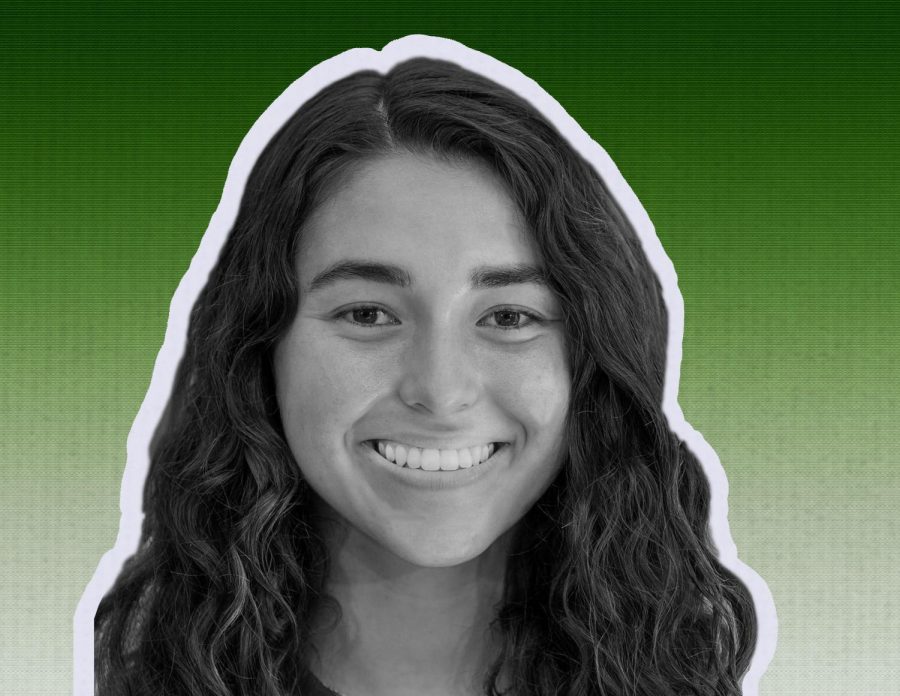 During the 2018-2019 season, the Brookhaven women’s soccer team signed Alexandria Sandlin, from MacArthur High School, a player who leaped to success becoming the most decorated student athlete in Brookhaven history.

Originally from Irving, Sandlin is the youngest of two sisters. Sandlin said she fell in love with soccer as a child. She said her passion is in her genes because her parents, Anthony and Trace Sandlin, were players in their younger years.

Alexandria played at MacArthur High School her senior year. The team became district champions while she wore the captain’s armband. She said, “It was a really good experience.” Alexandria said she was not quite sure where to study and was not sure about leaving home.

Eric Alonzo, Alexandria’s high school coach, told James Elder, the head coach of the Brookhaven women’s soccer team, to scout her. “After a lot of work and a lot of communication back and forth and visits with her and her family, they decided to sign with Brookhaven,” Elder said.

“He was actually super nice and he wanted the best for me,” Alexandria said about Elder. “He knew this was a really good option because of the program he had and it all worked out.”

Her first steps were focused on adapting to Elder’s play style. “I remember learning the coach’s formation on the field,” she said. “He was a very good coach. I had to learn his ways of how he wanted us to play. And after the first few games I started getting used to it.”

Elder said he spent a few weeks figuring out where to place Alexandria on the field. He said she had good defensive and attacking techniques. She also had good athletic qualities such as strength and size, as well as a great personality.

During Alexandria’s high school career, she played defensive midfielder. In her first year at Brookhaven, Elder tried her in the left back position where she had a major impact on the team.

Alexandria excelled academically and athletically at Brookhaven. Elder said: “She had a very balanced temperament and is a very smart young lady. …  Is just an all-around superb player-athlete, and as the season grew, she grew with us.”

Alexandria said she has gotten used to being a student athlete from her early days in soccer, and balancing the two have become easier. Even so, she has had to put aside parties and meetings with her friends to focus on her priorities.

“I really don’t regret it; it was all worth it,” she said. “I knew in my heart why I was avoiding those things. Because you have to put your priorities in check and whatever happens, happens, and it turned out to be the best.”

HER TIME AT BROOKHAVEN

Elder spoke in detail about Alexandria’s evolution in the 2019-2020 season. He said she continued to grow as a player as her soccer skills improved along with the team’s technical understanding. He also said because of her personality and demeanor she was chosen captain of the team. “She was unique as captain because she led by example, and she was such a stable, strong component of the team that she grabbed her teammates’ respect,” he said.

Her musculature, fitness, speed and play style also improved, Elder said. “She has evolved beautifully. She is a dream athlete,” he said.

Elder also said many players who come to the college soccer level come from slow play styles, which brings some difficulties when playing at a higher level. “She adjusted very quickly as we pushed her to play faster, think faster and get in better condition,” he said. “She was very impressive for second year.”

With her evolution came a new change in her position in the field. Elder, who is a defensive minded coach, said the team showed some defensive deficiencies when the season started. He placed Alexandria in the center back position, where she became a fundamental piece of the team. She said: “I guess it was just because I’m tall and good in the air. So yeah, I think that was a good transformation on his part.” Alexandria said in all aspects of soccer defending is important.

This change was pivotal, as the team conceded only five goals the entire season and no goals during the national tournament. “She’s the main reason for that,” Kevin Hurst, Brookhaven athletic director said.

“She has a very good touch on the ball,” he said. “She’s able to dribble and handle way better than most other defenders are.” Hurst said defenders are not characterized by scoring, and people do not recognize them as they should because of that. “When you see her play, she’s clearly the best player on the field.”

She happily recalls her special last game and win for Brookhaven. “It was in New York,” she said. “That was the championship game, it was honestly a game I will never forget. We were just dominating the entire game, and we won 2-0.”

By the end of her stint at Brookhaven, Sandlin collected several accolades for her talents on and off the field, including First Team DAC All-Academic in 2018, President’s List and the United Soccer Coaches Junior College Scholar Player of the Year in 2019.  Alexandria said she is honored by all her awards, but in terms of sports she gives more importance to collective awards than to individual ones.

Following the recruitment interest of different colleges, Alexandria studies and plays for Midwestern State University in Wichita Falls, Texas. She is pursuing a degree in social work. Although she is uncertain about her sporting future, she said she hopes to someday become a coach.