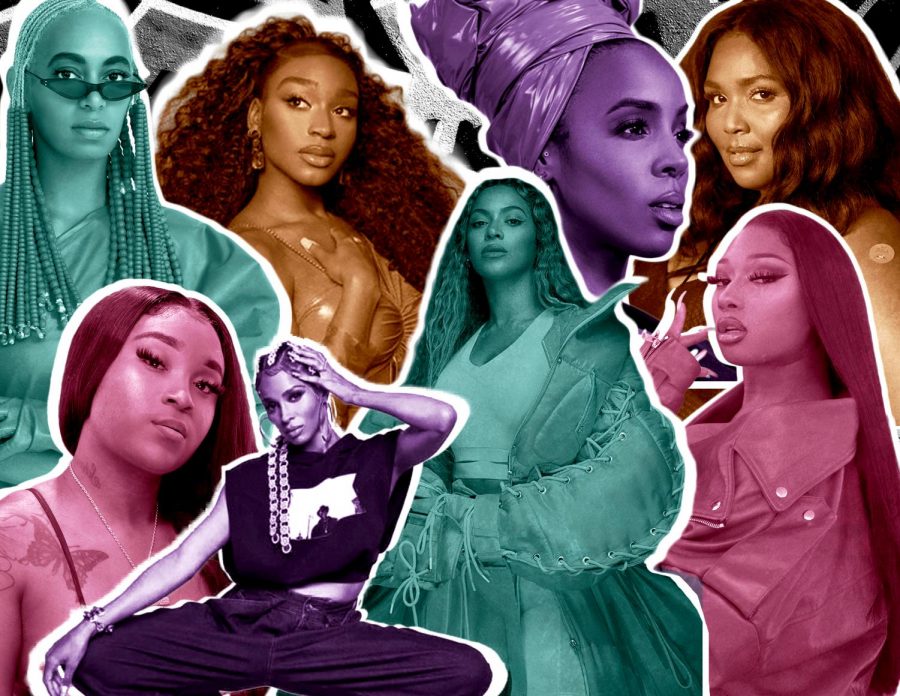 Texas is the birthplace of many talented musicians and many Black female artists who have had a major impact in the music industry. In honor of Black History Month, we have put together a list of the most iconic Black women musicians who have roots in the Lone Star State.

It is impossible to speak about iconic black female artists without mentioning Beyoncé. The Houston born singer’s unmatched performance skills and visual albums have put her in the same category with iconic black music legends such as Michael Jackson, Diana Ross and Tina Turner.

Originally getting her start in the 1990s with the girl group Destiny’s Child, she proved to be a standout from the group and parted ways with them in 2005. Since then Beyoncé has become one of the entertainment industry’s biggest stars, winning over 20 Grammy Awards, becoming the most nominated woman in Grammy history.

Aside from her success as a recording artist, she has starred in several films, including “Dreamgirls,” “Cadillac Records” and the live action remake of Disney’s “The Lion King.”

Beyoncé extended her success in the music industry last year when she collaborated with rapper Megan Thee Stallion on “Savage,” which hit No. 1 on the Billboard Hot 100.

Born in Detroit but raised in Houston, Lizzo is one of music’s biggest stars to debut in the last decade. Known for her quirky and fun singing/rapping style and body-positive message, Lizzo has dazzled audiences around the world.

Before signing with Atlantic Records in 2016, she had released two studio albums “Lizzobangers” and “Big Grrrl Small World.”

In 2019 Lizzo furthered her success when her 2017 single “Truth Hurts” went viral. The song’s success catapulted her to new heights, eventually reaching No. 1 on the Billboard Hot 100.

In 2019 she took home three awards at the 62nd Grammys, winning Best Pop Solo Performance for “Truth Hurts,” Best Traditional R&B Performance for “Jerome” and Best Urban  Contemporary Album for “Cuz I Love You (Deluxe).” In addition to taking the music industry by storm, the singer made the jump to the silver screen starring in “Hustlers” and “Ugly Dolls.”

When your sister is Beyoncé it could be easy to be overshadowed. However, singer and actress Solange has proven she commands the spotlight just as much as her older sister.

Since stepping on to the scene in the early 2000s, she has conquered music and acting, releasing her debut album “Solo Star” in 2003 and starring in films such as “Bring It On: All or Nothing” and “Johnson’s Family Vacation.”

Solange stepped into her own with the release of her third studio album, “A Seat at the Table,” which earned her first number one album on the Billboard 200 albums chart. In 2017, the album’s lead single “Cranes in the Sky” took home a Grammy for Best R&B Performance. She furthered her success in 2019 with the release of her album, “When I Get Home,” which landed in the top 10 of the Billboard 200 albums chart.

The singer’s debut single, “Goodies,” which combined elements of r&b and crunk music made her the genre’s resident “Princess of Crunk&B” according to Rolling Stone. Since releasing her debut album, “Goodies,” in 2004, she has logged several entries on the Billboard Hot 100 and won prestigious awards including one Grammy Award, two MTV Video Music Awards and two BET Awards.

In 2018 her single “Level Up” went platinum and inspired several viral dance challenges. In 2019 she released her seventh studio album, which landed her major award show performances. Aside from a successful career in music, she has established herself as an actress in films such as “That’s My Boy” and “All You’ve Got,” and as a television host for shows such as NBC’s “I Can Do That” and Nickelodeon’s “America’s Most Musical Family.”

Destiny’s Child founding member Kelly Rowland has seen solo success worldwide since the group officially disbanded in 2004. Rowland saw her first taste of solo success with the release of her 2002 single, “Dilemma,” a collaboration with rapper Nelly. The song peaked at No. 1 on the Billboard Hot 100 and won a Grammy Award for Best Rap/Sung Performance at the 45th Annual Grammy Awards.

Since her debut album, “Simply Deep,” Rowland has released a total of four studio albums. Aside from success in music, she has seen success in television as a host on talent shows such as “The X Factor” and “Chasing Destiny.” In 2017 she became a published author with the release of her book, “Whoa, Baby!,” a survival guide for new mothers.

Houston raised singer Normani has proven to be one of music’s newest gems, receiving comparisons to iconic singers such as Janet Jackson and Beyoncé. A trained dancer, former competitive gymnast and pageant girl, she is a polished performer. Her start in the music industry began with the now defunct U.S. competition series, “The X Factor,” where she was selected with four other hopefuls to form a group which would eventually become Fifth Harmony. After coming in 3rd place on the show, the group signed with SYCO/Epic Records where they went on to become one of the label’s most successful acts.

In 2018 when the group went on hiatus, Normani re-emerged as a solo artist and released her first single, “Love Lies,” with Khalid. The song was a hit and peaked at No. 1 on the Billboard Hot 100.  The following year she released her debut solo single, “Motivation.” The song’s upbeat Y2K inspired music video made headlines for its flashy choreography and stunts helping push the song to the top 40 of the Billboard Hot 100.

Hailing from Houston is a female rap legend in the making, Megan Thee Stallion. The rapper’s tough rapping styling and feminist social media posts have fans on the edges of their seats.

The rapper came to prominence in 2018 with the release of her mixtape, “Tina Snow,” which spawned her first Billboard Hot 100 entry, “Big Ole Freak. 2020 proved to be a successful year for the rapper with the release of her debut album, “Good News,” which debuted in the top 10 of the Billboard 200 chart. In the same year, she logged two No. 1 singles, “Savage (Remix),” featuring Beyoncé and “WAP,” her collaboration with Cardi B. She ended the year with four Grammy nominations and a mention on Time magazine’s most influential people in the world list.

Arlington, Texas native Mickey Guyton has fought hard to obtain her success in the country music industry where she continues to break barriers in the predominately white male dominated genre.

In 2011 Guyton signed to Capitol Records Nashville. Three years later she released her debut EP, “Unbreakable.” In 2015 her debut single, “Better Than You Left Me,” went top 40 on Billboard’s Country Airplay chart.

During the height of the 2020 Black Lives Matter protests, Guyton released her single “Black Like Me,” a piano ballad detailing her experiences as a black woman in the country music industry. The song made history when it was nominated for Best Country Solo Performance at the 63rd Annual Grammy Awards, making her the first Black woman to receive a nomination in the category.  Last year, Guyton made television history when she became the first Black woman to book a solo performance spot at the Academy of Country Music Awards.

DeSoto, TX rapper Erica Banks was a fan of the arts growing up, participating in activities such as cheer, theater and drill team.

After attending a few semesters of college at Texas A&M Commerce, she dropped out to pursue a career in rap. The rapper began to work the underground rap scene eventually releasing her debut mixtape, “Art of the Hustle,” which helped bolster her fanbase. Banks’ growing fame helped her earn an audition for record label executive Carl Crawford via Instagram Live. After being impressed by the rapper’s skills, Crawford signed Banks to his label 1501 Certified Entertainment. The rapper’s southern rap style and aesthetic has earned her comparison to 1501 label mate Megan Thee Stallion.

Recently, her single “Buss It” inspired a viral TikTok challenge, helping the song earn over  200 million views on the platform. On January 7, Banks revealed that she had signed a major record deal with Warner Brothers Records.