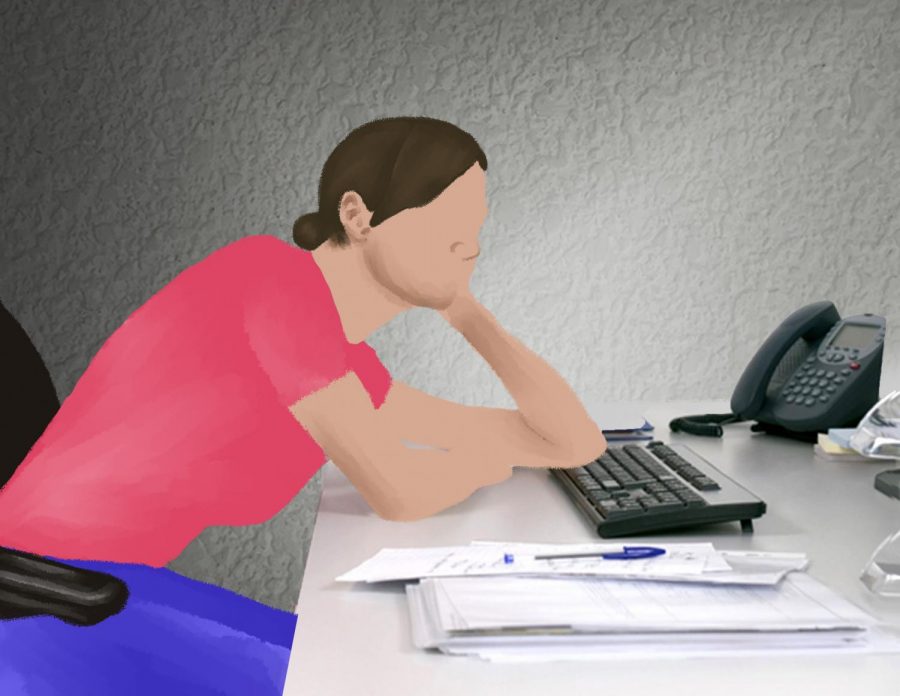 As classes continue to be held remotely, many students are stuck at home sitting in front of a computer screen for an extended amount of time. Due to remote learning this semester, students are experiencing health problems, such as eyestrain and an inactive lifestyle.

Dallas College student Christian Hernandez said remote learning has changed his lifestyle. “I feel like I’m less healthy than when I was in actual class since I’m sitting on the computer for a long time,” Hernandez said. “I feel more tired [throughout] the day.”

Kevin Hurst, athletic director at Dallas College Brookhaven Campus, teaches physical education classes. He said it is important to be active. Physical activity is crucial because we already are a sedentary society, and remote learning promotes and accentuates an inactive lifestyle.

Hurst said remote learners should not sit for an hour. Instead, they should take a break and walk around for at least 10 minutes and be physically active. A sedentary lifestyle may be a serious issue for some individuals with underlying conditions. “It’s a huge risk factor for coronary heart disease, for multiple types of cancer [or] for diabetes,” he said.

Hurst said not exercising enough can lead to a decrease in endorphins, which leads to stress. He said exercising increases endorphins, which elevates a person’s mood and decreases stress. It also improves brain function by improving blood flow, which promotes better sleep.

Hurst said computer users should also take precautions against poor posture. Digital screens not aligned with a person’s eye height can lead to back problems. “Constantly looking down at a screen, whether it is your phone [or] your computer, makes you way more susceptible to developing a dowager’s hump later in life,” he said.

Kyphosis, also known as dowager’s hump, is a condition that affects the spine with an outward curvature on the upper back, according to Healthline. The condition is created when compression on the vertebrae causes a person to lean forward over time.

“Take stretch breaks or movement breaks throughout the day, because when we get tired our body does tend to slump,” Hurst said.

Another issue emerging from remote learning is eye strain due to extensive use of digital screens.

According to a recent study by market research company Ipsos, 45% of individuals who reported spending more time in front of a screen during the COVID-19 pandemic said they experienced their eyes feeling dry. Sixty percent of those said they were concerned about the impact it would have on their eyes.

Marques Moss, a Dallas College student, said he experiences problems due to computer screen usage. Moss said he spends at least four hours on a computer at night doing homework and within an hour of looking at the computer screen he feels eye discomfort.

According to the American Academy of Ophthalmology, common symptoms of eyestrain include eye fatigue, blurred vision, eye aches and dry eyes.

Moss said his sleeping pattern is also affected by the blue light he is exposed to from his computer screen. “It also messes with my sleep schedule, so sometimes I’ll wake up later or earlier than usual,” Moss said.

To lessen the discomfort, Moss said he practices different methods. “I take interval breaks when my eyes start to feel pain,” he said. “I [will] go rinse them out or go into a dark room and recess my eyes.”

Digital device users should adjust brightness on devices to prevent pressure on the eyes, according to the AAO website. Users should follow the 20-20-20 rule which allows for the eyes to rest after staring at a screen. For every 20 minutes look at an object that is 20 feet away for at least 20 seconds to relax the eyes.