6 books to read for Valentine’s Day

This Valentine’s Day, readers can stay in and celebrate by adding these hot reads to their lists. 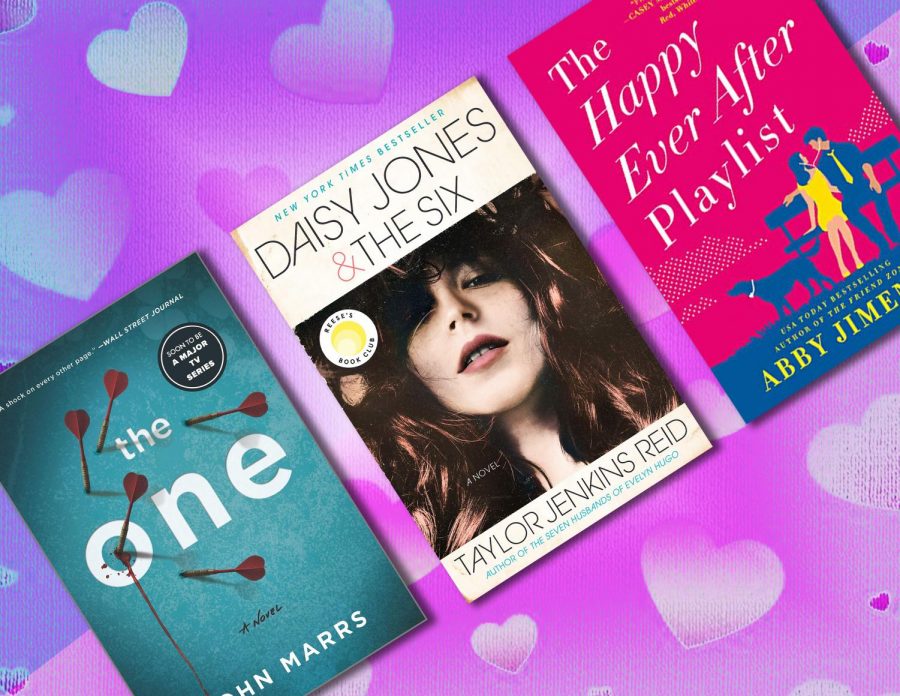 Kacen Callender brings a revelatory young adult novel that is overflowing with self-reflection and vulnerability. Felix Love is embroiled in the social politics of being a teenage boy in a private high school. Aside from the normal woes of being a teen, Felix yearns for a love of his own, but the yearning boils alongside a deep fear. Although proud of his identity, Felix fears being queer, Black and transgender might be a roadblock to finding love for the first time. This fear is magnified when Felix is named in a malicious pre-transition gallery of photos followed by transphobic messages.

“The Happy Ever After Playlist”

Sloan Monroe is hanging on by a thread. Two years after the death of her fiancé, Sloan finds herself in a never ending well of grief. She has given up her artistic ventures and is trying to just get by day in and day out. An unlikely encounter brings her world to a halt as a dog named Tucker jumps into her sunroof in the middle of the road. Tucker comforts Sloan, who soon assumes the title as Tucker’s owner. Eventually Tucker’s owner reaches out to retrieve him. Bothered by the abandonment of the dog, Sloan is not giving up her new pet without a fight – a fight that is the perfect recipe for a romance, transforming Sloan’s life.

First in a series of three, “The Bromance Book Club” gives a new perspective when it comes to the romance genre. Gavin Scott’s marriage is in trouble, major-league trouble. He has just discovered an embarrassing secret that is jeopardizing his marriage. His wife Thea has asked for a divorce and Gavin refuses to put his pride aside. When Gavin’s friends, Nashville’s elite alpha males, step in, Gavin is thrown a major curveball as he is reluctantly inducted into a secret male romance novel book club. Confronted with his issues of toxic masculinity, will Gavin give in to the Bromance Book Club or will he preserve his ego?

If romance is not your thing, this science fiction thriller will be your go-to for Valentine’s Day. Match Your DNA has made quite a startling discovery and promise. With just a quick mouth swab, Match Your DNA is promising to find “the one.” A perfect partner is just one DNA test away. Traditional dating and love concepts are rapidly dismissed at the thought of the perfect soulmate being one swab away. Five people have just been “matched” and are about to meet their one true love. Unfortunately, being the perfect match is not all it takes to reach eternal bliss. Science cannot overshadow come secrets.

In part two in The Brown Sisters series by Talia Hibbert, Danika Brown has love all figured out. Her thesis? Love is unnecessary. Dani is focused on her success and academia. Love is nothing but a distraction. What Dani needs is nothing more than a friendship, with benefits. Zafir Ansari, an ex-rugby player and current security guard of Dani’s workplace, might be the perfect candidate. However, a fire drill gone wrong generates a viral rescue video, and in the name of charity and children, Dani agrees to fake date Zaf. He checks all the boxes for Dani’s idea of intimacy caked with realism.

“Daisy Jones & The Six” is not your traditional Valentine’s Day book recommendation, but this interview-style novel will have you on the edge of your seat. Taylor Jenkins Reid pulls at the heart of readers as she takes you on a voyage with Daisy Jones and the band, The Six, as they rise to rock ‘n’ roll fame in the 1970s. In this coming of age story, the lead singer of the band, Billy, will show you a different side of love when life, fame and rock ‘n’ roll get thrown in the mix.