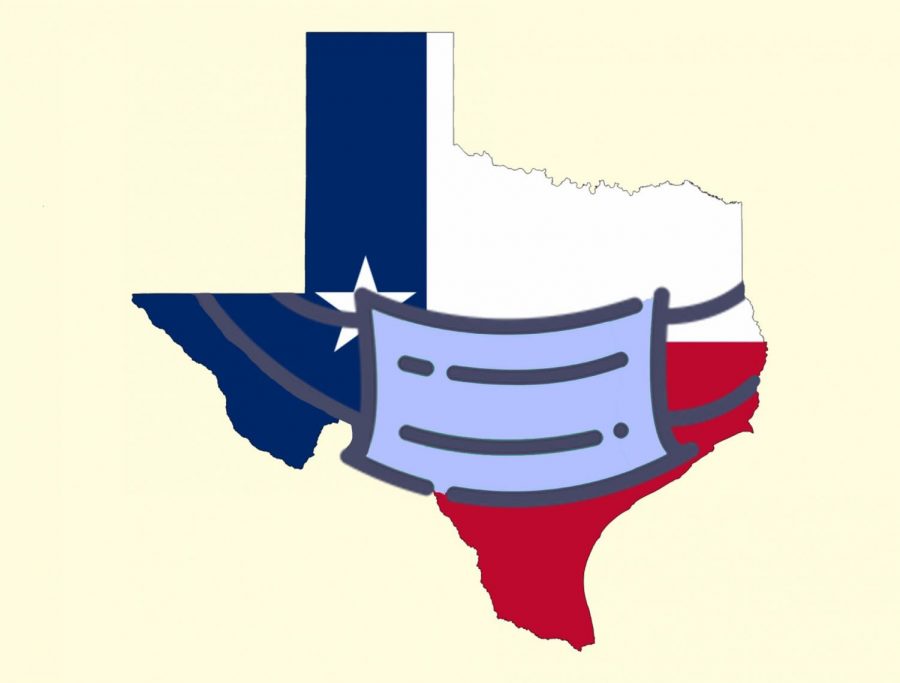 Texas Gov. Gregg Abbott announced March 1. he would be ending the state-wide mask mandate and allowing businesses to open at 100% capacity. According to an article on KHOU 11’s website, Abbott said businesses may continue to limit occupancy or require masks if they choose.

“Too many Texans have been sidelined from employment opportunities,” Abbott said. “Too many small business owners have struggled to pay their bills. This must end.”

Abbott said the decision was based on the state’s abundance of personal protective equipment, testing capabilities and antibody therapeutic drugs to treat the virus.

“Texans have mastered the daily habits to avoid getting COVID,” he said.

Abbott said more than 5.7 million vaccines have been administered to Texans, and the state set a single-day record Tuesday of 216,000 vaccines given.

Abbott said he vowed to ensure all seniors will be vaccinated by April 1.

According to Abbot, by March 10 over half of our seniors will have received a vaccine shot. “And by the end of this month, every senior who wants a vaccine shot will be able to get a vaccine shot,” he said.

Ovidia Molina, Texas State Teachers Association president, said: “Texans want to see all their public schools reopened, but they want to see them reopened safely. That includes continued safety practices, including mask use, and vaccines for educators.”

According to a Dallas Morning News article, Dallas ISD officials said they plan to continue to follow CDC requirements.

DISD Superintendent Michael Hinojosa said he hopes Texas Education Agency’s guidance will give districts discretion on related policies. “As long as I’m given my preference, we’re going to stay status quo with the masks for as long as we can,” he said.

Several DFW leaders have been critical of Abbott’s decision.

Dallas County Judge Clay Jenkins criticized Abbott’s decision in a tweet,writing, “You should focus on what doctors, facts and science say is safe; not on what Gov. says is legal.”

Fort Worth Mayor Betsy Price said Abbott’s order was premature, and called on Abbott to open vaccines for additional categories so more people could be administered the shot.

Abbott’s decision was praised by Republicans. State Rep. Jeff Cason, R-Bedford, tweeted he was pleased with Abbott’s decision and vowed to ensure shutdowns can only happen with legislative approval. “The Texas shutdown has cost our state jobs and impeded the liberty of all Texans,” Cason said. State Rep. Charlie Geren, a Fort Worth Republican and owner of Railhead Smokehouse in Fort Worth, said he thinks the decision is wonderful. “We’ll be moving furniture back in soon,” he said.

The new executive order is expected to go in effect March 10.