One student’s perspective of Biden’s inauguration 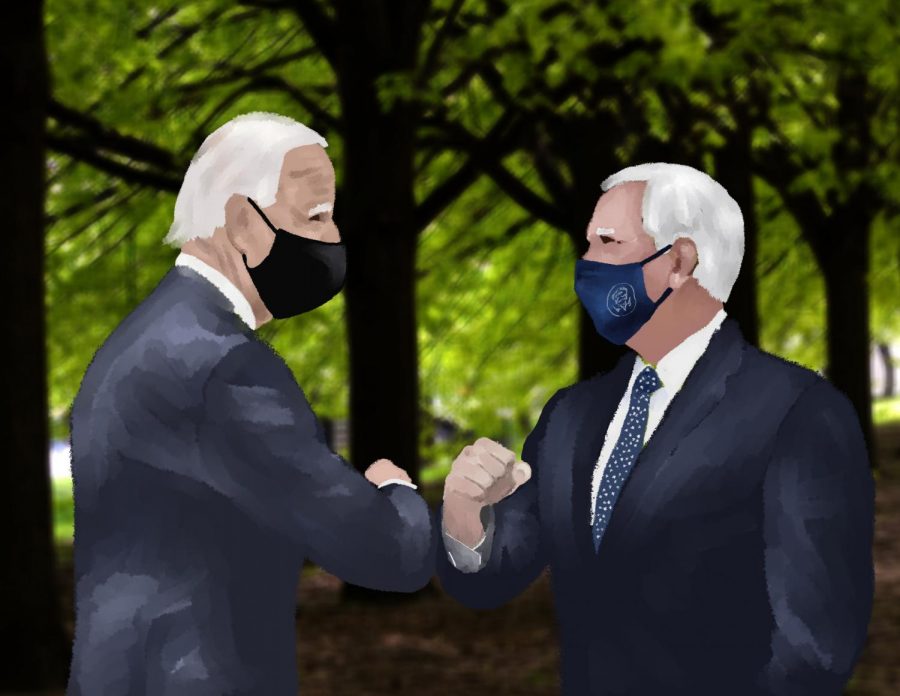 After 86 lawsuits, months of civil unrest and mayhem at the Capitol, Joseph R. Biden has been sworn in as president of the U.S. with Kamala Harris as vice president. If any election could be considered historical, this one takes the cake.

Not only did democracy prevail during a global pandemic, it resulted in a record breaking number of votes for both presidential candidates and led to the election of the country’s first woman and person of color to hold the office of vice president.

With so much name calling on the campaign trail, my expectation of the inauguration and the speeches were grim. How would the new president conduct himself? Would it be yet another show of  “I told you so,” or would any sort of progress be made to reconcile our differences?

In an article for CNN,  national political reporter Maeve Reston wrote, “The new president set out on the daunting task of uniting the nation by urging Americans to come together as they confront the deadly pandemic, an economic collapse that has left millions unemployed and deep divisions over issues of racial justice and police brutality.”

Despite anyone’s place on the political spectrum, it is obvious our country has been divided and strained for the past several years.

Already heaped upon the shoulders of students are the stresses of due dates, credit transfers and GPAs, with some students also working or raising a family as they work to complete their degrees. Having a political division in our country adds an unnecessary element of tension which I was encouraged to see addressed by Biden.

Biden’s words did not go unnoticed as he addressed the nation, his hand resting on a family Bible, calling Americans to put aside petty politics so we can overcome the humanitarian challenges facing our country.

This election trumped 2016’s with a record number of votes counted. This may have been due to health and safety restrictions, leading many people to vote by mail instead of risking getting sick by gathering and waiting in slowly moving lines.

Nearly two-thirds of eligible U.S voters cast a ballot last year according to Pew Research, fully demonstrating the power of democracy. Though I’m proud to have participated in such an event, I also recognize the more voters there are, the more people there will be upset that their candidate lost.

According to The Independent: “Mr. Biden also exceeded viewership of his predecessor Donald Trump, who watched the television ratings actively and closely. Nearly 30.6 million people watched Mr. Trump take the oath of office in 2017.”

Biden and Harris’ inauguration was the third most viewed presidential ceremony in the history of our country, falling only behind the inauguration of President Barack Obama in 2009 and President Ronald Regan in 1981.

It seems as though the American people were eager for a change of scenery. I am sure this year’s inauguration had the potential to be the most viewed if the controversy of the election had not been a factor. It is my speculation that, out of spite, many Americans did not watch the inauguration because they believe the election was stolen or invalid. Even Trump did not attend the ceremony.

According to Fox News: “Pence aides told Fox News that it would be logistically challenging for the vice president to show up at both the presidential inauguration as well as the Trump farewell ceremony, which was held four hours earlier at Joint Base Andrews. Trump was the first president in more than a century and a half to not attend his successor’s inauguration.”

Despite the drama, controversy and baseless claims that have been used as attacks against both of the major political parties, Biden and Harris’ inauguration ceremony was professional and impactful. It was a day of celebration, hope, unity and a plea for us all to set aside our differences so we may act as a collective group of Americans to push through hardships and lead our country into a brighter future.

“Today, on this January day, my whole soul is in this: Bringing America together. Uniting our people. And uniting our nation. I ask every American to join me in this cause. Uniting to fight the common foes we face: Anger, resentment, hatred,” Biden said during the inauguration.