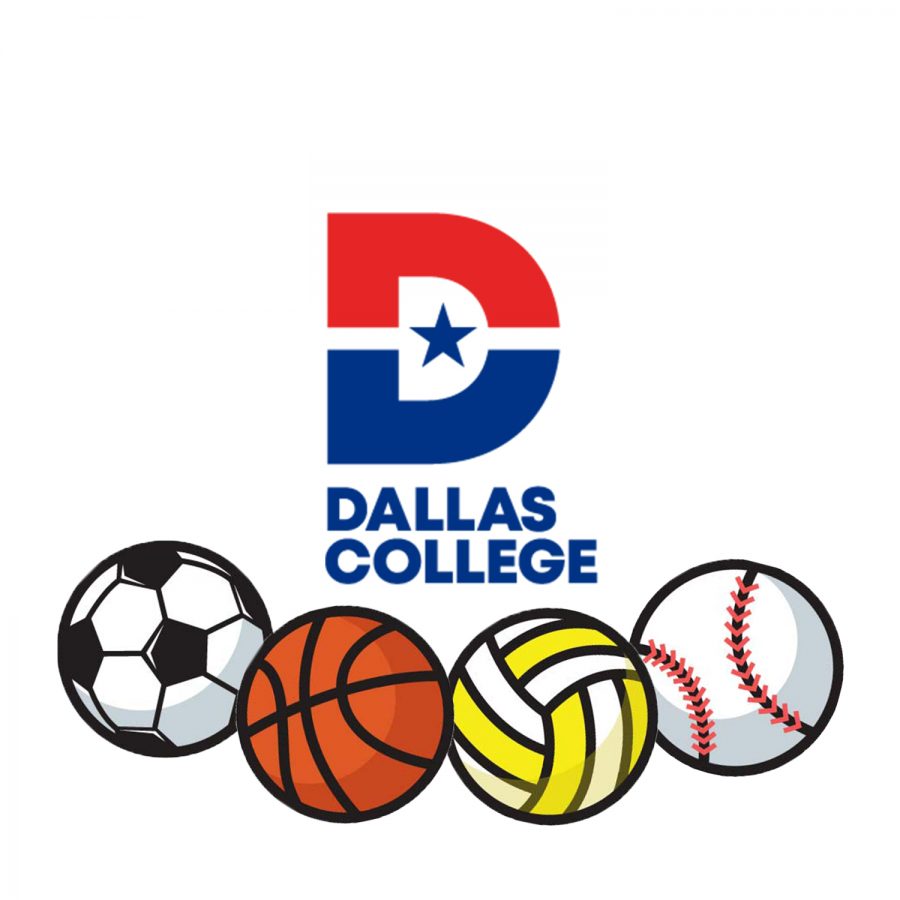 Dallas College student athletes said they were relieved after the administration decided to move forward with sports for the Spring 2021 semester.

Fred Clausen, Dallas College athletic programs director, wrote in an email to all campus athletic directors Jan. 15 that the administration canceled all sports for the season due to COVID-19. During a virtual meeting four days later, Beatriz Joseph, vice chancellor of student success, said the information was shared prematurely.

Joseph said safety protocols such as temperature checks would be implemented, and teams would only compete against other teams in the Dallas Athletics Conference.

Cindee Howard, a Dallas College Brookhaven Campus volleyball player, said: “I felt so relieved and excited to hear that we’re going to play. I tried not to get my hopes up too much because there was so much back and forth with the decision, but once they had the final call, I couldn’t have been more excited.”

Jonathan Boyer, a Brookhaven baseball player, said: “I was definitely hoping that the decision to cancel our season was going to be reversed. I think every athlete, every parent of an athlete and every coach was hoping that our seasons would be reinstated.”

Some student athletes disagreed with this season being canceled and felt it made continuing college difficult. Boyer said, “I felt it was extremely rash and unnecessary and was not in the best interest of [Dallas College] athletes at all.”

Boyer said if he could not play baseball, he would feel little to no motivation in his classes this semester. He said, “I was a click away from dropping all my classes for the semester and taking the spring to earn money by getting a job.”

Some athletes depended on the decision to continue with the season to proceed with other responsibilities. “Getting surgery on my knee depended on whether or not we’re going to have a season,” Howard said. “When it was initially canceled I started to plan on having surgery, but when I found out it was back on, it changed my whole game plan for the better.”

Student athletes must follow health precautions when playing in their sports. Howard said players should be smart and not take their playing field for granted. Players should wear their masks and follow all the rules in place.

Boyer said, “No matter how ridiculous you might think safety protocols are during this time, follow them because one slip-up and one outbreak can ruin it for the rest of your team, school and conference.”

Bryson Bennet, a Brookhaven basketball player, said he is adjusting to the new rules for playing during the pandemic. “It was a little weird at first having to wear a mask during practice, but now [I’m] getting kind of used to it,” he said. “I feel the same playing as if I would during a regular season because I feel safe out there knowing all the guidelines and things we have to follow.”