E-waste needs to be addressed 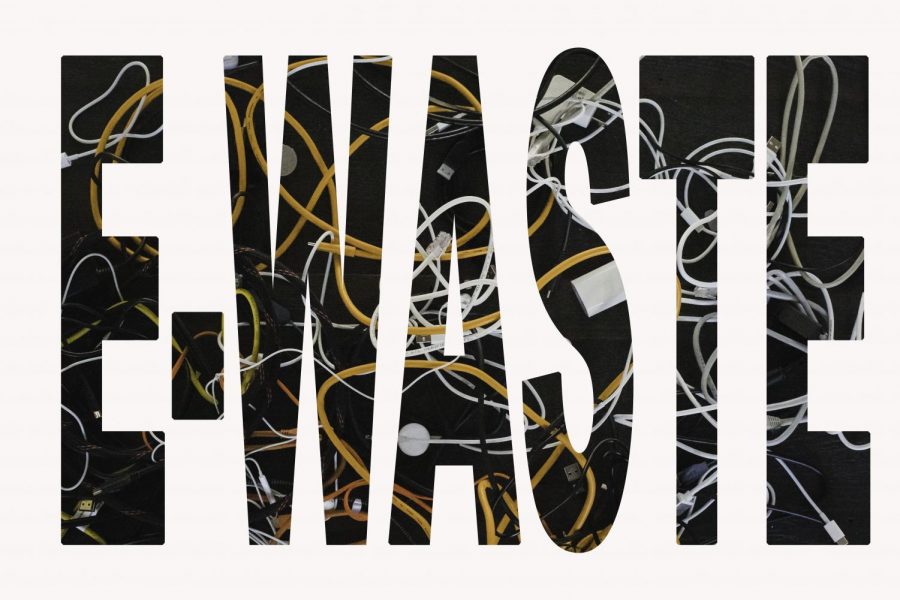 Today’s growing consumer demand for technology has kept the big tech industry booming. However, the ever-changing cycle of technology manufacturing and distribution has led to an influx of electronic waste, or e-waste, which has negative effects on the environment.

According to the University of California Santa Cruz, electronic e-waste is defined as any electrical or electronic equipment which is considered no longer wanted, not working or near the end of its useful life.

While the amount of e-waste continues to increase, it is not too late to address the problem. In the last few decades, several major companies have increased efforts to address and reduce their e-waste.

Amazon has a trade-in program for used Kindle devices which allows customers to trade in their used or non-working Kindle devices in exchange for gift cards. The program is free of charge and covers the shipping and recycling of the device. Before devices are broken down for materials they are wiped of all personal information to ensure customers’ safety.

In October 2020, Apple announced they would be removing accessories such as wired headphones, charging cords and adapters from their boxes. Lisa Jackson, Apple VP of environment, policy and social initiatives, said the company believes they may have upwards of 700 million pairs of wired EarPods and around 2 billion power adapters in circulation worldwide. “We know that customers have been accumulating USB power adapters and that producing millions of unneeded adapters consumes resources and adds to our carbon footprint,” she said at the October Apple event.

Brandon Morton, Dallas College Brookhaven Campus sustainability coordinator, said Dallas College is committed to furthering its sustainability initiatives with e-recycling. The seven campuses have teamed with Dallas-based company eRecycler to recycle computers and electronic devices when they are no longer in use.

Morton encourages students to recycle their old electronics responsibly and to look for alternative ways to prolong their life. “In addition to recycling, reuse is an emerging movement in e-waste,” he said. “Many people have also discovered creative ways to reuse electronics waste, for example making a wind chime out of an old computer hard drive.”

Several cities across the D-FW region and businesses have joined the effort to help reduce electronic waste. The City of Dallas Sanitation Services has four e-waste drop-off sites in Dallas. To find a drop-off site near you, visit dallascityhall.com.

The Farmers Branch Public Works Department allows e-waste to be dropped off at the Citizen Collection Center at 1399 Valley View Ln. If residents are not sure whether their items fall under the category of e-waste, they can visit farmersbranch.gov and search for the item in their e-waste database.

San Diego-based company ecoATM offers Dallas consumers a way to recycle old electronic devices such as broken smartphones, tablets, MP3 players and Amazon readers through in-store kiosks for money. The company has 15 kiosks throughout the D-FW area in stores such as Walmart and Kroger. To find a drop-off location near you, visit locations.ecoatm.com.

By working together and adopting more sustainable solutions, we can address the e-waste problem and protect our planet for future generations.