The Brookhaven Courier • May 14, 2021 • https://brookhavencourier.com/107206/arts-culture/local-vinyl-hot-spots-worth-visiting-in-dfw-part-2/ 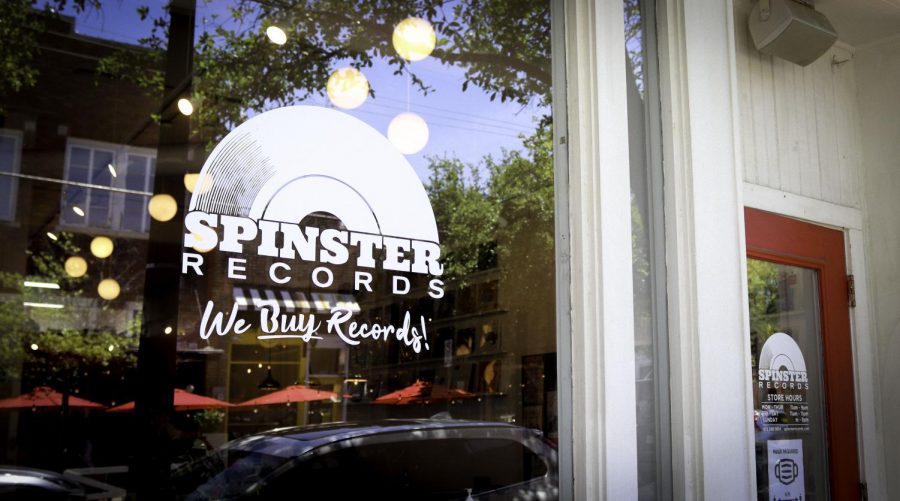 Spinster records is a must stop on the list of local vinyl shops to visit.

Editors note: For a complete list of of vinyl hot spots to visit, be sure to check out Part 1.

Everything shoppers want is available at the touch of a button. Being able to access and stream any song in the world via smartphones has replaced the traditional experience of setting a vinyl album on a record player.

Generation X, and even millennials, know the nostalgic feeling of popping in a disc in a CD player or boombox. Some of us can even remember getting into our parents’ record collection when they weren’t home.

Thankfully, there are some amazing record stores in the Dallas-Fort Worth area where we are able to feel like we have stepped back in time.

Located in the heart of Fort Worth, This record store is a staple in the community. They have been selling records there since 1957. According to the Record Town website, the store is considered a cultural landmark and historic treasure to the rich music heritage of Fort Worth. Record Town sells more than vinyl. They also sell guitars, mandolins and other accessories and music related items. Record Town also has an in-house staff available to help pick the right album.

According to the Forever Young Records website, they are the largest music store in Texas. Forever Young Records is located in Grand Prairie, and has an enormous selection of music to choose from as they carry over 250,000 items. Some of the items they carry are vinyl, CDs, music DVDs, cassette tapes and 8-tracks. They have something for every type of listener in the D-FW area. They also buy and trade items such as collectible memorabilia. Forever Young Records stands out from other record stores as they tailor to a wide range of clientele and can ship items around the globe.