The rise of Asian hate 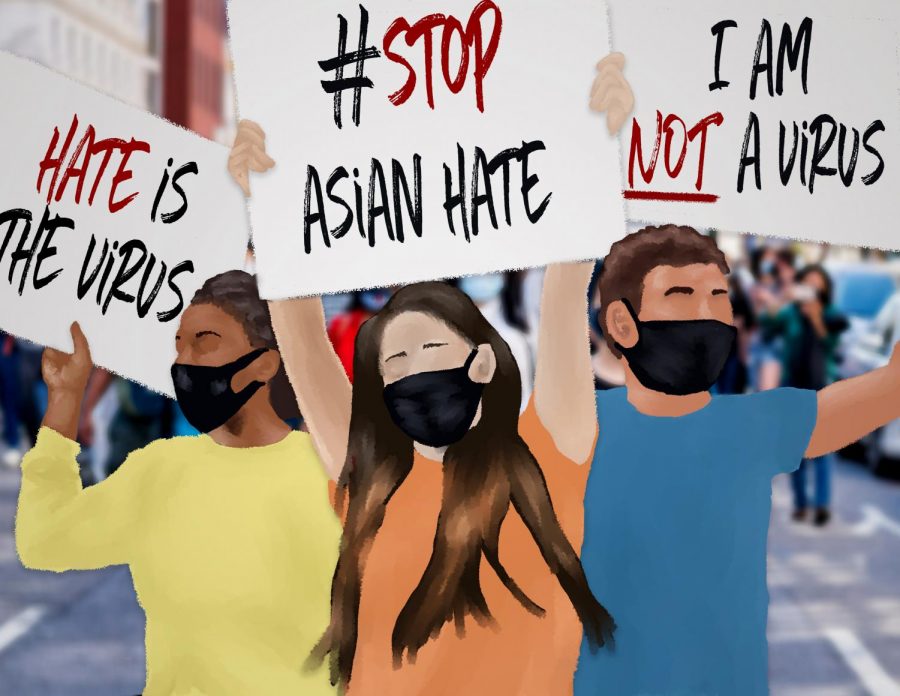 The pandemic has increased anti-Asian sentiment in the U.S. The first spike in anti-Asian hate crimes occurred in March and April of 2020. The spike occurred alongside a rise in COVID-19 cases and ongoing negative associations of Asian Americans with the virus.

Asian Americans began living in fear and anxiety. Zoe Tan, a Dallas College student, said: “Since the beginning of the pandemic, I feel like the world is pointing a finger at me since I am half Chinese. It gives me anxiety.”

Research suggests that when people see Asian Americans as being more “foreign,” they are more likely to express hostility toward them and engage in acts of violence and discrimination, according to NBC. Additionally, a study revealed that the use of “China virus” language to refer to the coronavirus, particularly by GOP officials and conservative outlets, resulted in a shift in how many people in the U.S. perceive Asian Americans.

In an email to The Courier, Mary Peacock, anthropology professor at Dallas College Richland Campus, said “The Pew Research Center reports that Americans have a negative view of China, with the percentage increasing significantly after 2018.”

“There were already rising tensions between the U.S. government and the People’s Republic of China, over multiple issues,” Peacock said. “There was rhetoric placing blame for these issues squarely on the other side. Then suddenly, there was the start of the pandemic. There was fear. People were sick and people were dying. People were losing jobs and income and whatever sense of security they had.”

According to NBC, an analysis of police department statistics revealed the U.S. experienced an increase in anti-Asian hate crime. Crimes targeting Asian people rose by nearly 150% in 2020.

Stereotypes and assumptions placed on Asians also feed the pressure and uncertainty. “It’s also important to realize that living with a general level of ‘otherness’ is part of daily life for many people from Asian communities who live in the U.S.,” Peacock said, “And even stereotypes that seem positive, like being the ‘Model Minority’ or smart or good at math, contribute to the perception of not really belonging.”

There is a complex variety of factors, but the fundamental reality is that there is an increase in the number of Asian Americans who feel unsafe, according to NBC.

“Since the beginning of the pandemic, I haven’t really been able to fully enjoy my time outside my house,” Tan said, “I am not thinking about being targeted all the time, but with the media talking about it constantly – I can’t help but have that fear in the back of my mind every time I leave the comfort of my home.”

The acceptance and inclusion of Asian cultures in Dallas College is expressed through cultural events. “We celebrate Lunar New Year and encourage students to wear cultural attire for the annual Multicultural Festival,” Peacock said, “Having members of your community as faculty, staff, and administrators can also help students feel a part of the campus community.”