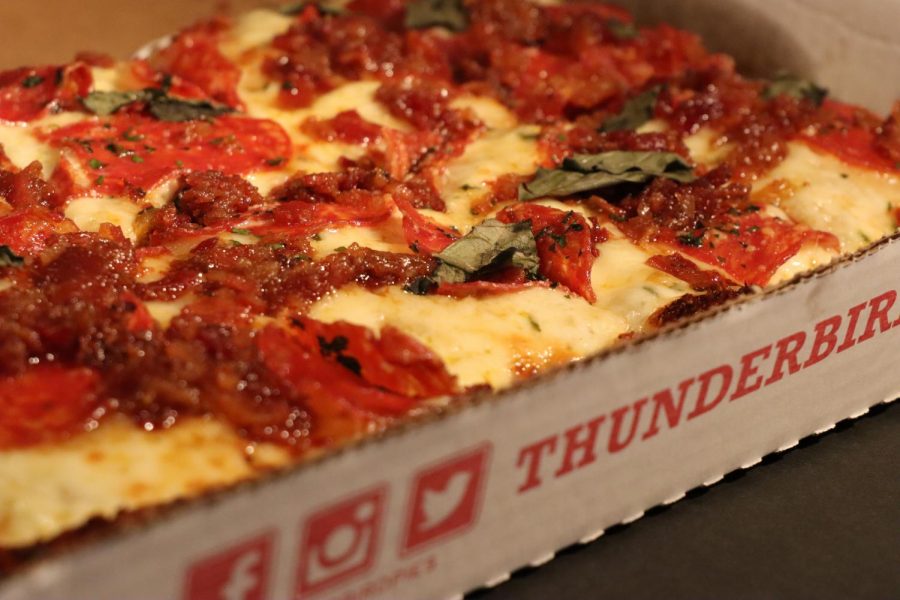 Detroit-style pizza is having a big moment in the Dallas-Fort Worth area since the beginning of the pandemic. Amid all this chaos, pizza experts, known as pizzaiolo, have creatively used this opportunity to deliver some truly amazing meals, taking risks and experimenting with something new.

Jay Jerrier, owner of Cane Rosso, said he saw pizza as a potential way to create opportunities for bakers and entrepreneurs to put their artistic touch on classic food.

Detroit-style pizza is winning the hearts of many people because it is the comfort food everyone is looking for, especially in the middle of a pandemic.

Another Detroit-style pizza concept making rounds in Dallas is Thunderbird Pies, a new venture from the creators behind pizzerias Cane Rosso and Zoli’s NY Pizza. Jerrier said the great thing about quarantine is it gave them time to experiment with a style of pizza they knew and loved from some of their favorite pizza places, but there weren’t any places that offered those options in Dallas.

8 Mile Pies started with a cult following and sells out of its pizza with the help of Instagram. The idea of 8 Mile came from Christopher “Phanzy” Phan’s home kitchen. According to the Dallas Observer, Phan started out selling the pizzas to just his friends and family.

8 Mile is recognizable in Detroit culture. The name comes from the 2002 film starring rapper Eminem and the famous street that divides Detroit – Eight Mile Road. Phan said he wanted to have a name that people knew and something that said Detroit.

Anna Swann, founder of modern Filipino restaurant Ulam, posted about 8 Mile Pies Instagram which helped spread the word more. Swann knows Phan personally and admires him and anyone else who’s willing to take a risk of starting any sort of business.

She said he pivoted from his original pop-up concept General Tseaux’s in the best way possible. Swann said she knows from experience it is not easy to open a business, but if it’s worth it then follow that dream. Swann said to remember to share with followers, friends and families about businesses that need support.