Black LGBTQ+ artists to check out for Pride Month 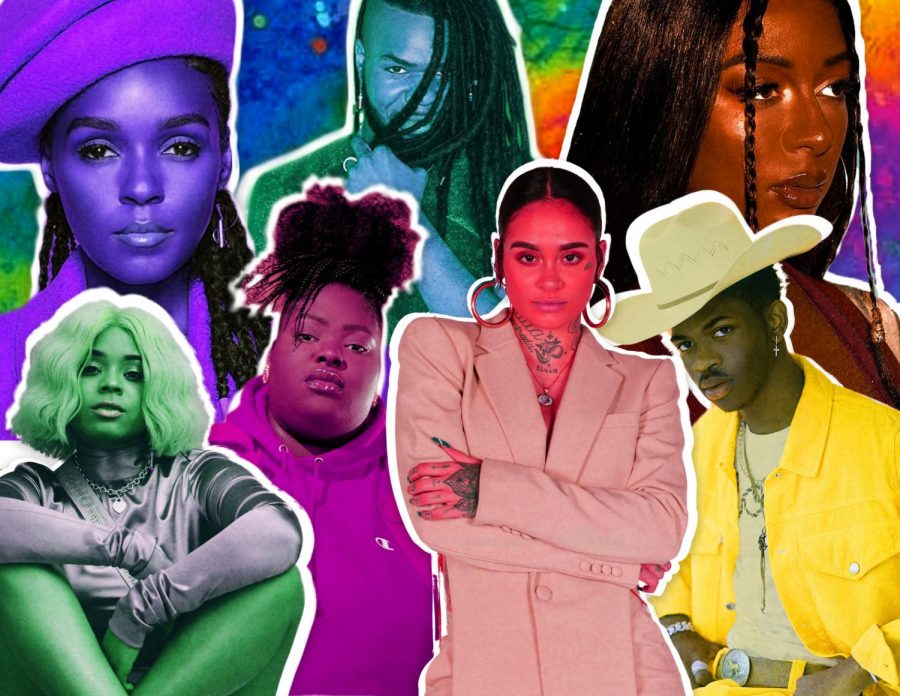 Black LGBTQ+ artists to check out.

Black LGBTQ+ artists are making a statement in the music industry despite intersectional hurdles. Here are six LGBTQ+ artists who are paving a way to the top of the charts for marginalized creatives.

At 19 she signed with Warner Chappell Music which earned her writing placements on albums of artists such as Fifth Harmony, Ariana Grande and Jennifer Lopez. In 2019 she released her debut album, “We Need to Talk,” with Atlantic Records.

She embarked on her first headlining tour in early 2020. The same year she released her sophomore album, “Coping Mechanisms.” In 2021 she found success in country music as a songwriter. Parx wrote the song “Glad You Exist” with Ryan Lewis and Jordan Reynolds for country group Dan + Shay. The song landed a spot on the top 20 on the U.S. Country Songs Airplay chart.

Grammy-nominated singer-songwriter Victoria Monet made her music industry debut in 2008 as a member of girl group Purple Reign. The group signed with Motown Records before disbanding. During her time in the group, she relied on songwriting to make ends meet and landed in the writer’s room for artists such as Ariana Grande and Nick Jonas.

As a solo artist she has released five EPs. Her most recent EP, “Jaguar,” made it to several best albums of 2020 lists.

U.K. pop sensation Uzoechi Osisioma Emenike, professionally known as MNEK, has written and produced songs for some of the world’s biggest artists including Madonna, Beyonce, Dua Lipa and more. With so many prestigious collaborations under his belt, it is no surprise the singer has positioned himself as one of the U.K.’s biggest R&B artists.

MNEK got his start in the music industry at age 16, working with famed U.K. production group Xenomania. He began his journey as a solo artist in 2015 with the release of his EP, “Small Talk.” Several of the project’s singles peaked in the top 40 of the U.K. R&B chart, cementing his status as one of the genre’s biggest artists. The same year, he released “Never Forget You,” a collaboration with Swedish singer Zara Larsson. The song was a success peaking in the top 20 of the U.S. Billboard Hot 100, marking his first appearance on the chart.

Grammy-nominated Pop R&B singer Kehlani Ashley Parrish got her start on America’s Got Talent season six as the lead vocalist in the group “Pop Lyfe.” After her appearance on the show, she exited the group and later emerged as a solo artist using her first name professionally. Kehlani independently released her debut mixtape, “Cloud 19,” in 2014 to rave reviews from major music outlets such as Complex and Pitchfork.

In 2016 she received her first Grammy nomination for Best Urban Contemporary Album for her second mixtape “You Should Be Here.” Since then, she has released two studio albums; “SweetSexySavage” and “It Was Good Until It Wasn’t.” Both debuted in the top five of the Billboard 200 albums chart.

As an accomplished actress and singer, Janelle Monae has worn many hats. Monae self-released her first musical project, “The Audition,” at 18. The album caught the attention of Bad Boy Records label executive Sean “Diddy” Combs who eventually signed her to the label.

In 2007 she released her EP “Metropolis: The Chase Suite” on the label which earned her a nomination for Best Urban/Alternative Performance at the 51st Annual Grammy Awards. Since then she has released three studio albums and racked up six more Grammy nominations including a nomination for her Billboard Hot 100 #1 song, “We Are Young,” with rock-band, Fun. In 2016 she flexed her talents on the silver screen appearing in “Hidden Figures” where she portrayed NASA engineer Mary Jackson.

Jane Chika Orinika, professionally known as Chika, is a Nigerian-American singer, rapper and poet who rose to fame in 2016 following a viral video of her rapping. From a young age, Chika was involved in the arts and was accepted into Berklee College of Music.

Her talent and viral success lead to her signing with Warner Records in 2019. After signing with the label, she released her first project “Industry Games” in 2020. That year she landed her first film role in Netflix’s “Project Power” and was featured on XXL’s coveted Freshman Class issue.

She was nominated for Best New Artist at the 63rd Grammy Awards. She was awarded Outstanding Breakthrough Music Artist at the 32nd GLAAD Media Awards.