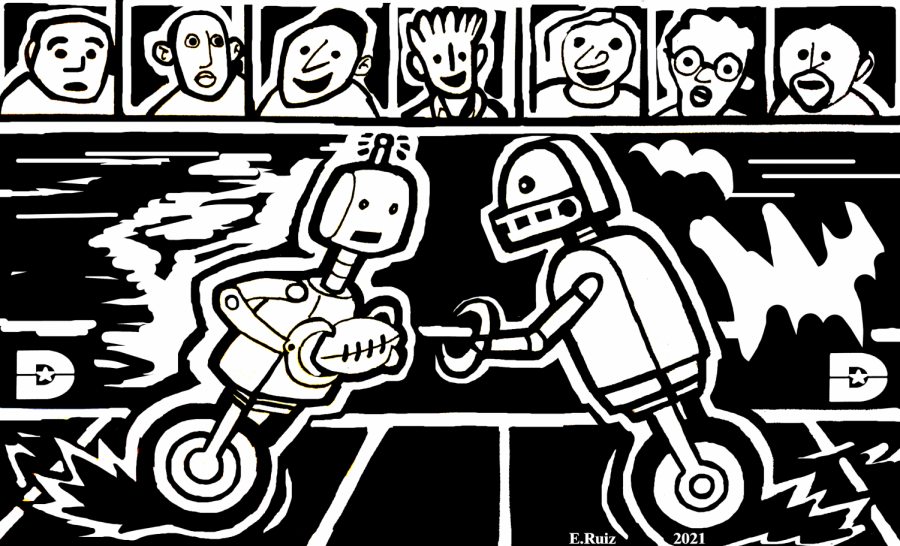 Dallas College Brookhaven campus has joined the National Junior College Athletic Association esports league. esports also known as electronic sports are a form of competitive gaming where individuals use gaming consoles, or computers to play video game titles against each other.

Students have the chance to put their gaming skills to the test with solo and team competitions, featuring popular gaming titles such as Overwatch, Rocket League and FIFA 21 and Madden. The league is set to feature game play across several gaming platforms as well as matches held exclusively on PC, Nintendo Switch and PlayStation 4.

Jones said the esports league will be a good addition to the college’s wide range of gaming degrees. “This could lead to lucrative career opportunities both in and out of the game design industry,” she said.

Former Brookhavean and Twitch gaming streamer Triston Davis said he would have been able to sharpen his gaming skills if the college had offered esports while he was a student.

He said the teams will help students build valuable gaming skills and friendships. “You discover new perspectives from others that are from different cities and ethnic backgrounds, and many other walks of life through one focal point and that’s gaming,” Davis said.

The college’s addition of the league comes on the heels of the esports rise in popularity. According to ESPN, more than 50 U.S. colleges and universities have varsity esports programs. The National Association of Collegiate Esports, doles out thousands of dollars in prizes to go toward scholarships for competition winners.

This summer the International Olympic Committee paired with game publishers and International Sports Federations worldwide to launch the Olympic Virtual Series. This marked the first ever Olympic licensed sporting event for physical and non-physical sports.

In recent years, the esports industry has taken North Texas by storm attracting big name investors and prominent esports teams such as Dallas Empire and Dallas Fuel. North Texas is home to Esports Stadium Arlington, the biggest esports facility in the U.S. The 100,000-square-foot facility hosts in-person and online tournaments.

Dallas based Envy Gaming launched in 2007 and has grown to be one of the gaming industries biggest esports gaming companies attracting celebrity partners such as Grammy nominated rapper Post Malone.

In order to meet eligibility to participate in a Dallas College esports team, students must be a resident of the U.S. and be enrolled in at least 12 credit hours at Dallas College. For more information on Dallas College’s esports league, visit dallascollege.edu/slife/athletics/esports/ or contact Sadiaa Jones at [email protected]