Community college should be free 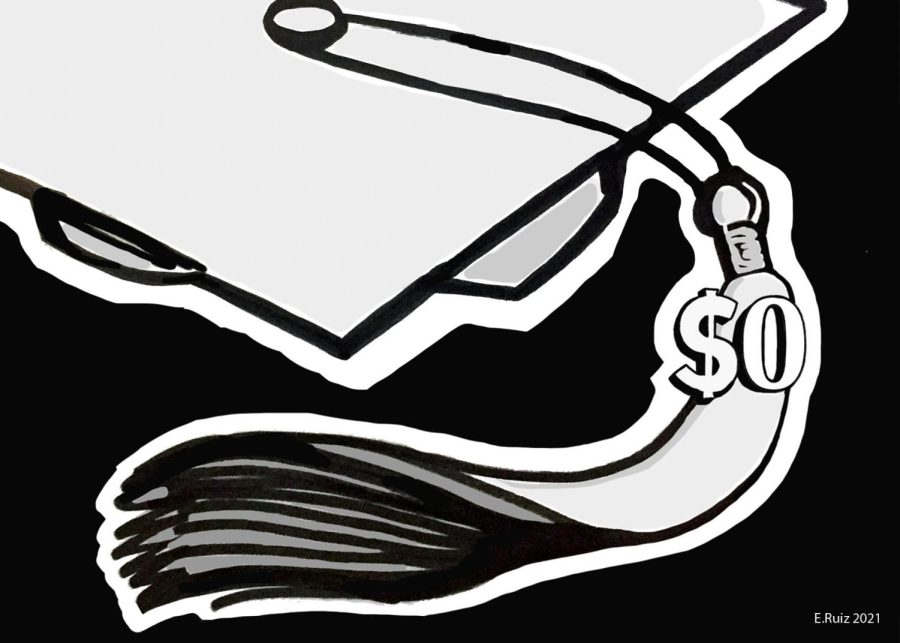 Paying for college can be expensive. When you take into account the financial burdens many have faced due to the COVID-19 pandemic it becomes easier to see why higher education institutions across Texas have struggled to hold onto students.

According to the Texas Tribune, the state saw a 4% drop in enrollment compared to 2019. The biggest contributing decline was among community colleges, which saw an 11% decrease in enrollment.

Data collected by the Texas Higher Education Coordinating Board showed community college enrollment has dropped below four-year universities for the first time since the 1990s. As a state, we need to take action in fixing this problem. An easy response to fix this problem is to offer free community college to students.

This initiative would be beneficial especially in states such as Texas where people of color and economically disadvantaged students underperform in school. Data released by The Texas Education Agency results for the 2021 STAAR test revealed the number of African American and Hispanic students scoring close to, at or above their grade level in both math and reading decreased at a higher rate than white students.

Data additionally revealed that economically disadvantaged kids saw a 6% decline in the number of kids who scored close to, at or above their grade level in Reading in 2021, compared to 2019.

If Texas were to work toward a plan of offering free community college it would empower more people to pursue higher education because they would have easier access to it. With better access, fewer people would have to work to be able to go to college and pay for their living expenses. Research compiled by the Center for Community College Student Engagement found the majority of students who attend community college also work simultaneously.

The research also revealed more than half of working students between the ages of 22 and 49 said they experienced obstacles with taking required courses. In fact, 17% of new college students have had to skip class at least once during the first three weeks of the semester for work obligations.

According to Forbes, two-thirds of community college enrollees end up with no degree even after spending more than half a decade pursuing their education. This would be a valid point, but we know community college students are often working their way through college, which can delay the process of finishing. With the barrier of cost, more people would likely graduate as they wouldn’t have the financial burden of paying for school.

Others say the community college system was free; it would be looked down upon and considered invaluable compared to 4 year schools. Education is valuable at every level.