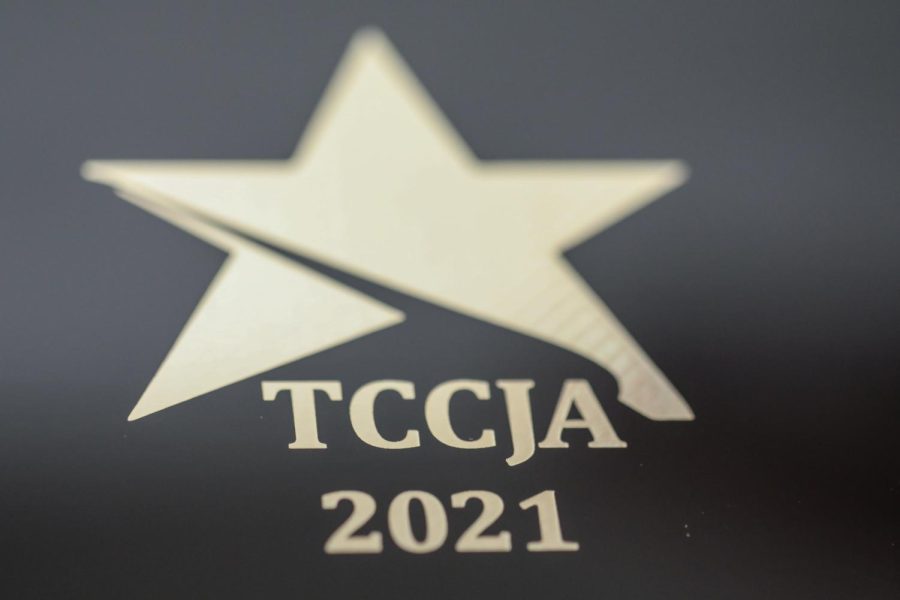 Top honors included first place awards in News Writing, News Photo, In Depth News Reporting and Headline Writing. In past years, the Courier editors have traveled to compete at the TCCJA convention which featured various live competitions against two year colleges across the state. In addition to live competitions, past events have included prominent Texas journalists from outlets such as The Dallas Morning News and Dallas Observer.

Daniel Rodrigue, student publications adviser, said: “While I’m a little disappointed our editors and students didn’t get to participate in any live contests at the convention this year, due to the ongoing pandemic, I’m beyond proud of the work our staff and students accomplished over the past year. In all but one category, students won awards for both entries they submitted.”

Current Editor-in-Chief Mykel Hilliard won second and third place awards for Critical Review as well as third place in Sports Feature Writing. “I could not be more proud of our current and former editors. Many of the projects we took on last year required extra time and patience due to the pandemic,” he said. “Hopefully we will be able to return to live competitions next year and get to work together again.”

Hilliard said he was pleased with the results of his individual awards. “I stepped out of my comfort zone last year and took on topics I had never written about,” he said.

Managing Editor Rosa Poetschke and Hilliard won several awards together including first and second place for Headline Writing and first place for Overall Excellence for The Courier’s website.

“It’s such an honor to have our website recognized,” Poetschke said. “In the absence of a physical paper, we focused our efforts on our website to keep producing engaging content.”

Poetschke said she was happy to see The Courier’s staff and contributors’ work being recognized despite the difficulties faced during the pandemic.

“Winning made me feel validated,” Gutierrez said. She said the wins helped her build confidence as she continues on in her professional journalism career. “Being recognized affirmed I am on the right path and I’m capable of great things,” Gutierrez said.

The in-person TCCJA convention is expected to return in Fall 2022.