Other holidays to celebrate during this season 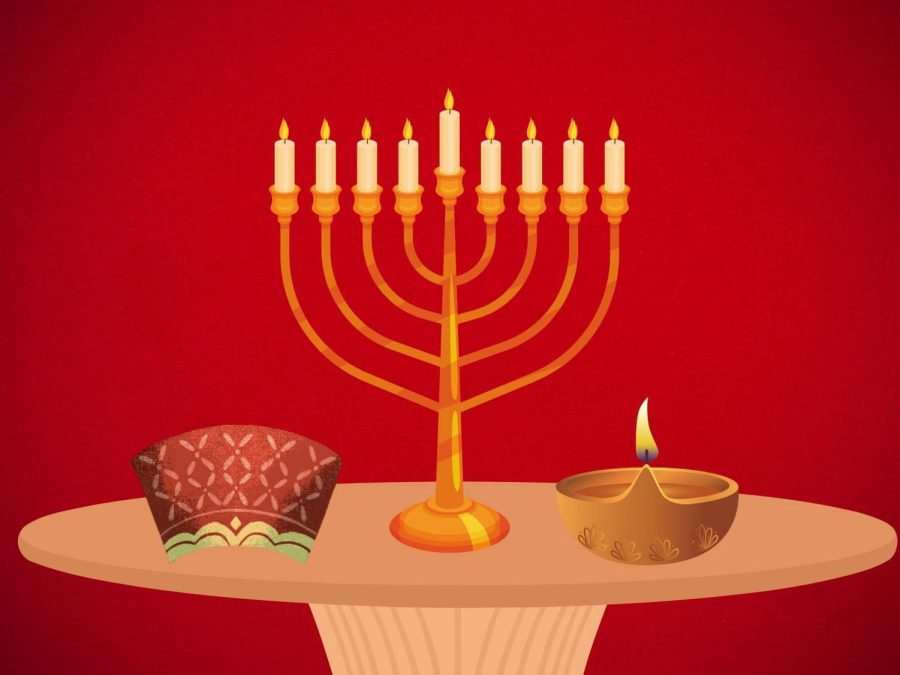 Every year, post-Halloween, stores everywhere are transformed into Christmas themed wonderlands decked out with Christmas lights and red and green. While a vast number of people in the United States do celebrate Christmas, non-Christian holidays are often pushed to the side and not given proper recognition. Texas is the second most diverse state, according to the U.S. 2020 census study. With Texas being a large cultural melting pot of people from different backgrounds we need to do more to promote and celebrate other holiday traditions besides Christmas, who may not receive designated time off to enjoy their celebrations. Looking to learn about other holiday traditions? We got you covered.

This year Hanukkah will be celebrated Nov. 28-Dec. 6. During Hanukkah, Jewish people typically celebrate with “A Feast of Dedication” a celebration of eight days and eight nights to commemorate the rededication of the Second Temple of Jerusalem. Traditions include the lighting of the Menorah, where each day a candle is lit until the end of the eight day period. Families gather and play games such as the dreidel. During Hanukkah  foods such as potato latkes and sufganiyot, jelly filled donuts. Food crafted for the holiday is often cooked in oil to pay homage to the oil in which kept the candles on the menorah lit. Food and games can be used to celebrate non religiously. However, readings from the Torah and singing of hymns can be used to celebrate religiously.

Diwali is a holiday celebrated by Hindus, Jains, Sikhs and some Buddhists, notably Newar Buddhists. The name of the holiday comes from the translation of Row of Lamps, where people use lights to protect themselves from spiritual darkness inside and outside of their homes.

The holiday is celebrated for five days and overlaps with the Hindu New Year.  This year on Nov. 4, millions of people around the world celebrated with festivals and concerts which often include traditional foods such as samosas and aloo bonda. The holiday is very spiritual, and offerings are presented at ceremonies where prayers and mantras are said in either Sanskrit or English.

Kwanzaa is a holiday which celebrates Black families’ culture and heritage. The holiday takes place every year from Dec. 26-Jan. 1 and is celebrated by families around the world. During the week-long celebration of Kwanzaa, families honor their ancestors by lighting candles, sharing gifts and gathering for meals.

The holiday was originally introduced in 1966 by American Maulana Karenga, as a response to the Watts riots and aimed to give Black Americans an alternative to Christmas. Kwanzaa became more popular in the 1980s and 1990s according to National Geographic. In 1993, President Bill Clinton issued the first official Kwanzaa greeting, saying: “At a time when we are seeking ways to revitalize our neighborhoods and empower those who have been powerless for too long, Kwanzaa encourages us to rebuild and gives us the opportunity to celebrate the strengths of the African American community.”

The Chinese New Year also known as Lunar New Year or Spring Festival is a holiday which spans 15 days. The holiday is celebrated to mark the end of winter and the beginning of spring and is spent with family and loved ones. During the 15 days various traditions such as cleaning and decorating, exchanging gifts and lighting fireworks occur. On the 15th day of the celebration festivals featuring lanterns and traditional Chinese foods are held across the world.  In the mid-1990s people in China were given seven consecutive days off work to celebrate Chinese New Year.