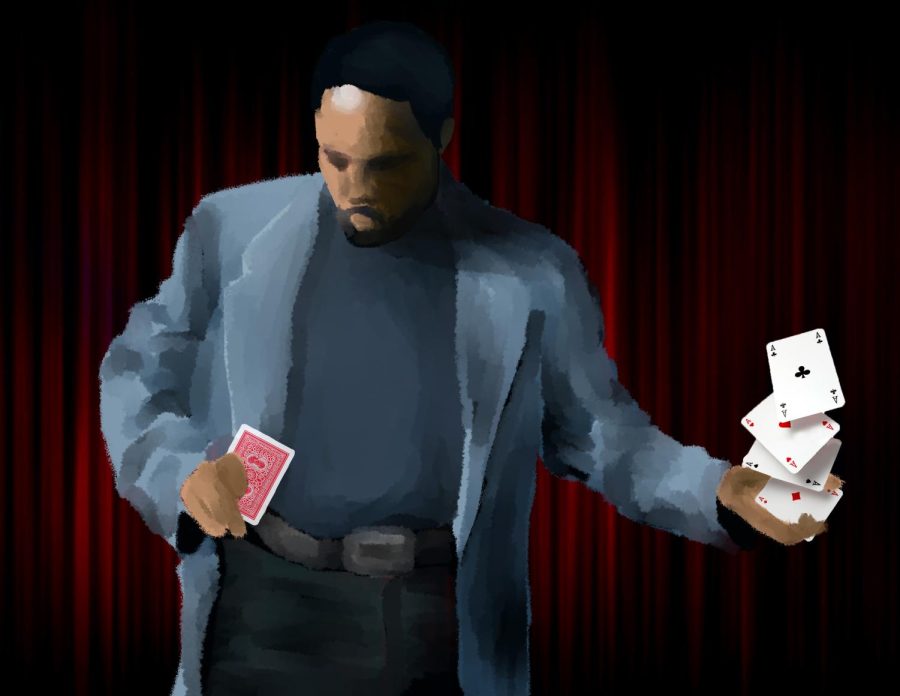 Magic is an art form that suspends  belief and engages the audience. Most have heard of magicians such as Harry Houdini, David Copperfield and Penn & Teller. But other magicians such as Henry “Box” Brown, Ellen Armstrong or Eric Dockery have not received the same recognition.

One of the first Black magicians in the U.S. was Brown. In 1849, Brown escaped slavery by shipping himself in a box on a train from Richmond, Virginia, to Pennsylvania. Brown’s daring escape to freedom earned him the stage name Box Brown.

Brown toured the U.S. as an abolitionist speaker and magician. During his act, Brown would perform magic. His work led the way for many Black magicians. His work inspired performance magic and opened a door for others to follow, according to magictricks.com.

Throughout America’s rich magic history, there have been women illusionists. Ellen Armstrong, born in 1914, was one of the first Black women magicians. Armstrong entertained audiences throughout the east coast for over 30 years.

She got her start performing in her father’s show as his assistant. In 1939, after her father died, she took over the show and became the first and only Black woman magician to tour her magic show.

Armstrong performed common tricks of the time but made them her own by giving her act a cultural twist.

Today Black magicians such as Eric Dockery continue to share their art and find unique ways to amaze audiences.

Dockery is originally from New Jersey but now lives in Allen, Texas. He said he grew up reading classic magic books, practicing close-up magic and visiting the magic shops of New York. He spent time with other magicians who frequented the same magic shops around town.

Dockery said he considers his work appealing to a wide range of audiences. Dockery said, “I’ve always tried to do a family type of show that your grandmother would not be embarrassed to see.”

After spending many years performing, he has learned what magic suits him best. Dockery said he uses sleight of hand to entertain his audiences.

Some performances can be a challenge, such as the time Dockery found himself street performing in Lynchburg, Virginia. He said: “I see a group of people that don’t look like me, right, staring at me. And I’m staring at them.” Dockery diffused the situation by going over and performing magic for the group. Soon, he had everyone laughing and having a good time.

For many years Dockery was a regular performer at Main Street Magic and Fun Company in McKinney until the shop closed in 2017.

Since the COVID-19 pandemic shuttered business, many magicians have turned to performing their acts online. Dockery said, “When I grew up, there was no such thing as the internet.” Now, Dockery can follow other magicians on social media and keep up with today’s sleight of hand artists.

Dockery said performers have to be able to create a show and understand the business side of performance magic.

He said, “You got to put in the work. You gotta work hard. It’s not instant gratification.”

In addition to Box Brown, other Black magicians paved the way for artists such as Dockery. Armstrong entertained audiences for 31 years beginning in the 1930s.

She traveled along the east coast performing mainly at Black churches and schools, according to magictricks.com.