Touching base with coach Thomas

Shaquille Thomas was named the interim head coach of the men’s baseball team at Dallas College Brookhaven Campus and has officially begun his first season as head coach.  He was an assistant baseball coach and sports information director at Texas College and an assistant coach at Brookhaven for two seasons before being named head coach. We sat down with him to discuss the journey that led him here. 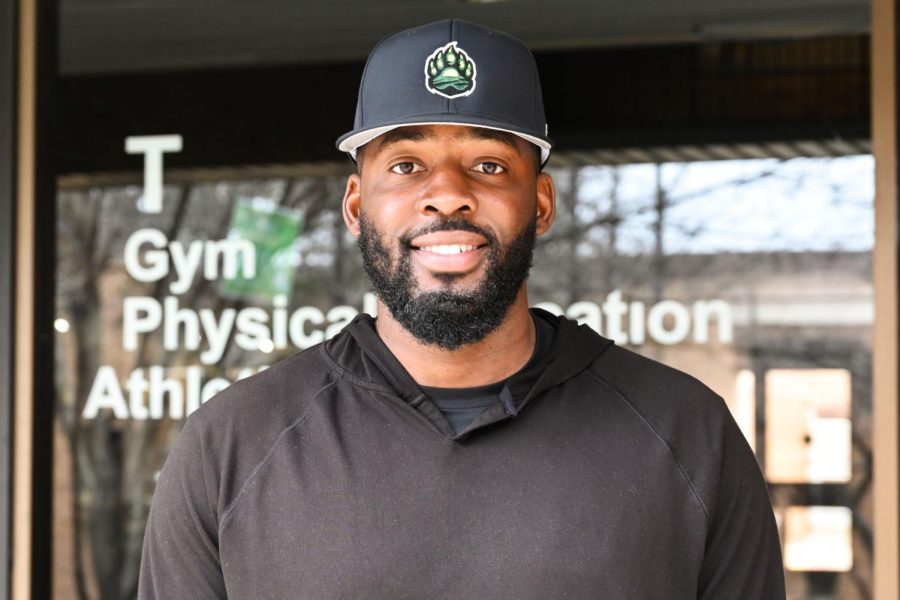 Q: Growing up what sports did you play?

Growing up I played baseball, football and basketball.

Q: How long did you play sports?

I played baseball all my life and into college up until I graduated. I stopped playing football around the age of 14 and basketball all through high school.

Q: Where did you play baseball in college?

Jarvis Christian College. It is a small HBCU in East Texas, about 20 minutes north of Tyler.

Q: In baseball what position did you play?

Up until college, I was a shortstop/pitcher. And in college, I pitched three games and played mostly in the outfield.

Q: What would you say inspired you to pick up coaching?

What inspired me to pick up coaching was my high school coach, Brian Anderson. Seeing how he acts with other players and how he gets the most out of other players started me on the coaching path.

Then seeing the coaches who came through my collegiate career, a lot of those guys as well had an influence on me in that background. It was something that I wanted to do, trying to help other kids get to new heights or heights that I couldn’t get and seeing them progress throughout the years.

Q: Who would you say was the biggest supporter in your journey to becoming a coach?

Miss Elissia Burwell. She was the athletic director at the time at Jarvis Christian College. She helped me kickstart my coaching career as soon as I graduated college. She was at my graduation and at that point she was the athletic director at Texas College. She said they were looking to start bringing in new coaches for baseball and she said, “If you’re interested, give me your résumé and we’ll go from there.” That’s kind of how I started my career.

Q: What are some challenges you had to face to get to where you are now?

Q: What was your reaction when you were told you were going to be the interim head coach at Brookhaven?

It was a bit of nervousness, being that it is a first-time head coaching position, but I also felt as if I deserved it because I have put my time in. Meeting new people and learning as much as I can about not just coaching but being a head coach, are the things that I’d have to look for as far as leading a group of young men.

Q: What would be your favorite part about coaching?

My favorite part about coaching would be seeing the players once they leave Brookhaven or any school that I have worked at. The ones that tell their parents they’re happy that I helped them throughout their careers. I still have kids who graduated from here who call me every day, thanking me and wanting me to help them with different suggestions. I think that’s the most rewarding for me, seeing those guys matriculate throughout their careers.

Q: Would you say there is good leadership on the team you have this year?

I will say we do have some good leadership on this team, but I also think this team is a tad bit younger and some of the guys are quieter than others. I think eventually we will get to that point. It’s just about the guys getting more comfortable in their roles and someone who wants to take the ring as that leader.

Q: What are your goals for this season?

My goal for this season is to compete, to have Academic All-Americans. I want the majority of the sophomores to be able to go to different schools to continue their careers. I also want to continue the history of winning here at Brookhaven with baseball.

Q: Beyond this season, what are your goals for Brookhaven baseball as a whole?

I want to continue putting Brookhaven on the map and be able to land local kids in the community. Being more known in the community. Putting out kids who are known for their academics so that other universities don’t have to worry about any of our players academically. Keep up the winning traditions and be able to eventually get a World Series appearance.