StemPlayer cost leaves many behind 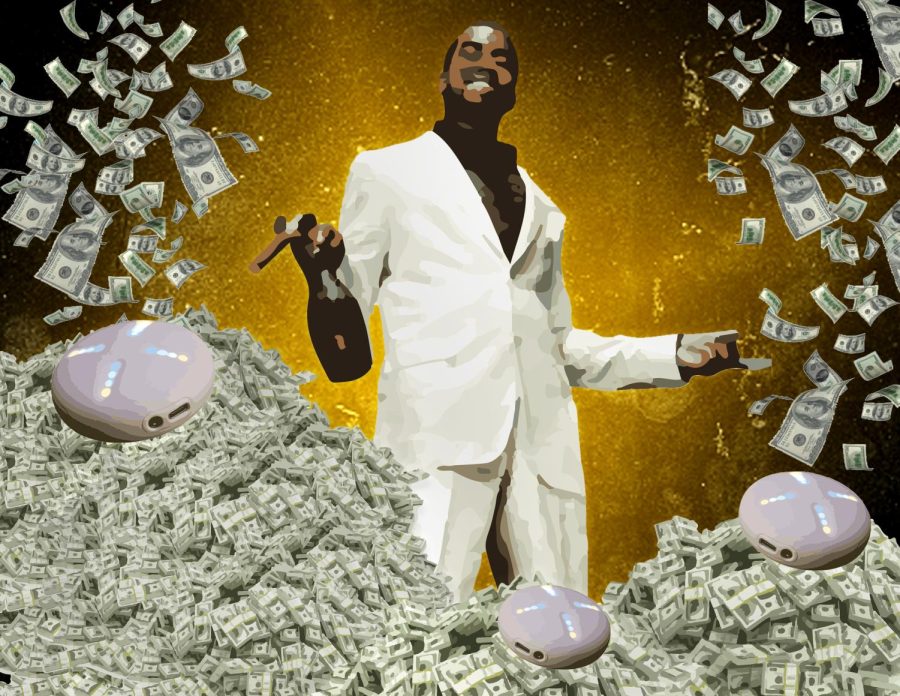 While the StemPlayer generates income for Kanye West, the hefty price tag of the digital player may alienate his fans.

As Kanye West developed his career and continues to earn more money, he turned to investing in his music. One of his latest investments is West’s proprietary digital music player, the StemPlayer.

West’s new player differs from an iPod or other digital music player. According to the StemPlayer website, West’s device allows users to manipulate the audio by cutting out vocals, turning down the beat or removing the instrumentation and leaving only the vocals.

West, now known by his stage name Ye, said in a statement promoting the player, “It’s time to take control and build our own.”

The StemPlayer promises the user can customize any song. The user can control vocals, drums, bass and samples; add effects; isolate parts; and split any song into stems, according to the website.

Stems are defined as stereo recordings sourced from mixes of multiple individual tracks, such as drums, vocals and bass, according to izotope.com.

West is using the StemPlayer to promote the release of his 11th studio album, “Donda 2.” The StemPlayer retails for $200 and will be the only way to listen to the “Donda 2” album release. At the time of the Feb. 23 release, the player included only four tracks from the new album.

I think it’s kind of dope. West is doing this because it really brings people into the world of music. With this player, the user now controls the music and becomes a part of it. More young people are making music today because of how accessible the technology has become.

The main downfall I see to the player, and many others, is the price. It’s off the chain to sell technology like that for $200 just to listen to a new album.

You can get a whole digital audio workstation for the same price on a computer with more accessible features and download the leaked songs for your personal use on your web browser.

If West really wanted more listeners, he would sell it cheaper. Often people think if it’s expensive, it’s exquisite – when that’s not the case at all. I believe kids genuinely look up to West like I did when I was younger, but they can’t afford to spend $200.

Do you think these kids are going to ask for this player for Christmas or their birthday when it only has a few songs to play and no screen? Hell no.

Additionally, not everyone is going to have all the same technology or hardware as a music producer to manipulate the StemPlayer. After purchasing the StemPlayer, you’re going to spend more money just to do more than a beginner could do.-

For fans who love West, what happens after listening to the album? Does the $200 player become a paper weight? Unless you plan to make music with the player, then you basically wasted your money.

West has to realize not all people want to create and play with music. Some people just want to listen. Failing to realize this means West is sure to lose revenue. This is why a lot of fans and critics complain and antagonize West for the things that he does.

While West may be a musical genius, he is tone deaf promoting an expensive digital music player. This player excludes low income and less fortunate fans from enjoying his music. In order to keep his sales, West has to drop that price down because that’s the only way people are going to buy it.