The Brookhaven Courier • May 16, 2013 • https://brookhavencourier.com/1611/opinion/monsanto-planting-seeds-of-monopoly/ 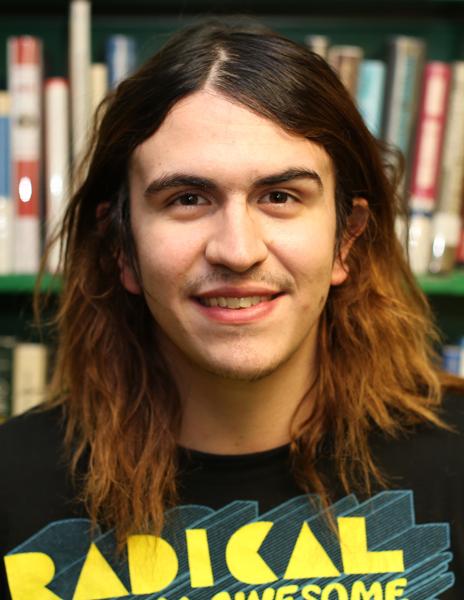 I, for one, have always been in favor of mutants. And food is no exception.

Whether talking about the Teenage Mutant Ninja Turtles, Spider-Man or genetically modified foodstuffs, controlling and manipulating the specific genes of organisms has always been a rational next step in the evolution of man. The ability to produce plants resistant to famine-causing maladies is an obvious advantage that I won’t even bother bringing up to the anti-GMO movement.

The question is not whether this new technology is good or bad, that concern rests solely with the corporations that hold the patents and supply the funding. The Monsanto Company seems to be where most of the remaining anger toward GMOs is coming from, and rightly so given their history.

Monsanto produced such fantastic products as the pesticide DDT that almost killed off the peregrine falcon; aspartame, an artificial sweetener with a questionable connection to cancer; and Agent Orange, a “military defoliant” which is still causing birth defects in Vietnamese children.

Clearly people will be concerned when this company introduces its new line of biotech seed, which is modified specifically to withstand the effects of pesticides produced by, you guessed it, the Monsanto Company.

The rising costs of seed and Monsanto’s near monopoly on the market in certain parts of the world have caused problems for farmers everywhere. Farmers in India have com- mitted suicide and the country of Brazil is suing Monsanto for “unfair collection of royalties” to the tune of $2.2 billion. Farmers using Monsanto’s biotech seed are trapped in an endless cycle of rising prices as Monsanto seeks to recoup the “$2.6 million a day” it spends on research, and all the while alternative seed suppliers are becoming more and more scarce.

This seed, which Monsanto has patented, allows farmers to plant crops closer together, without risking the chance of killing the crops when treating for weeds. While this leads to a greater yield for the farmer, Monsanto seed costs more than twice as much as non-GMO seed.

To make matters worse, Monsanto requires that farmers not gather the seeds their crops produce for further use in replanting. This forces farmers to purchase new seed every year at a premium, and because of the higher yield, even more seed needs to be purchased.

Farmers refusing to follow Monsanto’s “seed saving” rule have been taken to court an average of 11 times a year between 1997 and 2010, according to Monsanto’s website. I can’t help siding with Monsanto on this front. These farmers agreed to Monsanto’s terms when they purchased the seed and violating that agreement is the same as illegally downloading music, only Monsanto knows where the farmers live.

In this age of globalization GMOs hold the key to feeding the world’s ever increasing population, and Monsanto is developing products that can change the world for the better. The looming beast of capitalism is where Monsanto faces its biggest issue, and until the process of producing GMOs becomes more affordable or we become X-Men, people will suffer for the sake of progress.