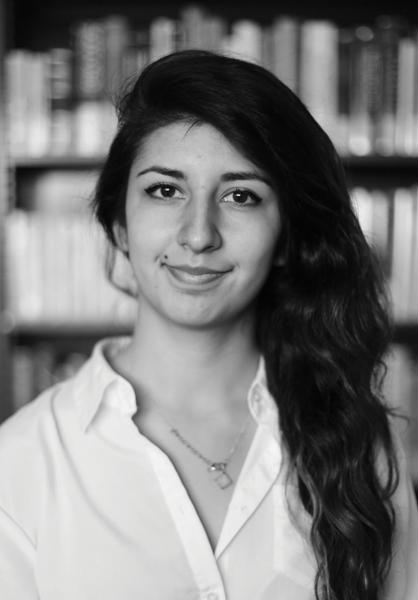 Sitting in the waiting room with butterflies in my stomach, I could not help but ask myself, “What if I don’t pass the test?” Ultimately, I would just end up paying for any extra test I took. Still, I could not shake off the eerie feeling that if I failed, I would get deported back to Mexico. I could not imagine failing so close to the finish line.

To become a naturalized citizen of the United States, it is mandatory to pass a test that primarily focuses on U.S. history. The test varies in length and can be daunting to those who have not prepared well enough in advance.

Waiting immigrants filled the room with foreign chatter and a harmony of nervous tapping feet. Some were silent, while others were busy cramming last-minute facts.

I tried not to think about the test. To distract myself, I filled my waiting parents’ heads with random facts I learned from Snapple bottles, until my mom, who was among the people cramming, glanced my way with disapproval. My dad was too focused on his Sudoku game to even notice me talking.

The door of the testing room creaked, announcing the presence of a young Latin American woman who walked out sobbing. The chatter in the room was reduced to judgmental whispers as she quickly weaved through the crowd. Holding a tissue, she attempted to cover her face, doing little to hide the smears of makeup her tears created. Her failure and shame seemed immeasurable. The whole room tensed. I wanted the test to be over, hoping for a better outcome than tears.

When my turn came, I could see other immigrants taking the test, which intensified my nerves. Everything from the spelling of my name down to my criminal record was scrutinized. Sitting there, I could not help but remember how all this started.

America stands for many things in Mexico. To many, America means hope. It is a place where the words poverty, hunger and failure do not exist. Such a life is only possible if you are willing to sacrifice something precious.  What I dreamed of as a child was not food and a roof over my head. My dreams consisted of school lockers, indoor cafeterias and being on a track team.

The process was fairly simple for us. We filled out the paperwork and showed up on time for the appointment. My dad’s company took care of the rest. A few months later, my father received a working visa, and after that, my family was off to America.

Three years later, we filled out the paperwork for our green cards. I was only nine years old and did not fully understand how precious it was. It was not until I received my full American citizenship that I realized the value in that simple identification card.

The test was not difficult, considering the amount of American history courses I have taken over the years. The government official asked 10 questions out of the pool of 100 American facts. I answered the first six questions right, so she did not bother to ask the last four. She pointed out a line that I had to read aloud and then asked if I could write a simple sentence.

Penning the last period at the end of that short sentence concluded my test. She handed me a paper stating the date of the citizenship ceremony. The ceremony itself was uneventful, but there was one last step we all had to take. In order to receive citizenship, we all had to give up our green cards.

In that moment, I realized how important that simple piece of plastic had become to me. I did not want to give it up. I would rather have my green card than a piece of paper that is just going to be filed away somewhere in my house.

Now that I am an American citizen, my destiny has been realized, and my past dreams of a prosperous life have become reality. The journey was long and often worrisome, but my family and I are living free and to our fullest potential in America.