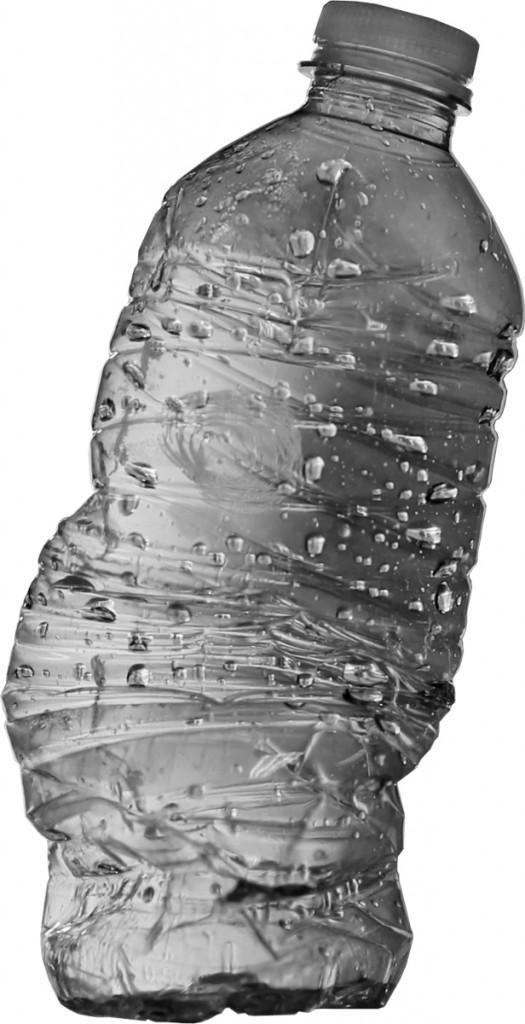 Clunk. It is the simple sound of a plastic water bottle being tossed into a recycling bin, but it has the potential to reverberate for generations to come. Brookhaven College students gathered in Room M123 to watch “The Story of Stuff” as part of the current Open Book Project. Carrie Schweitzer, assistant to the president, led a discussion following the film.

Plastics pollute nearly 40 percent of Earth’s ocean surface, accumulating in zones called gyres, according to an article by Charles J. Moore for The New York Times. The solution, Moore said, is to prevent synthetic debris from depositing in the ocean in the first place. This pollution problem is the focus of a 21-minute video created by Annie Leonard, founder of The Story of Stuff Project, in collaboration with Free Range Studios.

In the video, Leonard said everything humans consume goes through a process called the materials economy. This economy is divided into five steps: extraction, production, distribution, consumption and disposal. Aided by whiteboard animation, Leonard took a closer look at each step. Leonard began with extraction, “which is a fancy word for trashing the planet,” she said. One-third of Earth’s natural resource space has been consumed in the past 30 years. Additionally, she said if the world consumption rate equaled that of the U.S., the resources of three to five planets would be needed to sustain life.

Moving on to production, Leonard said toxic chemicals are mixed with natural resources to produce toxic-contaminated products. Over 100,000 synthetic chemicals are in use today, she said, most of which have not been tested for health impacts. Toxins are not only leaving factories in consumer products, Leonard said, but also as byproducts or pollution. U.S. industry releases over four billion pounds of toxic chemicals each year, she said.

Products move from factories to the distribution phase, Leonard said. “Distribution means selling all the toxic, contaminated junk as quickly as possible.” One way this is accomplished is by externalized costs. “In other words, we aren’t paying for the stuff we buy,” Leonard said. She also noted that people living in developing nations pay with the loss of their natural resource space, and factory workers pay with the loss of clean air and increased health risks.

Children who drop out of school to mine coal pay with their futures, and store workers often pay by covering the cost of their health insurance. “None of these contributions are recorded in any accounts book,” Leonard said. The next step is the golden arrow of consumption. “This is the heart of the system,” she said, “the engine that drives it.”

Leonard said America is a nation of consumers. Our value is measured by how much we contribute to that golden arrow, or consume, she said. Two strategies used to convince people to buy more consumer goods, Leonard said, are planned obsolescence and perceived obsolescence. “Planned obsolescence means [consumer good manufacturers] actually make stuff to be useless as quickly as possible so we’ll chuck it and buy a new one,” Leonard said. She gave examples such as plastic bags, coffee cups, cameras and computers.

Perceived obsolescence convinces consumers to throw away items that are still useful by changing the look of products, Leonard said. Owning an old, large computer next to a coworker with a new, sleek model is a prime example of this concept, she said. Advertisements exacerbate the problem, Leonard said. In the U.S., we are each targeted with over 3,000 advertisements a day. “What’s the point of an ad except to make us unhappy with what we have?” she asked. This discontentment causes Americans to shop, Leonard said, which, in turn, requires people to work one or two jobs to pay for the goods they buy.

After work, she said, people come home exhausted, plop down to watch TV and are subsequently bombarded with advertisements that brew discontentment all over again. “We’re on this crazy workwatch- spend treadmill,” Leonard said, “and we could just stop.” The last step, disposal, both pollutes the Earth and changes the climate, Leonard said. Burning trash in incinerators is the No. 1 source of dioxin, the most toxic man-made substance known to science, Leonard said.

Recycling helps, but it is not enough. “What we really need to chuck is that old school throwaway mindset,” she said. The old system was created, Leonard said. Therefore, we can create a new system based on sustainability, equity, green chemistry, zero waste, closed loop production, renewable energy and local living economies.

Schweitzer asked students what their reaction to the film was, with responses ranging from experiencing a sense of hopelessness to feeling selfish for being a consumer. Alexiss Rodriguez, a Brookhaven psychology student, said hypocrisy should be avoided. “Brookhaven’s on this global-weirdness-go-green bandwagon.” And yet, she said, students are asked to buy countless textbooks and encouraged to read “Global Weirdness.”

Rodriguez said she wonders how many trees were cut down for those books. One solution, she offered is for Brookhaven to require e-books instead of textbooks. “Real action by bigger groups is going to show … smaller groups that they really do care.” Brookhaven librarian Lois Wagenseil said if people stop buying bottled water, the corporations will have to stop manufacturing them. “It’s a small thing you can do,” she said. “But it also sends a signal to the corporation.”

Georgia Alvarez, administrative assistant to the instructional dean of the social science department, said she browses Pinterest for ideas to repurpose items ordinarily thrown away. “I’ve had fun … figuring out ways to use things I already have.”

Recycling and donating to Goodwill are some ways Schweitzer said she tries to help the environment. She said examining the changes people can make in their own lives and increasing our awareness are steps towards making a difference. “We can’t allow ourselves to go into the hopeless side of things,” Schweitzer said. She encouraged Brookhaven students to learn about sustainability, to raise awareness and to become civically engaged.

“We have to become knowledgeable,” Schweitzer said, “and we have to impress upon our representatives that it can’t be business as usual.” According to the Brookhaven website, the next Open Book Event is at noon on Nov. 5 in Room S220