Former “biospherian” to give keynote speech at Cedar Valley College. 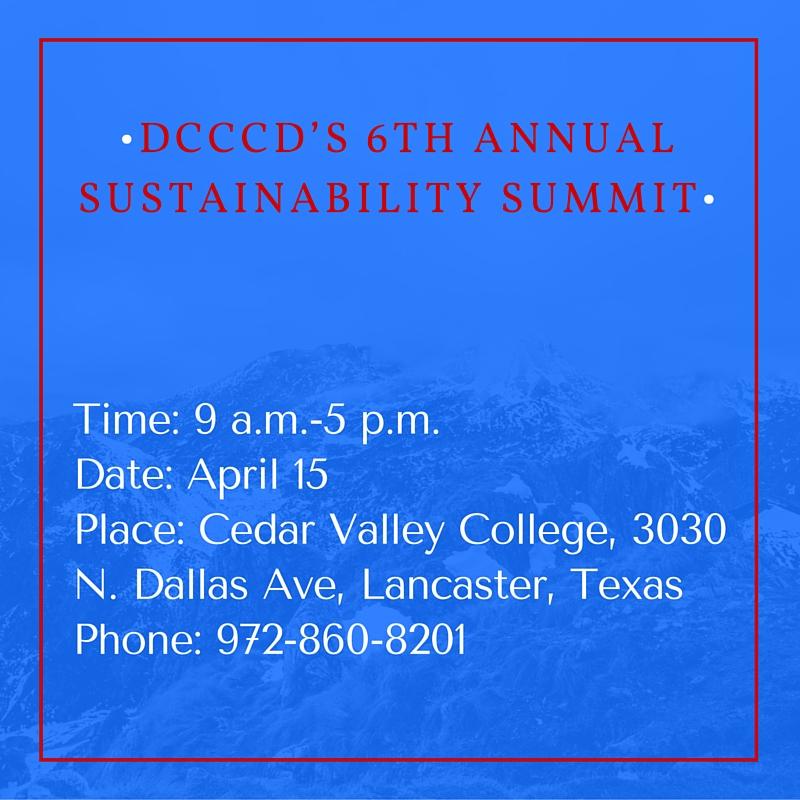 The summit will have 25 workshops, called Synergy Sessions, broken into 10 categories ranging from clean energy and alternative practices in healthy food systems to wildlife and the great outdoors. Each workshop will feature a Q&A session.

Nelson will discuss society’s need to make peace with the planet by using practical applications toward achieving sustainability, according to dcccd.edu.

Nelson is the chairman and CEO of the Institute of Ecology, a U.S. and U.K. non-profit research group based in London, which works to bring ecology and technics into balance, according to DCCCD’s website.

Nelson is a pioneer in ecological projects around the world, working on ecological restoration such as sustainable ranching, farming and orchardry in the tropical savannah of Australia and semi-arid temperate grasslands of Santa Fe, New Mexico, according to DCCCD’s website.

Nelson was also a member of the first team of “biospherians” who lived confined in an enclosed ecological system facility called a biosphere, for two years, according to his bio on the district website. There, he tried learning how to live in harmony with the Earth’s biosphere through studying global ecology while also using the two-year experiment as a prototype for long-term space habitation.

Cedar Valley’s Earth Day and Health Fair will also take place April 15 from 11:50 a.m. to 1:30 p.m. The fair will be followed by a 20-minute dedication and ribbon cutting ceremony for Cedar Valley’s Outdoor Environmental Learning Area.

The event will end with networking activities for attendees, including extra time with the vendors on site.

The Carbon Economy Series will host a full-day workshop with Nelson from 9 a.m.-5 p.m. April 16, according to Carbon Economy’s website. A $99 fee will be required for those interested in attending.