A new initiative, the Dallas County Promise, will pay for students from 31 Dallas County high schools to obtain their associate degree or spend up to three years at any Dallas County Community College District school.

DCCCD officials partnered with Commit, a Dallas nonprofit educational impact organization, to pave the way for the initiative, according to the DCCCD website.

“I think Dallas County Promise is an excellent idea,” Jennifer LaPrade, a Brookhaven College government professor, said. “I see so many Brookhaven students who struggle to pay tuition, but this new initiative will take some of that stress away for new students so they can concentrate more on their studies.”

In 2015, Tennessee became the first state to provide free tuition to high school graduates who attend a state community college or technical school, according to The Atlantic. Since then, 33,000students have enrolled in colleges, trade schools, or universities since 2014, according to The Dallas Morning News.

Currently, Tennessee has the highest Federal Application for Federal Student Aid completion rate at 75 percent, according to the Dallas County Promise website.

Proponents of the initiative believe it is working because of their message, marketing techniques, their support of applicants through mentoring and their progress tracking to report to participating high schools, according to tnpromise.gov.

Students who wish to benefit from the new Dallas program must complete the Dallas County Promise Pledge, complete the DCCCD application, submit the FAFSA forms and complete DCCCD registration, according to dallascountypromise. org.

“This new program can open the doors of education to more of our talented youth and give them tools they need to succeed and reach their goals in life,” LaPrade said. “I completely support Dallas County Promise, and I applaud its creation.”

According to the DMN, local officials are already seeing results, claiming there has been an increase in high school seniors filling out FAFSA forms from 48 percent to 56 percent.

Commit officials said 64 percent of Dallas Independent School District seniors who filled out FAFSA forms enrolled in college, which education advocates believe is a hurdle in itself.

Commit’s other programs include Early Matters Dallas, which focuses on improving early childhood outcomes, and Best in Class DFW, which aims to increase the number of effective and diverse educators in the Dallas-Fort Worth area, Commit officials said.

“A college education should be open to everyone, not only in the Dallas area, but nationwide,” LaPrade said. “This is a great step forward.” 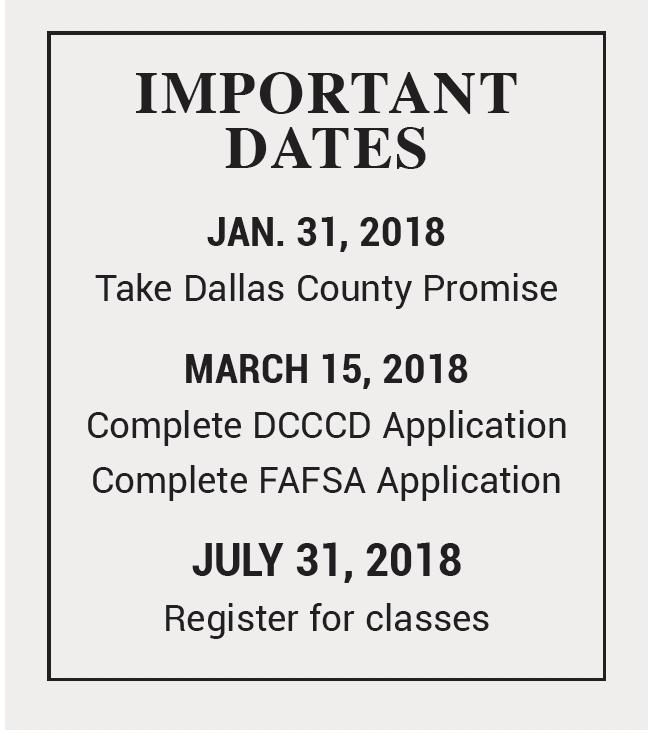