A utility vehicle sped back and forth between Parking Lot P1 and Brookhaven College’s baseball field hauling some much needed dirt. Clouds of earthy dust formed as each load was dumped on the diamond. The baseball field received a long-awaited renovation August 1.

The renovated field should help prevent rained out games because the dirt is at the level it is supposed to be, ensuring water will properly disperse, Kevin Hurst, athletics director, said.

A baseball field gets releveled every two to three years, Hurst said. However, it took five years, and consequently, six loaded semi trucks to bring Brookhaven’s infield back to level. 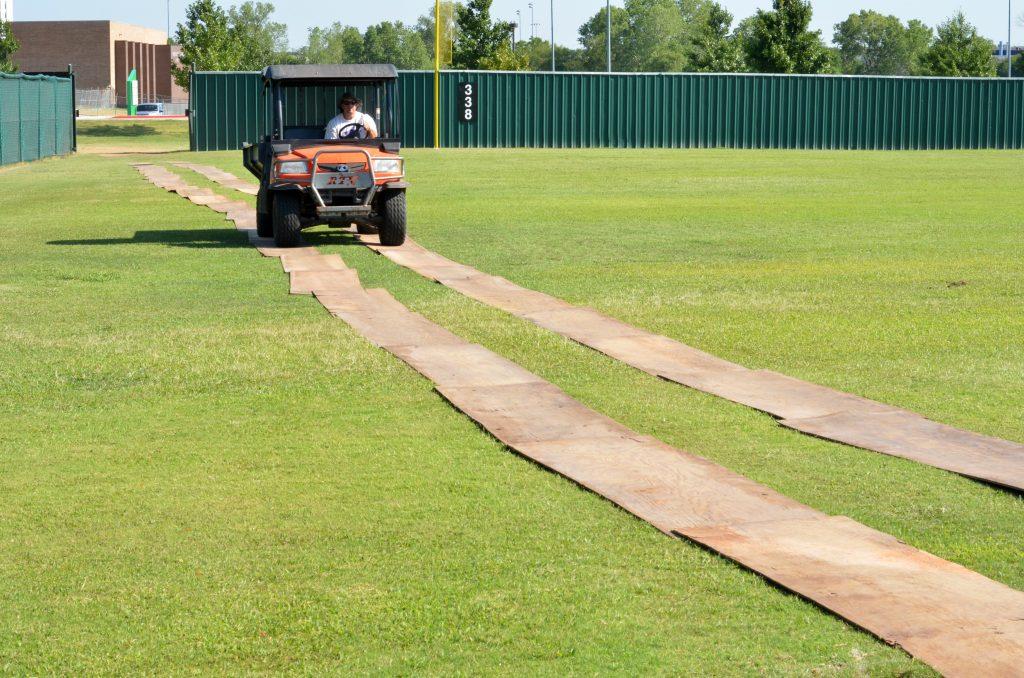 “We are very thankful that we are able to upgrade our facilities,” Brandon Rains, head baseball coach, said. “We are very pleased with the dirt that we got, and the grass and the field altogether.”

For the past couple seasons, if it rained on the day of a game, the game would be canceled, Rains said. Now, 30 minutes after it stops raining, the field is ready for play.

For the last five years, the athletics department has used MasterTurf, a baseball field maintenance product, to help maintain the aged dirt from erosion by thick rain and heavy wind. “The product, over time, basically hardens the dirt,” Hurst said. Editor

Rains said the longer a baseball field goes without new dirt, the more it will need. And the dirt is not cheap. While the field has needed new dirt for the last couple of years, the athletics department did not have the funding for the renovation until this summer, Hurst said. Going forward, the department will make sure their funding will account for this kind of maintenance every two to three years.

Now that the field has been releveled, Rains said, Brookhaven will once again have one of the best playing surfaces in the metroplex. He said the players will perform at a higher level because they will be more confident in their field.

CJ LoValvo, Bears third baseman, said there is a night-and-day difference on the field. Erosion issues last year caused some bad hops, which is when the ball takes an unexpected hop, such as a skip or hitting a sprinkler head, according to infieldfundamentals.com. 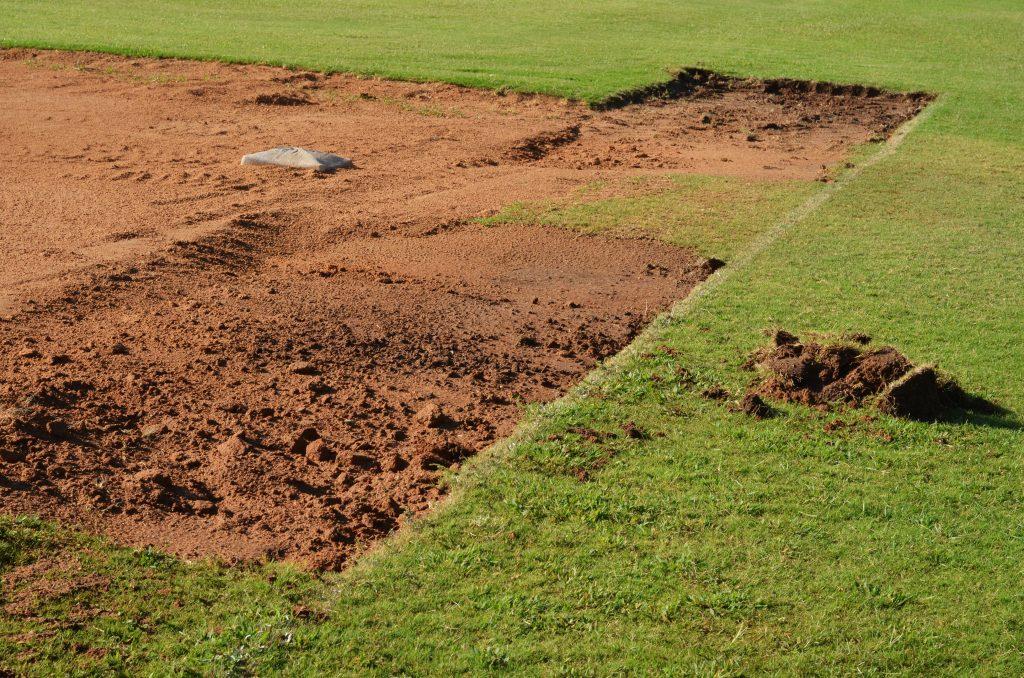 said he enjoys going to practice more now that the field has been fixed. “If you are proud of what you’re playing on, you’re going to play better and feel better,” he said.